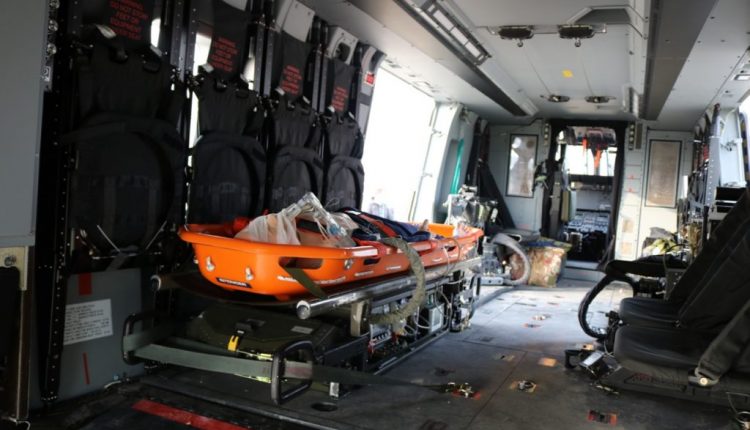 With the expansion of cities and consequent urbanisation, the use of basket stretchers is becoming ever more frequent, as they can be manoeuvred through tight and confined spaces where a normal stretcher would have difficulty because of the wheels (for example, along footpaths, in woods, on slopes, in collapsed buildings, etc…).

The story of basket stretchers

They first appeared in the 19th century during the US Civil War, thanks to the creative inspiration of US Navy Surgeon General Charles Francis Stokes. Litters developed over the years to cope with a large variety of problems. For example, seeing as most litters can be hoisted on ropes, they are now essential kit on helicopters; in addition, the shell is usually made of plastic, so they can be used at sea, especially when equipped with lateral flotation devices that keep them afloat. Basket stretchers can be hoisted, and note that nowadays, there are several models of litter on the market without a plastic shell, but with a ‘skeleton’ frame made of aluminium or steel, which reduces the sail effect caused by high-up turbulence. We see them increasingly present on sports fields and in the most important sporting events.

An important step forwards with this essential piece of rescue equipment has been made by Spencer who has launched Total, a litter always ready for use, built-in pliable plastic, so that it can be rolled up into a backpack.

The Italian company that designed this and other rescue solutions has also unveiled another exceptional basket, the Dakar, the only basket stretcher in the world with 2 wheels and 2 retractable handles, which means that a rescue worker working alone can transport a patient. It is interesting to note that there are also basket stretchers with covers, mainly for use in mountain rescues to shelter the patient from any falling rocks.

These are very versatile stretchers, suitable for any emergency situation, without which it would be extremely difficult to work in critical conditions. Who knows how they will evolve further and what surprises the main manufacturers of litters will reveal.

Ambulance stretcher vibration: a study on the dampening…

Ebola spreads on West Africa with a significant mutation