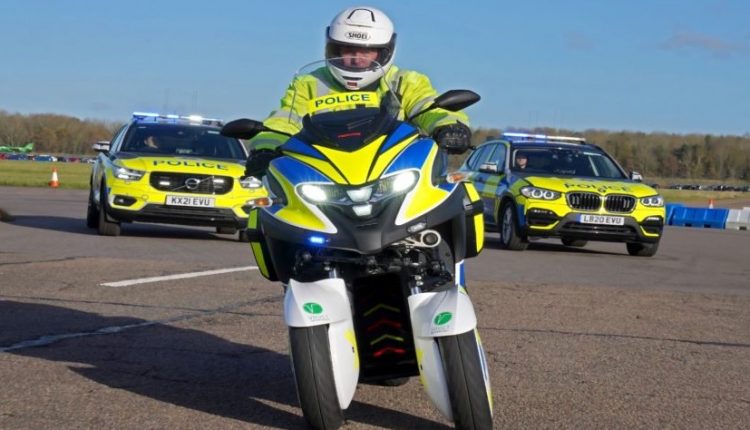 White Motorcycle Concepts (WMC) has unveiled its revolutionary new hybrid electric scooter, the WMC300FR, which will be used in first aid responses

UK, first response is also a scooter: the story of the WMC300FR

The WMC300FR is designed for fully operational first response.

The scooter will also be adopted by the British police, but undoubtedly it is in emergency response that it will prove its usefulness in saving lives.

This important achievement is matched by an equally useful one in the long term, that of reducing emissions, an issue in which Britain has already distinguished itself with the introduction of the hydrogen ambulance.

Carbon emissions will be reduced by 50% compared to conventional motorbikes and scooters already in use.

Designed and engineered specifically for first responders, the WMC300FR incorporates the patented V-Duct, significantly improving the aerodynamic efficiency of the motorbike and, when combined with the servo-driven hybrid engine, reducing CO2 emissions by up to 50%.

INTRIGUED BY THE MOTOMEDICA? LEARN MORE BY VISITING THE PIAGGIO BOOTH AT EMERGENCY EXPO

“Designed and engineered specifically for the first responder – says the British company White Motorcycle Concept -, the WMC300FR incorporates the patented V-Duct, dramatically improving the aerodynamic efficiency of the motorcycle and when combined with the power assist hybrid motor reduces the CO2 produced by up to 50%.

The WMC300FR also incorporates EGO detachable batteries that can be charge on a three pin plug, meaning that there is no requirement for additional infrastructure and waiting around whilst the vehicle charges. It is perfectly suited for urban and rural settings providing a low cost (purchase & running costs (104mpg)) alternative to community vehicles whilst reducing the CO2.

Finally, providing increased accessibility, the two front wheels means that the WMC300FR can be ridden on a car license and the standing assist system adds further convenience is urban areas where there are regular start/stops at traffic lights or junctions”.

A Bit Of Italy In Israel: 500 Piaggio MP3s In The MDA Network

The Force of Will, the award ceremony for the winners of the Spencer contest in splendid Florence