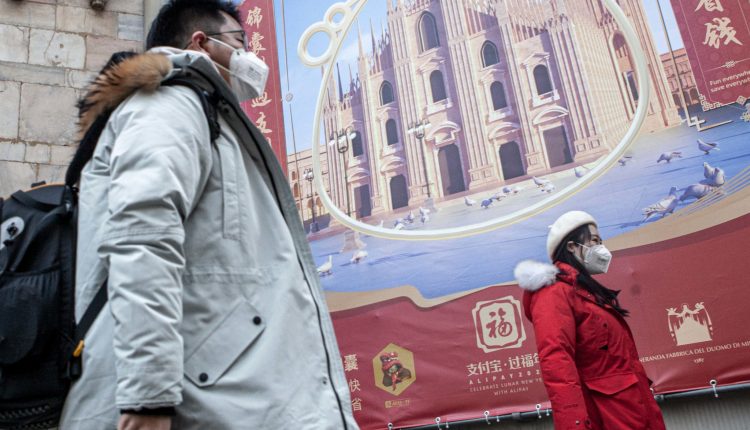 The Chinese Academy of Sciences said on Tuesday that the government had approved the emergency use of a new serum on 10 March.

The new vaccine is the result of a special experiment, the insertion of the genetic code of the ‘now famous’ Sars-Cov2 spike protein into a cell line from hamster ovarian tissue, which is then cultured into platelets.

This is the picture given by the foreign press, first and foremost the New York Times.

Initially, the scenario that seemed to involve inserting the spike protein directly into the ovary cells of still-living hamsters caused discussion about the approval of the latest Chinese serum.

Fortunately, this hypothesis was soon refuted by scientists, as this type of cell ‘is easily grown in the laboratory, and often used for medical research.

The prevailing concern about the latest approved serum is that ‘neither the manufacturing company nor the scientific institute that led to its approval has published data on the vaccine’s effectiveness since phase 3 trials, which are still underway in China, Ecuador, Uzbekistan, Indonesia, and Pakistan,’ The Newt reports.

Meanwhile, Uzbekistan has already approved the new vaccine on an emergency basis, and the Chinese Academy of Sciences has only made a brief comment: ‘Phase 3 is proceeding smoothly.

What is known about the Phase 1 and 2 trials is that ‘there were no serious side effects among the volunteers, and that the serum is capable of producing neutralizing antibodies on a par with other vaccines’.

The results of this study, however, the American newspaper points out, ‘have never been subjected to peer review’.

One of the major drawbacks is that the new serum ‘does not produce large quantities of T lymphocytes that help eliminate infected cells and prevent their spread’.

The problem is that ‘without these cells, the levels of antibodies produced may not be enough to eliminate the infection,’ Ooi Eng Eoong, professor of microbiology at the National University of Singapore, told the New York Times.

Vaccines produced in China seem to attract many and many. In Peru, for example, according to the Wall Street Journal, as early as September several ‘government advisers, lobbyists, heads of the cabinet in ministries’, and even the ‘previous president and his family were vaccinated with one of the first Chinese serums produced by SinoPharm (a state-owned giant in vaccine production, ed.)’.

It is no coincidence that the news has opened the line of inquiry known as ‘Vaccine Gate’.

The current president, Francisco Sagasti, spoke of an ‘outrage’ and reiterated that ‘those involved will no longer find a place in the government’.

The Peruvian scandal, reports the Wall Street Journal, ‘has highlighted the high risk of malfeasance that could take hold in the multimillion-dollar vaccine market if China starts selling its serums to developing countries.

Already in the Philippines, as in Uganda, presidents and their staff ‘have been vaccinated with SinoPharm serums’.

At the United Nations, however, the Chinese Minister of Foreign Affairs, Wang Yi, declared that the People’s Republic of China had never sought economic or political benefits from its vaccines.

Meanwhile in Italy, just this week, the first news of ‘famous’ people in the United Arab Emirates have taken the Chinese vaccine.

A place that, reports the Corriere della Sera, ‘is becoming one of the favorite places of VIPs for vaccines’.

Walter Zenga, the former Inter and national team goalkeeper, has been living in Dubai for some time, and on social media, he has taken on the role of virologist to explain his decision: ‘I chose the Chinese vaccine because of the technique used, i.e. the traditional method with an inactive virus.

With the addition of aluminum hydroxide as an adjuvant to trigger a reaction by the immune system.