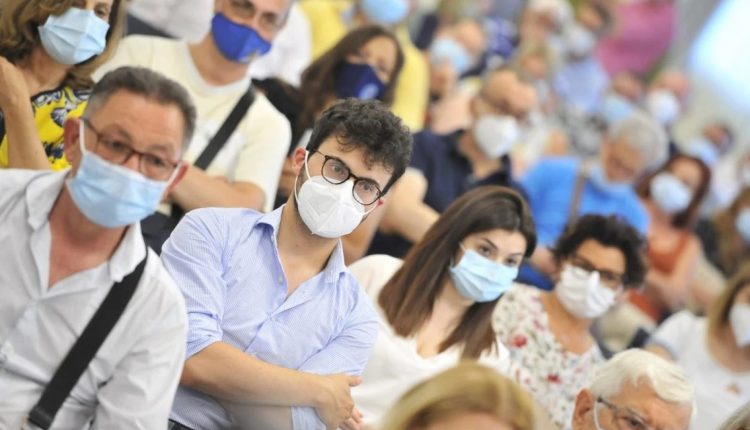 Covid situation in Italy: analysis by the President of the Gimbe Foundation

The president of the Gimbe Foundation, Nino Cartabellotta, said that ‘for six consecutive weeks the number of new weekly cases has been increasing nationwide (+22%) with a 7-day moving average that has more than quintupled: from 2,456 on 15 October to 12,345 on 30 November’.

In all regions there was a percentage increase in new cases: from 3.2% in Abruzzo and Umbria to 39% in Marche.

The number of deaths is on the increase: 498 in the last seven days, of which 14 relate to previous periods, with an average of 71 per day compared to 62 in the previous week.

The Gimbe Foundation’s head of health services research, Renata Gili, states that ‘on the hospital front, there has been a further increase in the number of beds occupied by Covid patients: compared to the previous week, there was a 13.7% increase in the medical area and a 22% increase in intensive care’.

The operational director of the Gimbe Foundation, Marco Mosti, reports that ‘daily admissions to intensive care continue to increase: the 7-day moving average has gone from 48 admissions/day in the previous week to 56′.

Mosti says that ‘considering that supplies in the last seven days amount to only 433,000 doses, the current pace of third-dose administrations has reduced mRNA vaccine stocks to 6.1 million’.

Compared to the targets set by the commissioner’s structure for the period 1-12 December, the objective for weekdays (400-450 thousand doses from Monday to Friday and 350 thousand on Saturdays) appears realistic, considering that since 24 November the daily doses administered on weekdays have been steadily above 300 thousand.

However, out of the 6.8 million unvaccinated people, two groups are growing too slowly, which is a cause for concern: on the one hand, 2.57 million people over 50 who are at high risk of serious illness and hospitalisation, and on the other hand, 1.16 million in the 12-19 bracket, which has a negative impact on school safety.

Data from the Istituto Superiore di Sanità confirm the reduction in vaccine efficacy 6 months after completion of the primary cycle, confirming the need for a booster.

THE THIRD DOSE OF COVID VACCINE IN ITALY

Chapter third dose. On 1 December (update at 06.15) have been administered 6,543,004 third doses with a moving average of 7 days that exceeds 250 thousand administrations per day.

On the official repository of the Extraordinary Commissioner on 1 December the audience for the third dose (n. 20,548,124) was updated by adding all the people vaccinated (with additional dose or booster) according to the indications of the ministerial circulars of 8 October, 3 November, 11 November and 25 November.

The national vaccination coverage rate for third doses calculated on the official population is 31.8% with clear regional differences: from 21.6% in Friuli-Venezia Giulia to 44.5% in Molise. Finally, space is given to the Omicron variant.

Variant B.1.1.529 has been given the name Omicron by the World Health Organisation, classifying it as a variant of concern because of the numerous mutations present.

However, to date the available data do not allow us to know whether, compared to Delta, the Omicron variant is more transmissible, causes more severe disease, is more likely to re-infect and may reduce the immune response to vaccines.

Finally, Cartabellotta explains that ‘in this phase of uncertainty we need to strengthen all interventions, following the principle of maximum precaution.

In particular, we need to increase sequencing activities by sharing the results in the Gisaid database, enhance case tracking and carefully monitor areas with rapidly increasing incidence.

For the population, the already known behaviours remain fundamental: get vaccinated and undergo the third dose when indicated, with maximum priority for the elderly and frail, use a mask in closed environments, possibly FFP2 if crowded, respect social distancing and ventilate rooms frequently’.

Covid, WHO: ‘By March 2 Million Deaths In Europe’. Alarm For Intensive Care

How is a Face Transplant Performed? - VIDEO