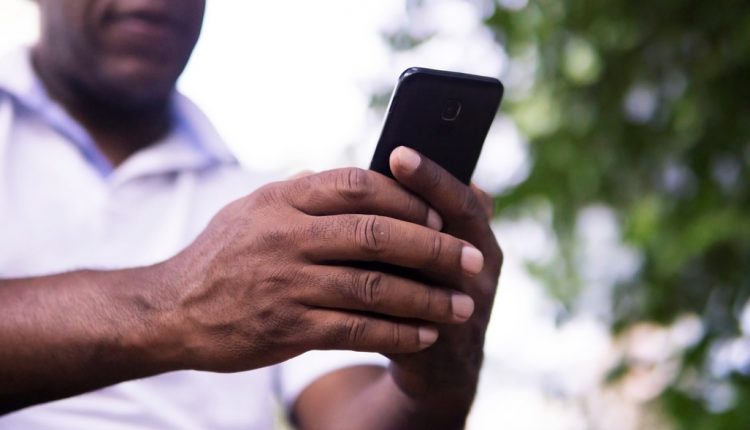 Modernising emergency communications requires a perfect balance between technology and human empathy. As the Next Generation 112 office points out, more and more citizens expect to be supported by emergency services through simple procedures and familiar tools

Video calls and eye-on-scene technologies have already begun to build this reality, as evidenced by the stories of Patrick, a 2-year-old boy saved from suffocation, and Alex, born thanks to remote support via video call.

Innovative technologies are used here, such as a reverse engagement tool based on sending a link to the caller’s mobile phone that initiates a video session between the PSAP and the citizen in case of emergency.

On 2 January 2021, the parents of baby Patrick called for help because their child was choking on a piece of food.

To manage the parents’ panic and guide them in Basic Life Support before the paramedics arrived on the scene, the emergency operator – Daniele Celin – initiated a video chat session with Patrick’s mother’s mobile phone. In addition to the standard telephone support, the communication was then immediately enriched by geolocation data and a constant video stream that – as confirmed by the parents – was crucial in saving the child’s life.

The convenience of an on-site visit is felt by rescue operators, with the clear advantage of overcoming the limits of verbal communication alone during case management.

The Italian experience highlights its importance, not only for overcoming panic situations but for checking that people are following instructions correctly, too.

An example? In the case of CPR. It is not only about basic life support operations. It can help the operator to decide the correct actions to take when sending help too.

SPREADING THE CULTURE OF EMERGENCY CALLING: VISIT THE EENA112 BOOTH AT EMERGENCY EXPO 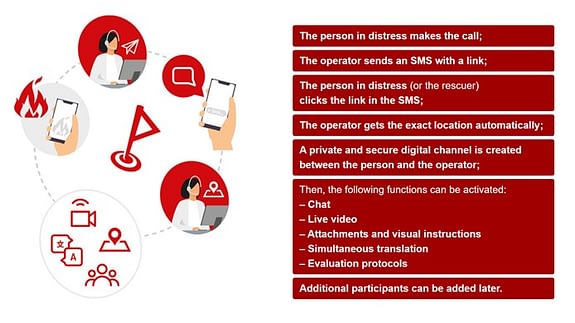 The multimedia perspective in emergency communications

Clearly, a video chat can easily be carried out by calling the citizen directly from a mobile phone. However, in this way, the contextuality with the intervention data is lost, and the possibility of archiving the video within the central systems is no longer possible.

The mobile support activated by the 118 services in Bologna for Patrick’s parents allows the citizen to use a means of communication that is familiar to him (such as recording a video with his mobile phone) and at the same time, the operator can maintain organised case management, archived in a secure and traceable way.

For all these reasons, technological support is not limited to making the video link – a fundamental but obvious operation – but to the correct setting of a crucial emergency management session. It is the process and the use case that drives the technology, and not vice versa. As always should be.

The Emilia Romagna 1-1-8 service can extend the video chat to external consultants, too, like a specialist doctor or a simultaneous translator (as per the principle of access equivalence): it is the basis for effective emergency service for the deaf.

In addition, the video link is used, also, to connect the Control Room with the responders in the field.

Video calling in emergency communications: a change that makes headlines

The need for more humane communication between people in distress and the emergency services is very much in the news.

It is demonstrated by the attention paid by the Italian national media to the Patrick case and to another episode that occurred in the same period: the birth of Alex, a baby born thanks to remote support via video call.

In Alex’s birth, video streaming technology was used by the 118 emergency services in Bologna to guide the father-to-be, who acted as a midwife in assisting the childbirth and supporting his partner.

The birth took place before the ambulance arrived. So once again, technology shortened the distance between the emergency room professional (Elisa Nava) and the citizens in a happy but complicated situation.

“I got this link, and it immediately triggered the camera on my smartphone and together managed to do everything. It was really exceptional because we didn’t think we could do it,” said Alex’s father, Matteo.

Patrick and Alex’s stories are just two examples of how the video link between the control room and the caller’s phone is already transforming the relationship between emergency services and citizens.

Here, the concepts of data reception and inclusion of media used daily by the public are a reality that offers the best prospect for future NG112 implementations and enables the entire emergency community to initiate change even before the technological transformation of the communication infrastructure.

Cryotherapy: freezing the tumour to eliminate it, six people treated at the Rizzoli in Bologna