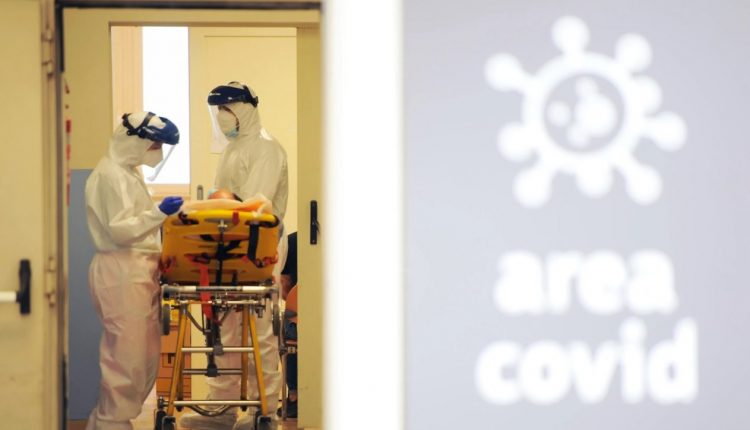 Italy, increase in hospitalisations and deaths from Covid: “further surge of new cases that have exceeded 1.2 million, an increase of almost 50% compared to the previous week”

The president of the Gimbe Foundation, Nino Cartabellotta, said that ‘in the last week there has been a further surge of new cases, which have exceeded 1.2 million, with an increase of almost 50% compared to the previous week and a 7-day moving average that increases from 128,801 on 5 January to 172,559 on 11 January (+34%)’.

However, the increased testing activity only marginally affects the growth of new cases, given the increase in the positivity rates of swabs: the 7-day moving average rose from 8.2% to 14.3% for rapid antigenic swabs and from 24% to 25.5% for molecular swabs.

In terms of hospitalisation, Renata Gili, head of research on health services at the Gimbe Foundation, says that ‘the number of beds occupied by Covid patients is still increasing: compared to the previous week, +20.5% in the medical area and +32.2% in intensive care’.

As of 11 January, the national occupancy rate for Covid patients is 26.6% in the medical area and 18.2% in the critical care area.

The director of operations of the Gimbe Foundation, Marco Mosti, reports that ‘daily admissions to intensive care have increased, with the 7-day moving average rising to 146 admissions/day compared to 125 the previous week’.

However, the huge number of new cases is progressively saturating the hospitals, both because it ‘meets’ a susceptible population that is too large (2.2 million 0-4 year olds who cannot be vaccinated, 8.6 million unvaccinated and over 15 million waiting for the third dose) and, to a lesser extent, because of the immune escape phenomena of the omicron variant’.

The independent monitoring of the Gimbe Foundation shows an increase in deaths: 1,514 in the last seven days (of which 95 referred to previous periods), with an average of 216 per day compared to 157 in the previous week.

COVID: THE NUMBERS RELATED TO VACCINES IN ITALY

Mosti adds that ‘with the delivery of 2.1 million non-paediatric doses in the last 7 days, the stocks of mRNA vaccines for the over 12 are made up of 2,413,978 Pfizer doses, while for Moderna the balance of available doses is ‘negative’ (-3,495,462), as the official reporting continues to disregard the fact that only half a dose is used for booster shots’.

Cartabellotta also points out that ‘we are in an extremely critical phase of the pandemic, in which distorted optimistic narratives cloud the inadequacy of measures to slow the curve of contagion and underestimate the risks to people’s health and the country’s economy.

First of all, the large number of new cases, which is constantly growing, after having sent the territorial services into a state of disarray, is leading to the progressive saturation of hospitals, with a limitation of planned surgeries, even in cancer patients, and a reduction in care capacity, partly because health personnel are now at their wits’ end. ‘

Secondly,” he continues, “the huge number of positive people is progressively paralysing many essential services: from transport to schools, from healthcare to public offices. Lastly, unless there is a last-minute ‘injection’ of beds or a change in the criteria for classifying hospitalised Covid patients, by the end of the month many regions will be in the orange zone and some will be at risk of going into the red zone.

A colour that would certify failure in the management of the fourth wave, despite the availability of vaccines that are very effective in preventing the serious disease,’ he concludes.

Flat feet in children: how to recognise them and what to do about it

Corneal abrasions and foreign bodies in the eye: what to do? Diagnosis and treatment

Pfizer's Covid vaccine is the safest: one suspected adverse event per 1,000 doses

A bus for high-biocontainment, a special vehicle unique in the world: it belongs to…