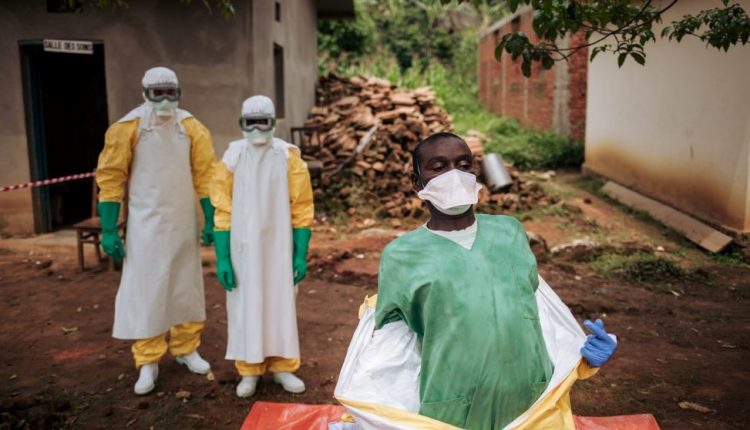 The eleventh Ebola epidemic in the Democratic Republic of Congo has officially ended.

In a joint press conference of the Kinshasa government and the WHO the official announcement was made.

In total, Ebola has killed more than 2,200 people in the DRC, victim of 11 outbreaks of the virus, since it was discovered near the Ebola River in 1976.

Ebola epidemic, the satisfaction of the WHO and the government of the Democratic Republic of Congo 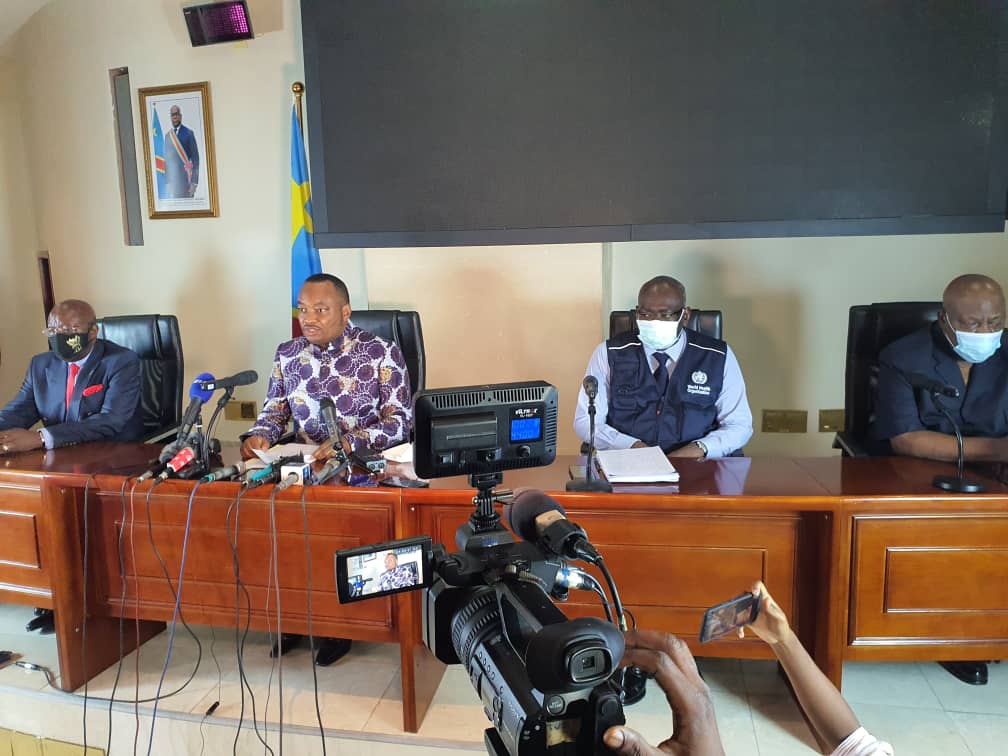 “Heartfelt thanks to all those who tirelessly tracked down cases, provided treatment and vaccinated people in communities often remote and hidden in dense rainforests,” the World Health Organization’s Regional Director for Africa, Matshidiso Moeti, wrote on Twitter after the announcement.

“Today marks the end of the 11th Ebola epidemic in the DRC – writes the social media – Marthe Apuwa Mbila is the last patient to be discharged.

The mother of two children now helps children at the Ebola Treatment Center, where she also receives psychosocial support”.

WHO congratulates the rescuers and all those who have tirelessly followed the cases, provided care, involved communities and vaccinated more than 40,000 high-risk people and thanks a wide range of partners for their support.

Ebola in DR Congo, an essential experience for the COVID-19 pandemic and the management of its vaccine

The vaccinators used an innovative cold chain to keep the Ebola vaccine at temperatures as low as -80 degrees Celsius. ARKTEK freezers can keep vaccines at very low temperatures in the field for up to a week, and have enabled rescuers to vaccinate people in communities without electricity.

“Overcoming one of the world’s most dangerous pathogens in remote and hard to access communities demonstrates what is possible when science and solidarity come together,” said Dr Matshidiso Moeti, WHO Regional Director for Africa.

“The technology used to keep the Ebola vaccine at super-cold temperatures will be helpful when bringing a COVID-19 vaccine to Africa.

Tackling Ebola in parallel with COVID-19 hasn’t been easy, but much of the expertise we’ve built in one disease is transferrable to another and underlines the importance of investing in emergency preparedness and building local capacity.”

The outbreak in western DRC, announced on 1 June 2020, came as another Ebola outbreak in the eastern part of the country was winding down, and finally declared over on 25 June 2020.

The two outbreaks were geographically far apart. Genetic sequencing analysis found that they were unrelated.

By the end of the current 11th Ebola outbreak in Equateur Province there were 119 confirmed cases, 11 probable, 55 deaths and 75 people who had recovered.

Equateur Province was also the site of the country’s 9th Ebola outbreak, which was overcome in a little over three months in 2018 and had half as many cases reported.

However, the response to the 11th Ebola outbreak had to contend with the COVID-19 pandemic, which strained resources and created difficulties around the movement of experts and supplies.

There were also challenges around the large number of cases in remote communities which were often only accessible by boat or helicopter and at times community resistance hampered response efforts.

DR Congo, the International Federation of Red Cross and Red Crescent Societies (IFRC): The latest Ebola outbreak is over, but major challenges remain 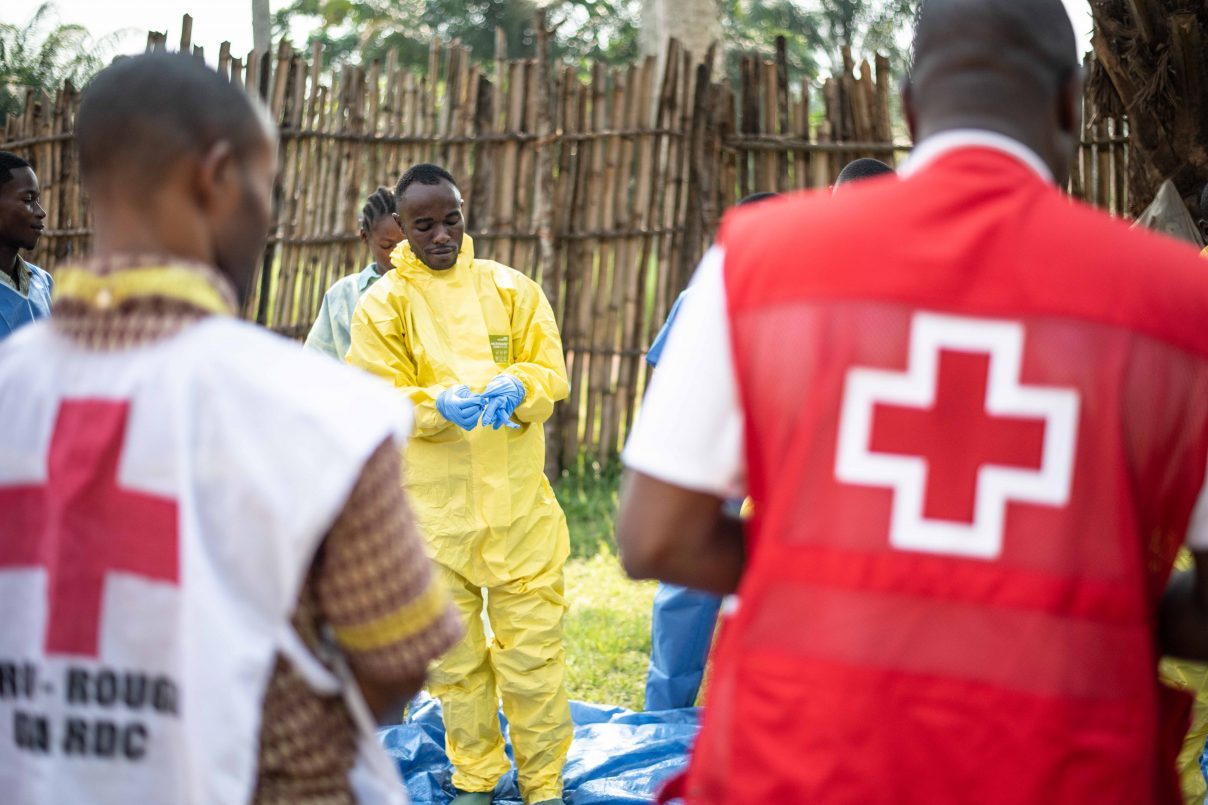 The International Federation of Red Cross and Red Crescent Societies (IFRC) joins the people of the Democratic Republic of the Congo (DRC) in celebrating the end of the country’s 11th Ebola outbreak.

This achievement marks the first time in about two and a half years since DRC was Ebola free.

However, the IFRC warns that today’s announcement does not spell the end of the considerable humanitarian challenges that the country is facing, including the ongoing COVID-19 emergency alongside long-standing economic and security issues.

The official end of the Ebola outbreak follows 42 days since the last patient tested negative and comes six months after a cluster of Ebola cases was detected in Equateur province in the country’s north-west.

The outbreak, the second to affect Equateur and the third nationwide since 2018 – spread to 13 of the region’s 18 health zones.

“The courage and dedication of frontline responders – including Red Cross volunteers – is a major factor in the successful response to this outbreak.

Their work is even more remarkable given that it came at a time of tremendous additional uncertainty that was brought on by the COVID-19 pandemic.

We thank them, and we thank our donors and partners who joined us in ‘staying the course’.”

When the outbreak was first detected on June 1, more than 1,000 trained Red Cross volunteers were deployed immediately to help contain the spread of the virus.

They screened over 279,177 people scattered over vast, densely forested areas.

They also conducted more than 232 safe and dignified burials and reached more than 343,859 people with information sharing and accountability activities.

Their actions come after three consecutive Red Cross responses since 2018 to the country’s 9th 10th and 11th Ebola outbreaks, bringing the total number of people reached with life-saving information to more than 4,892,531 million, with our teams leading more than 12,708 safe and dignified burials.

Red Cross teams are building on lessons learned and capacities built during the response to Ebola outbreaks and adapting messaging and activities to the COVID-19 context.

They are sharing lifesaving information in public places, on community radio stations, on social media and through messaging applications.

Dr Jacques Katshishi, Secretary General for the DRC Red Cross, said it is not the time to leave vulnerable Congolese communities behind.

“Bringing Ebola to zero is a huge achievement, but now we are faced with our next challenge: keeping it there.

Our teams within the DRC Red Cross are facing COVID-19 within a complex humanitarian and security environment, making the ongoing support of donors’ and partners’ vital to ensuring that the positive gains communities have made are not reversed.

This is not a moment to be complacent: the world cannot afford a resurgence of Ebola in DR Congo.

The time to prepare is now,” he said.

DR Congo, The Emergency And First Aid Service In The City Of Isiro: Interview With A Rescuer

Uniforms and pluralism: New Zealand, policewomen with the hijab veil in the most inclusive country in the world