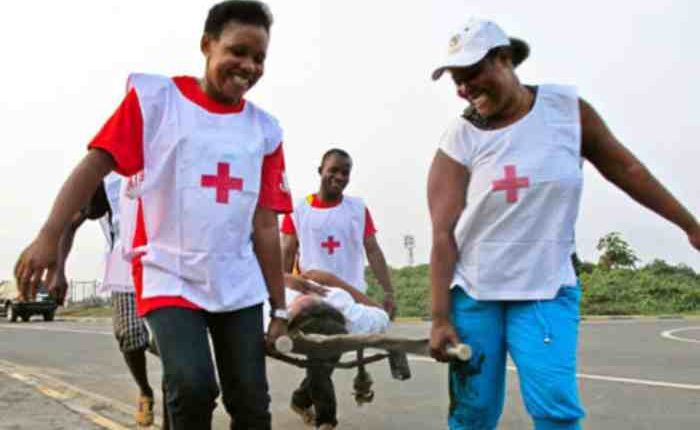 DR Congo, the emergency and first aid service in the city of Isiro: interview with a rescuer

The Emergency and Rescue Service in Congo. The city of Isiro is a city of about 150 thousand inhabitants, capital of the province of Haut-Uélé.

Haut-Uélé is located in the northeast of the Democratic Republic of Congo, has about 2,528,169 inhabitants spread over an area of 89,683 square kilometres. Since 1997, after the death of the late President Joseph Mobutu and the late Désiré Kabila, the emergency and rescue service in the city of Isiro have faced enormous difficulties and serious problems in carrying out their service to the citizens of Isiro.

EMERGENCY AND RESCUE SERVICE IN DR CONGO: THIS IS WHAT HAPPENS IN ISIRO

Compared to other regions, the area of the city of Isiro does not currently boast adequate operational emergency and first aid service, nor do they have special institutional recognition, supervision or receive material support. In the event of natural disasters, road accidents, fires, crises and unforeseen emergencies, the population itself takes care of its patients and victims, without fearing the risks that patients might run during handling or handling.

Let’s take a concrete example: when a road accident occurs, it is the victim’s family members and a few people of goodwill who take care of transporting the victim to the hospital, and this medical transport takes place with means in their possession: motorcycles, bicycles or even arm transport.

There are also groups of volunteers who work almost underground. They can help and often provide certain essential emergency and rescue service themselves but in a very limited way.

They are usually former Red Cross workers or emergency service personnel left to their own devices. In fact, the latter was, in another era, trained and informed agents with respect to emergency and rescue systems.

CONGO, THE EMERGENCY AND RESCUE SERVICE: INTERVIEW WITH AN ISIRO RESCUER

We had the opportunity to snatch an interview about the organization and the principles of their current operation from a rescuer from Isiro.

To realize it for Emergency Live Mr Mkombozi, student of Geology at the University of Isiro, Democratic Republic of Congo.

“For the moment we work almost dispersed, due to lack of structure and organization.

We have been adequately trained to provide a good level of service, both humanitarian and social, to which we apply the fundamental principles of first aid”.

“A good question. Here is the answer. We have been trained according to 7 fundamental principles: humanity, impartiality, neutrality, independence, voluntariness, unity and universality”.

“For humanity, it is a question of seeing if the rescuer is aware of the suffering and anguish of the people he is assisting, and that he makes sure that his gestures and his attitude are a comfort to them.

Moreover, if he treats the mortal remains, and therefore unfortunately of a deceased person, in terms of care and respect, he is called to use more of them, so, for example, he buries the bodies in an appropriate place.

There are also things that a rescuer should never do, in terms of humanity: he cannot treat the victims he is assisting with carelessness or disrespect; he must not bury a body without respecting its dignity even in the middle of a conflict zone.

On the subject of impartiality, however, there are some things to do and others to avoid.

The rescuer should be the one who provides assistance to all vulnerable people, whatever their affiliation, and according to their needs.

It should not condition the assistance it provides to victims on the basis of their ethnicity, tribe, gender, age or political views.

Also with regard to neutrality, there are things to do and things not to do.

Whatever his or her personal opinions, the rescuer must exercise his or her mission by volunteering in a neutral manner, knowing that his or her attitude may have consequences for his or her own safety and that of other volunteers.

As a volunteer, and whatever their personal opinion, the rescuer acts always and only in the best interest of the victims, without taking sides.

The rescuer respects the symbol on the uniform. He is responsible for how the community, the armed forces and armed groups perceive the symbol itself.

His behavior, when wearing the uniform, could have important consequences for his safety and that of other volunteers.

It is also necessary that a rescuer, as a volunteer, does not publicly take a position with respect to a political party.

He or she cannot use his or her volunteer status to promote his or her candidacy for election.

As a volunteer, he or she does not take part in hostilities by siding with one group or another in any way.

The rescuer does not use the group symbol for political or military purposes.

As far as independence is concerned, it must be understood that our group or movement is first and foremost independent.

Auxiliaries of public authorities in their humanitarian activities, volunteers are subject to the laws governing their respective countries.

However, national institutions must maintain an autonomy that will always allow us to act according to the principles of the movement.

The principle of volunteerism emphasizes that first aid, both national and international, is voluntary and selfless.

For Unity, Unity means that there can only be one Red Cross or Red Crescent Society in the same country.

It must be open to all and extend its humanitarian action to the entire territory.

Through Universality, the International Red Cross or Red Crescent Movement declares that all Societies in individual countries have equal rights and a universal duty to help each other.

These descriptions have helped me a lot to understand the content of your training. Too bad you are not doing what you were trained to do. It would be better not to lose this wealth of experience. I hope that when you have adequate means you will resume your activities. Would you have the will to start all over again if you received external help?
“Certainly if we had assistance from external partners, we would certainly resume our emergency and first aid service. We are waiting for them”.

Prepared and presented by Mr Mkombozi, student of Geology at the University of Isiro, Democratic Republic of Congo.

Nigeria developed a rapid test for COVID-19: it provides…

Timor Leste: a new infirmary for the orphanage in Laga. The…

COVID-19 in Uganda: exponential increase in cases. Hospitals are close to collapse

COVID-19 in Japan: towards the approval of Avigan?