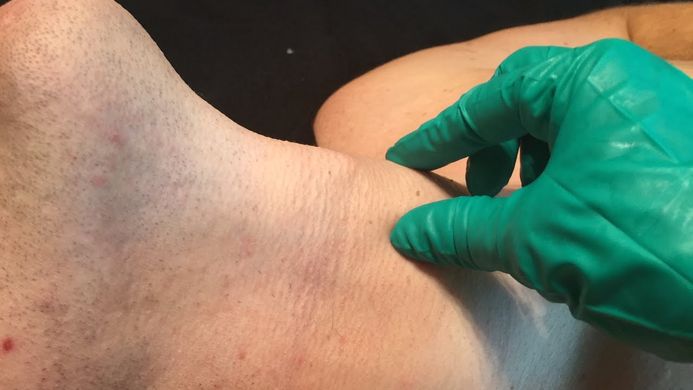 Talking of patients who need to be intubated, we can consider different factors which induce doctors and nurses to provide some practices instead of others. Is cricoid pressure in ER rapid sequence intubation really efficient?

One of these is the cricoid pressure application, also called Sellick maneuver; a practice that should preventing the regurgitation of gastric content into the pharynx and subsequent aspiration into the pulmonary tree. It should, indeed. In the last years, this practice became very questioned.

Many studied demonstrated that pressure might delay or impede the positioning of a device in the airways. Regarding this matter, Ntombifuthi Jennet Ngiba, a professional nurse working at Greytown Hospital, in Kwazulu-Natal, province of South Africa, wrote a scientific essay published on DENOSA (Democratic Nursing Organization of South Africa).

“There is on-going change within trauma nursing due to increased research in the area. Practices have been routinely adopted as the norm, but subsequently on further examination proven to be useless and more of a risk to the patient (Moore & Lexington, 2012). Research has brought into question practices or techniques such as the application of cricoid pressure during rapid sequence tracheal intubation. This practise was goaled at preventing the regurgitation of gastric content into the pharynx and subsequent aspiration into the pulmonary tree, but now questioned.

Cricoid pressure was briefly defined by Sellick in 1961 as a method used to reduce the risk of aspiration during the induction phase of anaesthesia. Sellick`s technique was to apply backwards pressure to the cricoid cartilage, compressing the oesophagus against the underlying vertebral body (Ellis, Harris & Zideman 2007; Priebe 2005). In this application of pressure the oesophageal lumen is occluded, preventing the passage of regurgitated gastric content into the pharynx and subsequent aspiration into the pulmonary tree (Stewart et al, 2014).

Despite inadequate scientific evaluation of the risks and benefits of cricoid pressure it is adopted as an integral component of rapid sequence intubation in EDs. No randomised controlled trials have shown any benefit of its use during rapid sequence intubation (Trethewy, Burrows, Clausen & Doherty, 2012). Furthermore, the application of cricoid pressure may be linked to increased risks to the patient such as impeding airway management, prolonging intubation time by concealing laryngeal view, inducing nausea/vomiting and oesophageal rupture with excessive force (Ellis et al., 2007; Priebe 2005;Trethewy, et al, 2012).

Paradoxically, it may promote aspiration by relaxing the lower part of the oesophagus (Ellis et al., 2007). Some case reports note that tracheal intubation was impeded by cricoid pressure and regurgitation occurred despite application of it, possibly due to its improper application (Trethewy, et al, 2012). According to Bhatia, Bhagat and Sen (2014) the application of cricoid pressure increases the incidence of lateral displacement of the oesophagus from 53% to 91%.

However despite this evidence and the outcome of Trethwy’s (2012) RCT the judicial system appears guided in its judgement by outdated practises. A judge in UK ruled against an anaesthesiologist for failing to apply cricoid pressure to a patient with irreducible hernia who had regurgitated and aspirated. The judge argued that “We cannot assert that that pressure is not effective until trials have been performed, especially as it is an integral part of anaesthetic technique that has been associated with a reduced maternal death rate from aspiration since the 1960’s” (Bhatia et al. 2014). Therefore one may say that despite cricoid pressure entering medical practice on limited evidence and only supported by common sense, it somehow remains the practice of choice (Bhatia et al., 2014).

Thus it is about time nurses and doctors embrace evidence-based practice within the emergency department and let go of traditional practice that are proven to do more harm than good. There is still a great need for further evidence-based practice within the emergency department, to investigate the validity of the notion that cricoid pressure prevents regurgitation.”

Successfull intubation practice with Succinylcholine Versus Rocuronium: the emergency study

From ScanCrit: Intubation in arrest – again