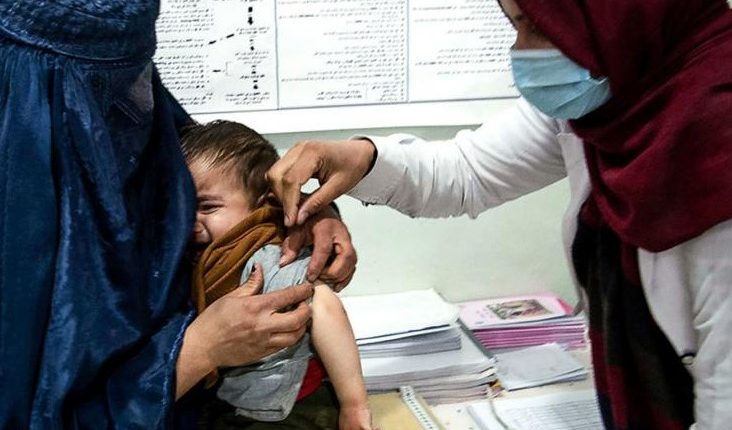 Nurses talk about the drama in Afghanistan. Over the last month, the International Council of Nurses (ICN) has been in contact with the Afghanistan Nurses Association (ANA) at a time when the country is facing a period of intense uncertainty and serious concerns affecting nurses and the healthcare system

Last week, ICN CEO Howard Catton had the opportunity to talk directly to a group of Afghan nurse leaders via a video call. Mr Catton once again conveyed messages of solidarity and support from the ICN President Annette Kennedy and the ICN Board.

The clear message from the ICN President was that in Afghanistan, as everywhere else in the world, all nurses, both female and male, must be protected from violence and discrimination and free to work in a safe environment, as part of their human rights.

They wanted to share their recent experiences and tell their stories which show how nurses, especially female nurses, are being impacted during this incredibly challenging situation.

The nurses told Mr Catton that the high level of uncertainty under the new Taliban regime is adding more stress to a health system already under pressure; one which is struggling to deal with COVID-19 and with the serious disruptions caused by recent events.

During the height of the pandemic, a lack of trained nurses, especially in intensive care units, where many nurses did not have advanced technical skills, exacerbated the severe challenges they are facing.

The Afghan nurse leaders expressed their fears that the withdrawal of international aid in recent weeks is already hitting the poorest parts of the country, with reports of some communities facing both food and medicine shortages.

They reported that even in the capital, Kabul, there are price hikes of medicines in the private pharmacies as international funding dries up.

They added that 2,000 health facilities across the country, which have been aided by the World Bank and other international funders, are in jeopardy if the funding stops, having a catastrophic impact on the country and leaving many health professionals unemployed.

Some nurses have already left Afghanistan in the wake of the Taliban taking over control of the country, adding to the brain drain and the pressure on the nurses who remain

The ANA asked that the countries receiving these nurses support them and incorporate them into their health systems.

They emphasised that the majority of nurses who remain in Afghanistan, especially female nurses, face concerns about whether they will have jobs in the future or will receive their salaries.

They said that though it was positive that the Taliban has announced its government, creating a degree of stability, it was concerning that they had not announced the new Minister of Public Health and that no women were involved in policy-making.

In a country where only 10-20% of nurses are female, there are fears that women will be denied educational opportunities and forced out of their jobs.

One of the nurses on the call said, ‘We have about 20,000 nurses in Afghanistan, about 5,000 of whom are working for government hospitals and the rest in private organisations.

But many are jobless and, in Afghanistan, there are few opportunities for higher education for nurses.

Female nurses face a particularly difficult situation with lack of opportunities which may be compounded by recent events.”

Although the Taliban government has said that female healthcare workers are free to go to work, the ANA representatives told Mr Catton the situation was unclear and evidence from hospitals suggest that some patients do not accept female nurses.

Afghanistan: they reported that a group of patients in one hospital had told female nurses they should not be working

In another case, female nurses fled from an emergency unit because they were in fear after armed soldiers went into the wards of a hospital, frightening patients.

A very positive development has been that the Afghanistan Nurses and Midwifery Council (ANMC) is still managing to register more nurses, by establishing clear objectives and working hard to keep the system of nursing registration functioning.

The ICN CEO said both the ANA and ANMC were to be commended for developing strategies which address the key issues facing the profession including access to education, capacity building and standardising nursing service.

The nurse leaders asked for ICN’s continued support on advocacy for rights, gender, career development and education as well as leadership.

They urged the international nursing community to continue to strongly advocate and show their support for higher level education within Afghanistan, including bachelor’s, master’s and doctorates.

The Afghan nurse leaders on the call urged the World Health Organization (WHO) to step in with higher education online training programmes to fill the gap within the country and provide nursing scholarships.

They also asked global organisations to invite Afghan nurses to take part in international nursing conferences to improve the level of nursing in the country.

Mr Catton responded by assuring the nurse leaders that ICN would ensure that Afghan nurses could participate in the upcoming ICN virtual Congress in November, so that they could directly address other participants and share their stories.

He added that ICN is in contact with WHO and will continue to work through international agencies to support the profession in Afghanistan.

Finally, Mr Catton thanked the nurses on the call, which had underlined the value of keeping in close communication with the ANA and offered the continued support of the whole ICN family during this complex and uncertain time.