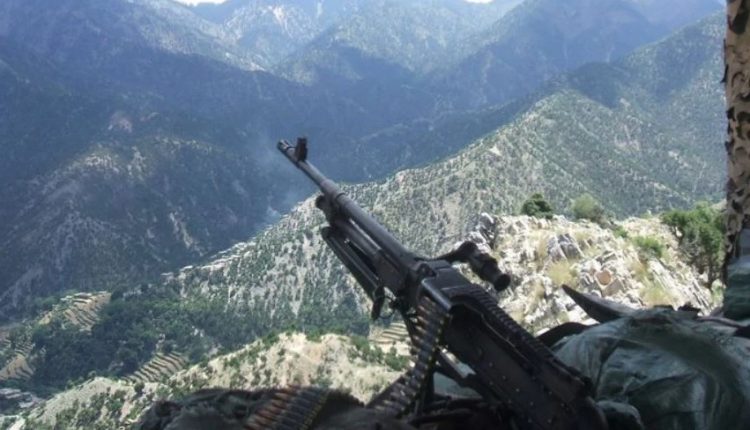 Afghanistan, the Taliban on the attack in the big cities. Emergency: "In Kabul, 25-30 wounded every day"

Emergency tells the scenario of a country, Afghanistan, theatre of fights: the capital Kabul at the moment has registered only sporadic attacks, but the fighters are advancing in the other big centres

“In twenty years of conflict, the Taliban militias have never attacked five provincial capitals at the same time”: this is what the New York Times wrote in the aftermath of a disastrous day for the military forces in Kabul: three large cities in the north have fallen under the control of the militia while others are surrounded.

These are Sar-i-Pul, Taliqan and the important commercial and mining hub of Kunduz.

Kunduz has 270,000 inhabitants and is the gateway to the mining fields further north.

Afghanistan’s major cities at the centre of battles

Kabul has so far only recorded sporadic attacks in recent days, but the grip around its province is growing stronger: a few kilometres from the capital, the group then attacked the city of Pul-e-Khumri, the capital of Baghlan province, last night.

Heavy fighting is said to be still going on, while last night government forces managed to repel the offensive against Aybak, in the Samangan province, which is further north.

Three other large cities are still under siege: Herat, Kandahar and Lashkar-Gah, in the south.

In the latter city, according to international press sources, a heavy explosion was heard coming from the police headquarters.

The local press also reports the death of at least twenty civilians in recent days. Fighting is also taking place in Mazar-e-Sharif, believed to be an important commercial hub to Uzbekistan, among the five countries that took part in an emergency summit in Avaza, Turkmenistan, last Friday, together with Tajikistan, Kazakhstan and Kyrgyzstan.

The five former Soviet republics decided to take stock of security in the neighbouring country, concerned about a possible return of the Taliban to power.

The offensive by Taliban fighters resumed with force immediately after the announcement – after almost two decades of presence in the Asian country – of the withdrawal of US military forces, in violation of the peace agreement reached with the White House in 2020.

The international press confirms that in the last few hours the American air force has supported the Afghan forces by bombing various targets and killing an unspecified number of fighters, less than a month after the complete demobilisation of its military from the country.

President Joe Biden’s administration, at the moment, seems determined to bring the mission to a close.

AFGHANISTAN, ZANIN (EMERGENCY): “THOSE WHO CAN LEAVE KABUL, THE SITUATION IS SERIOUS”

It is three o’clock in the afternoon in Kabul when Alberto Zanin answers the phone from the Surgical Centre for war victims, where he works as medical coordinator for Emergency.

“The situation is calm”, he says, but it seems to be an apparent calm, since clashes continue between the army and the Taliban fighters around the capital province, who have taken control of about 200 of the 400 districts of the country since the US troops left.

The siege of the main cities began a few days ago: Kunduz has fallen along with four other important centres in the north – Takhar, Jowzjan, Sar-e Pol and Nimruz – to which the siege of Aibak, in the northern province of Samangan, was added a few hours ago. Mazar-e Sharif, Herat, Kandahar and Lashkar-Gah are also under siege.

In Kabul, Zanin continues, “for days the army has been reinforcing security measures in the streets, and despite this, some car bombs have managed to explode in the Green Zone, theoretically the safest area”.

The most serious attack took place on 3 August, when an attempt on the life of Afghanistan’s Defence Minister, Bismillah Mohammadi, failed

Then, as evening falls, ‘we hear the sound of sporadic explosions,’ Zanin continues, ‘or the noise of the tests of the anti-missile systems of the embassies, which are preparing to repel possible attacks.

Leaving Kabul is now risky because the roads are unsafe, and those who have money are obtaining visas to leave for Pakistan or Turkey,” he warns.

The international NGO has also been caught up in the war: ‘Yesterday we had to close the first aid centre in Mayndanshahr,’ Zanin says, ‘because it was riddled with bullets.

The staff is safe at home.

The city is located in Maidan Wardak province, about 50 kilometres from Kabul.

Alberto Zanin has been in Afghanistan since 2018, but like many people today he realises that the situation was not so bad even twenty years ago, when the war between the United States and the Taliban began, forcing the latter to leave the government in Kabul and leading to the formation of a provisional administration and the entry of an international NATO mission.

What is worrying now is the increase in the number of wounded due to “penetrating trauma”, which in technical jargon means war wounded: “In Kabul, we receive an average of 25-30 a day due to the fighting around the capital: twice as many as two months ago”.

In the province of Panjshir, where Emergency runs the second hospital, routine operations have been suspended to make room for the wounded: at least 15 a day, twice as many as before, “and it has always been a quiet area”, warns the doctor.

Finally, Emergency’s third hospital is in Lashkar-Gah, in the south, which has been the scene of a no-holds-barred battle for days: ‘It’s not easy to communicate with our staff, but we know that the hospital is intact even though the army bombed the city last night.

Last Friday, the Afghan forces asked the population to leave the city in order to have a free field against the guerrillas, but ‘there is no certainty that everyone has managed to get to safety’, warns Zanin.

For its part, the NGO had to distribute a leaflet saying “Hospitals are not a target!” in Dari, Pashtu and English, with an aerial photo of the hospital’s position from above attached.

Given the rapidly deteriorating situation, will Emergency’s staff leave the country? “No, we have not considered this possibility,’ concludes the manager.

Afghanistan And Turkey Together Against COVID-19, A Very Important Exchange Of Aid

Israel: half a million people have already received third dose of Covid vaccine

Paediatrics / Diaphragmatic hernia, two studies in NEJM on technique for operating on babies in utero