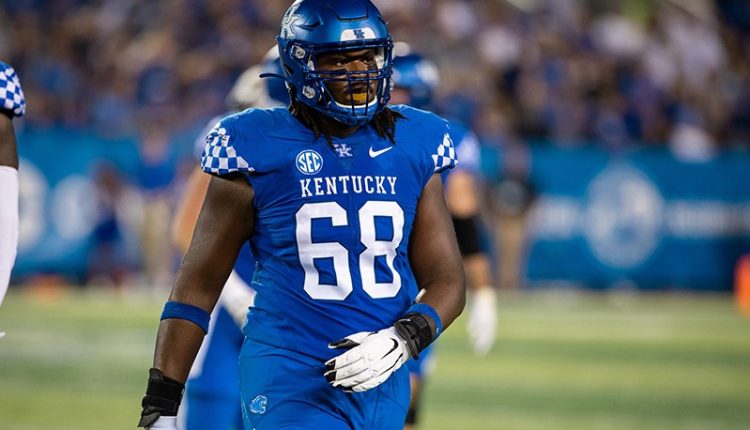 Heart disease: from open-heart surgery to University of Kentucky football, the story of Kenneth Horsey

Kenneth Horsey’s story is an inspiring one for anyone with heart disease: from open-heart surgery to playing offensive lineman on the University of Kentucky football team

In 2018, Kenneth was a carefree kid, waiting like all his peers to attend prom at Seminole High School in Sanford, Florida.

He would then move to Lexington, Kentucky, to attend the University of Kentucky on a football scholarship.

During Easter lunch, however, he felt a sharp pain in his side.

When he went to the bathroom, he vomited, his vision became blurry and he was only able to call his parents.

His mother then called the emergency health services.

At the hospital, doctors ordered a battery of tests and scans.

The following day, Kenneth Horsey was diagnosed with endocarditis

This is an infection of a heart valve caused in his case by bacteria.

Fragments of the waste produced by the bacteria had found their way into his kidney.

Career over? Not according to the heart surgeon who performed open-heart surgery. An operation that required a fractured sternum, which was then repaired with titanium plates.

Kenneth took cardiac rehabilitation very seriously, to the point that at the end of July of the same year he started running with his teammates.

Of course, he was assisted by coaches, trainers and doctors from the American University.

CARDIOPROTECTION AND CARDIOPULMONARY RESUSCITATION? VISIT THE EMD112 BOOTH AT EMERGENCY EXPO NOW TO FIND OUT MORE

Well, Kenneth Horsey will be graduating in December 2022 with a degree in communications

“Now I feel very comfortable talking about it because if I can help someone who is going through something like that, then I’ve done some good.”

Kenneth was recently named a member of the Southeastern Conference Community Service Team in recognition of his accomplishments on and off the field.

Heart Murmur: What Is It And What Are The Symptoms?

Pericarditis: What Are The Causes Of Pericardial Inflammation?