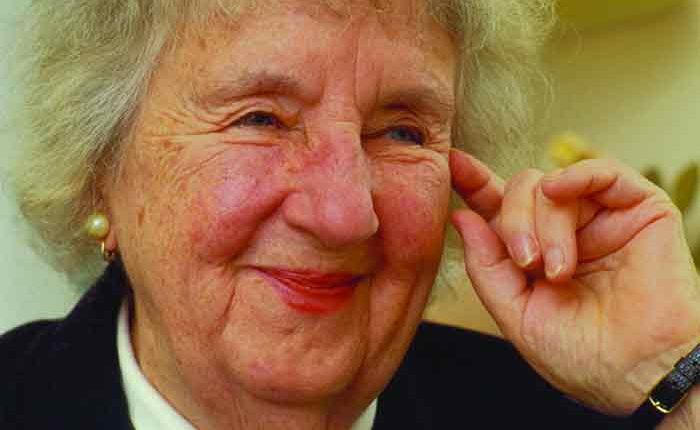 Virginia Henderson was born in Kansas City, Missouri, in 1897. She was the fifth of eight children of Lucy Minor Abbot and Daniel B. Henderson. At age four, she moved to Virginia, and began her schooling at Bellevue, a preparatory school owned by her grandfather William Richardson Abbot

Her father was a former teacher at Bellevue and was an attorney representing the Native American Indians in disputes with the U.S. Government, winning a major case for the Klamath tribe in 1937.

She received her early education at home in Virginia with her aunts, and uncle Charles Abbot, at his school for boys in the community Army School of Nursing at Walter Reed Hospital in Washington D.C. where she took her diploma in 1921.

After receiving her Diploma, Virginia Henderson worked at the Henry Street Visiting Nurse Service for two years after graduation.

She initially planned to switch professions, but her strong desire to help the others averted her plan.

In 1923, she started teaching nursing at the Norfolk Protestant Hospital in Virginia and a few years later she entered the Teachers College at Columbia University where she took her Master’s Degree in 1934.

From 1924 to 1929, she worked as an instructor and educational director for the Norfolk Protestant Hospital, Norfolk, Virginia.

The following year, she was a nurse supervisor and clinical instructor at the outpatient department of Strong Memorial Hospital in New York.

For 14 years of her career, she worked as an instructor and associate professor at Teachers College, Columbia University in New York and since 1953, Henderson was a research associate at Yale University School of Nursing.

Invited by professional societies, universities and governments to share and inspire nurses and other healthcare professionals, she traveled the world throughout her whole career.

Her efforts provided a basis to the science of nursing, including a universally used system of recording patient observations, and have helped make nurses far more valuable to doctors.

Henderson co-authored the fifth (1955) and sixth (1978) editions of “Textbook of Principles and Practice of Nursing” when the original author, Bertha Harmer, died. Until 1975, the book’s fifth edition was the most widely adopted nursing textbook in English and Spanish by various nursing schools.

She developed this theory to define the unique focus of nursing practice.

The theory focuses on the importance of increasing the patient’s independence to hasten their progress in the hospital.

Henderson’s theory emphasizes the basic human needs and how nurses can assist in meeting those needs.

The main assumptions of the theory are the four here listed:

The theory also states that individuals have basic health needs and require assistance to achieve health and independence or a peaceful death.

According to her, an individual achieves wholeness by maintaining physiological and emotional balance.

She also defines the patient as someone who needs nursing care, but did not limit nursing to illness care.

For example one of the key roles of the nurse is maintaining a supportive environment conducive to health, and in fact this is one of her 14 activities for patient assistance.

Virginia Henderson even wrote her definition of nursing before the development of theoretical nursing. The nurse’s goal is to make the patient complete, whole or independent.

The Needs Theory can be applied to nursing practice as a way to set goals based on Henderson’s 14 components and it was a great step forward for nursing because it worked as a basis for new research.

Virginia Henderson died at the age of 98 on March 19, 1996, at a hospice in Branford, Connecticut, and still today is considered one of the leading personalities in the nursing field.

Nurse’s Appeal From Intensive Care: ‘We’re Exhausted, Use Your Heads’