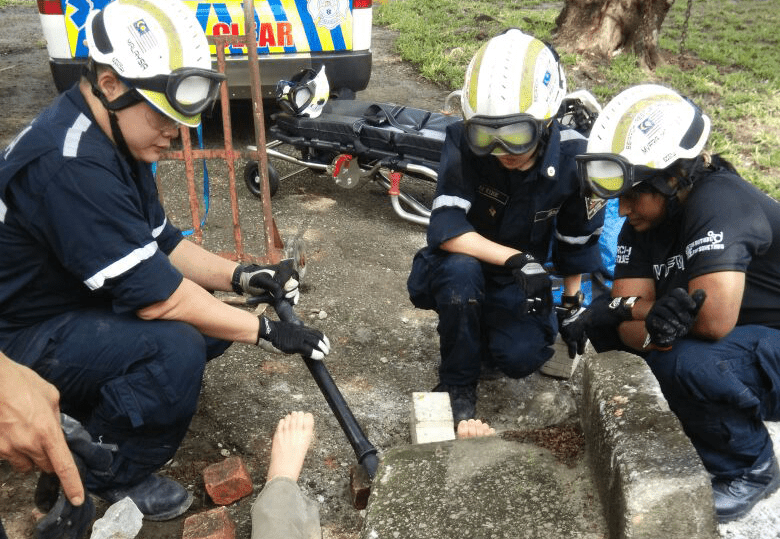 Remembering Aceh 2004. The experience of the MVFRA first responders

KUALA LUMPUR – “Everyone has their role to play. It doesn’t matter how small a role it is, so long as you do your part, you can make a difference.” Malaysia Volunteer Fire and Rescue Association chairman and founder Captain K. Balasupramaniam said with this mantra, he and his team of volunteers undertook to play their role in the aftermath of the 2004 tsunami in Indonesia. He rifled through the United Nations humanitarian relief website, ReliefWeb, to find out details as news filtered in that a tsunami had struck the region. “It was down to Sri Lanka or Indonesia and we were informed that Aceh was the worst hit of the two. Since it was the closest, we decided on Aceh,” said the safety activist, who had 13 years of experience under his belt when the 2004 tsunami struck. The experience he had gained from being involved in the Highland Towers collapse and the earthquake in Bam Kemran, Iran, could not prepare him for the devastation that awaited him and his team of six in Banda Aceh. Everywhere he looked there were bloated dead bodies, accentuated by the stench from decaying corpses. He remembered being overwhelmed by the stench of the dead. The people Balasupramaniam and his team came to save were nowhere to be found. All that remained, he recalled, were those who lived and those who were dead. “When we arrived on Dec 27, our primary goal was to search and rescue, but we quickly realised after the first day that it was the survivors that needed our attention. There was no one to rescue.” Balasupramaniam said they were able to find a driver and a rickety lorry that served them throughout their 12-day mission in Aceh. “We focused on delivering food, water and supplies to the survivors.”

Fixing bones with a power drill? Less expensive and ingenious