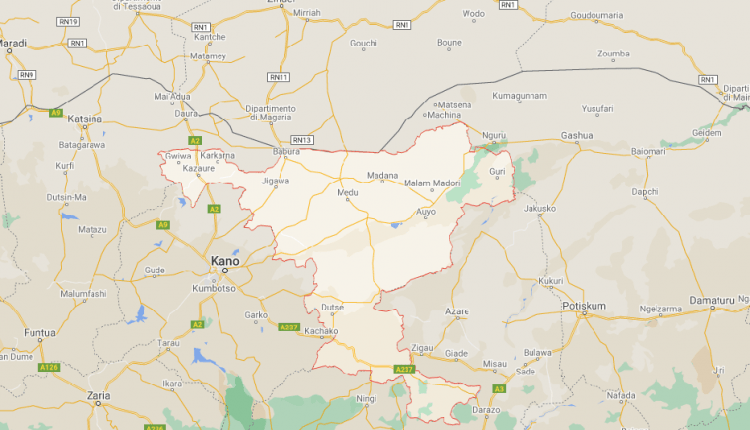 The power of women in Nigeria: in Jagawa poor women took up a collection and bought an ambulance

Nigeria has a new ambulance, and it is the brightest of all. We do not know the brand, model or interior design, but it is definitely the most shining of all. Why? Because it was purchased by a group of poor women from the Jigawa state in order to improve their health condition.

Tired of waiting for the government to provide their community with an ambulance, a poor community of women in Nigeria decided to literally “tax themselves” to buy the vehicle for the entire community.

They were divided into 21 groups of 20 members each and paid a set amount daily for two consecutive months (1000 Nigerian Naire). All this to provide themselves with a vehicle to accompany them, when in labor or other medical situations, to the nearest health facility, 31 kilometers away.

Nigeria, an ambulance for women in labor

The funds have been taken out of their daily bread in the broadest sense of the word: families receive from the Muhammadu Buhari administration a sort of subsidy of 5 thousand Nigerian Naire (a Naira from Nigeria is worth 0.0023 euros, to understand).

That amount must be enough for everything, but it is also accompanied by training and assistance of the receiving citizens in the creation of small businesses. Also in this, in the creation of micro-enterprises, the protagonists are women, but it is another story, which deserves a narrative in its own right.

One of the leaders of the groups, Hanne Hassan, told Premium Times that she bought the ambulance mainly because of the problem told a few lines above: having women in labor transported to health facilities with trained staff and decent hygiene levels.

“We need to go to nearby communities to get commercial vehicles to take us to hospitals.

We were relying on a vehicle donated by the state government under former Governor Sule Lamido, but it is blocked following an accident,” said Ms Hassan.

“Since the vehicle has been stationary, some women have died in labor and many unborn children have also died as a result of late operations,” she said.

Mrs Hassan said that women from the various clusters, the groups in question, contributed about $900,000 in two months, while other members of the community donated $100,000.

She also added that the vehicle they bought is the only one in the community, so it happens that other people with emergency illnesses also travel on her stretcher to the only healthcare facility.

“Every family in the community can use its own vehicle to take the pregnant mother to the nearest healthcare facility as long as the head of the family can refuel the car and accommodate the driver,” he added.

However, she complained that despite the sacrifice of women to get the vehicle on the road and their other struggles, state government officials were not understanding.

“Despite our efforts, highway officials normally stop the vehicle asking for details thinking it is a commercial vehicle.

This causes a delay in the transfer of women in labor to maternity, and has led to the death of a woman,” Mrs Hassan concluded.

In Nigeria, the problem is not the ambulance, but what remains to buy medical equipment

Over the years, the government of Nigeria has worked hard to extend basic health services to women even in the most remote areas of the country, but the results have been mixed, and to date, they are far from sufficient.

Nigeria is a country rich in natural resources, almost all of them belonging to large foreign multinationals, the Italian ENI among them.

What remains in the pockets of the government is not much, and from this (or rather, from this as well) comes the great difficulty in putting into practice the various reforms that are attempted, the health reforms among them.

A factor that has not stopped the women of Jagawa, protagonists of a small all-female miracle.

Air Ambulance and MEDEVAC in Nigeria - They come from the…

Africa: too expensive ambulance supply from Zambia to Malawi…

South Africa and mental health drugs shortage: does it feed…

Endorsing the natural medicine in Africa is the new goal of…

COVID-19 in the UK: the Government announced huge increase of PPE production

Timor Leste: a new infirmary for the orphanage in Laga. The idea of Sister Alma, nun and doctor