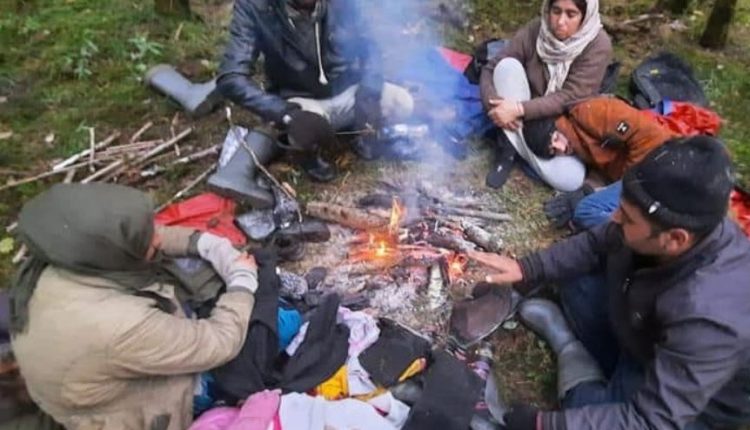 War in Ukraine: “At the moment the situation in the north of Romania is calm, although the border police have reported more movement than usual and the arrival of about 100 cars of Ukrainian citizens fleeing Russian attacks”

“The authorities of one of the border towns, Sighetul Marmatiei, have started to identify locations for possible reception centres.

The government in Bucharest has also asked NGOs to find a place for people hosted in refugee camps in the country who already have some form of protection.

The aim is to make room for possible arrivals from Ukraine.

Sitar Marian Ionut, researcher and member of the Migrants in Maramures association, based in the northern Romanian district bordering Ukraine, the scene of a Russian military operation launched at dawn today.

Marian works at the Babes-Bol University in Cluj Napoca but is based in Baia Mare, 40 kilometres from the border and about 230 from L’viv, the capital of western Ukraine, a region that was also hit by Russian bombs today.

In Romania, on the other hand, says the researcher, “there is a movement of NATO troops that for the moment makes us feel calm”.

Calm, however, does not diminish dismay. “I never thought something like this would happen in Europe,’ says Marian.

“I worked for eight years in the reception centre for asylum seekers in Somcuta Mare, another town in the Maramures district, and I heard so many stories of destruction and death, but I always thought it was all far away from us.

This feeling of alienation is also shared by the refugees living in the district, from countries such as Afghanistan, Iraq or Syria.

“They are shocked,” says Marian: “They fled war-torn areas in search of safety but now everything has changed.”

According to the activist, Romania is preparing for a possible influx of people fleeing Ukraine despite the fact that “Kiev has not yet made any official requests”.

Marian, who is also a member of the Romanian National Council for Refugees, explains that in the eastern European country “there are six refugee camps that can accommodate up to a little more than 1150 people and which are currently at about one-fifth of capacity”.

The Ministry of the Interior in Bucharest, which manages these facilities, “has asked the NGOs to find accommodation for those who are in the camps but who have already obtained some form of protection and who should therefore, according to Romanian law, leave these lodgings”.

On the border with Romania, Marian is convinced, ‘the aim is to make room for those who might arrive from Ukraine’

For this reason, continues the researcher, “the prime minister Nicolae Ciuca has declared that the country can expand the reception network up to 5,000 people”.

The Romanian Coalition for Refugee Rights, another network of which Marian is a member, has also “organised a meeting for tomorrow to prepare an action plan in case the situation worsens”, the researcher reports.

To date, a support network for those from Ukraine is informal and witnesses the close ties between this part of Romania and the neighbouring country.

“Many Ukrainians have relatives here and are hosted by them,” Marian adds.

“At the moment the refugee camps are still not needed: we hope that the situation here will remain as it is and that peace will return.”

Russia, a life for rescue: the story of Sergey Shutov, ambulance anaesthetist and…