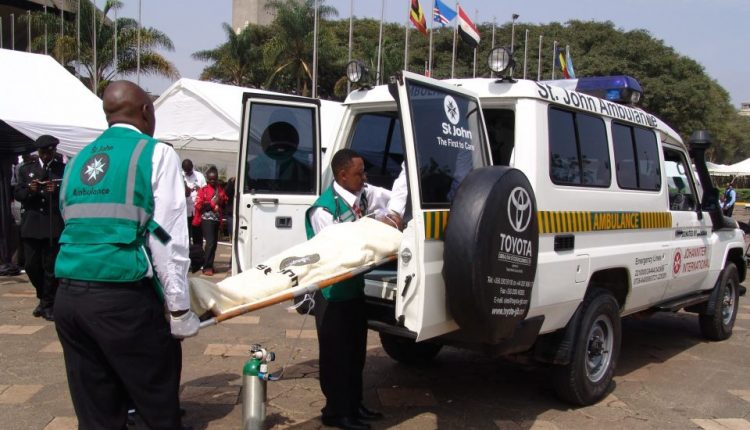 Watch the Family Out! - Emergency Team threatened by the Relatives of a Psychiatric Patient to be evacuated

A psychiatric patient took traditional drugs and collapsed. The emergency team knows that the solution is an evacuation with a plane, but his relatives do not agree so much. Is it possible to treat a psychiatric patient and his family at the same time?

In this article we are going to report the experience of a medical doctor with the evacuation of a psychiatric patient. The emergency team has the responsibility for the health of the patient they treat and it has the duty to do anything in its power to save his/her life. However, what if bystanders and – worse – the patient’s family does not agree? The #AMBULANCE! community started in 2016 analyzing some cases. This was part of our section of #Crimefriday stories, to learn better how to save your body, your team and your ambulance from a “bad day in the office”!

Emergency team threatened by a psychiatric patient relatives – The beginning

Our protagonist is a medical doctor since 2005. He worked for implementation of health services for an international wildlife nongovernmental organization (in remote locations) north of Democratic Republic of Congo and in eastern of Central African Republic.

Central Africa, where he served in 2016, at the time of the case, is a potential war zone. With a difficult case, we have to decide and prepare the appropriate transportation to a regional hospital (350 km on a bad road). We had two possibilities for evacuation: by plane (Cesna 206) or by normal land cruisers.

Preparing for evacuation, we learned that his relatives (friend and family) gave him traditional drugs. They hide this because we were in a work camp with rules.

When I saw that, I refused to give him modern drugs, I was afraid for a potential interaction or intoxication. I couldn’t give him sedation to secure an evacuation by plane. The only secure option we had was to use the Land Cruiser, but his family and colleagues refused and started to be violent.

They obliged the pilot to fly the patient to the nearest hospital (1 hour flight) if not, they decided to burn the plane and go on violent strike. What I did was to say that I can’t be sure to give him sedation because he took traditional drugs; it can be dangerous for his respiration and maybe for his heart function.

The pilot wasn’t able to fly with the agitated psychiatric patient in Cesna206. The evacuation was a dilemma. The issue was that other local workers (friend, colleagues and family of our patient) thought that I was trying not to help them. Fortunately, we don’t have any physical violence even if the situation was tough.

Then, I decided to call for a small meeting with the family, old workers, chief of camp, pilot, logistician, and we explained the reasons for our decision. It takes time before things return quite in the camp.
In the end, fortunately, they understood that we can prepare for them a land cruiser and send the psychiatric patient accompanied by colleagues and nurse. The transportation to the regional hospital went well.

I was surprised to see that we have (in a small field camp) “lack of communication” between the medical team and local leaders. They preferred to risk with the plane than using a car.

I think we did well to call for a meeting. It was later but not too later for “communication”. They were able even to burn the plane, or do something horrible.
I think it was important to sensitize all workers in the camp; to tell them that all medical issues are under the responsibility of the medical team.

The medical team was able to give advice, depending on the situation of the patient. After the incident, our relation was not so good with friends and family members of our patient. We deal with it, it takes time before things returned normal.

I learned some key lessons from this experience:
The most important was: “good relationship with local communities is the key for a solution “, then we tried to maintain a good communication with them.

Good relation with the local community helps in all kind of situations. In particular when an accident or big medical emergency happens. “We need their support as they need our medical help”.

Security first, (for all: patient, transportation, medical team…) always check before sedation. Maybe the patient is under drugs: intoxication, interference… we never know! A meeting can solve problems but can delay action.

Emergency team threatened by a psychiatric patient relatives – What has changed after this incident?

We decided to review our MEDEVAC procedures. We build an “emergency team” in which were included some local leaders (local staff), then they were implicated in different decisions.

We worked with our human resources team to improve worker’s delegation. They were more implicated in conflict resolution and in education courses.

Typhoon Vongfong is hitting the Philippines, but concern is for coronavirus infections

Young Fireman is near to die for cancer. Look how his colleagues honour him