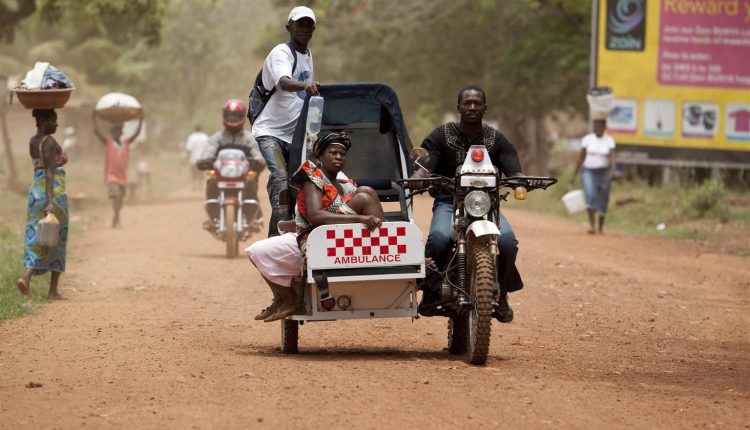 Patient assistance in critical situation: criminal gangs and other issues

An EMT living and working in Kenya had to assist patients during a building collapse. The problem of criminal gangs control in some city districts, the problem of communication and difficulty in collaborating with authorities emerge in the hard race for saving lives.

Patient assistance and issues related. The dispatch team ensures and coordinates the safety of scenes, the availability of security personnel before the response. But since the safety of the scene can sometimes be unpredictable and overwhelming, the people on the actual scene must figure out how to handle the situation but must communicate to the dispatch centre.

Patient assistance in a critic situation: the case

“It was last year when we received a call that a building had collapsed in one of the nearby estates. As a volunteer EMT in one of the private hospital in the city, we left for the scene. We found other agencies on the scene and the police.

On the arrival, we realised that the scene was dominated by a rowdy criminal gang who started harassing the medical team saying we were late and that they could do the evacuation themselves.

They even started throwing stones and chasing us away. They made everything difficult for the team including triage. Some who knew the victims insisted that priority be given to the ‘green and yellow’ patients leaving the ‘red’ patients.

Others mishandled the patients who had spine injuries by carrying them carelessly causing more harm. Some ambulance windows were broken and when they transported the casualties to the hospital they did not return.

As all this was happening, this criminal gang were busy looting the groceries and insisted we leave saying they could do it on their own.

There was a conflict of interest as we struggled to save lives, they struggled to loot. Some of the rescuers left with stone injuries. It was indeed a cruel rescue and these questions were left on my mind ever since:

Why would people think of looting first than saving lives?
Why would people stone those who are rendering help to the injured and destroy the ambulance?
Why would people practice impartiality simply because they know the victim i.e leaving the patient that needs immediate care and take that walking wounded?”

“The collapsed storey building was unfinished with two floors occupied and the upper floors were still under construction. The owner of the collapsed building came from a different ethnic community.

So there were two ethnic groups involved. One ethnic group accused the other of wanting to steal and loot their goods as a had collapsed. They also complained that the police and the ambulance had taken too much time to come to the scene.

So they became angry for being called thieves. Then the whole situation was hostile as the rowdy, drunk and criminal gang started throwing stones despite the presence of the police”.

“One responder spoke in their native language accusing the other ethnic group of wanting to loot the shop. They got angry and the other group also got angry and refused to assist in helping the injured.

They even became hostile to the rescuers and started lifting the injured in a manner that caused more harm even to patients who had c-spine injuries. They made triage very difficult and only wanted to assist those that they knew. All this

On realising the hostility of the scene we loaded the ambulance with three patients, two walking wounded and one critically injured and left for the hospital. We did not return to the scene but went back to the station as one of our team crew had stone injuries”.

What can be done to reduce harm during patient assistance?

Patient assistance: how to make it right?

This case report was reported during a webinar of the project #Ambulance! led by Reda Sadki.

Situational awareness - Drunk patient turns out to be a…

Paramedic attacked by a patient in ER. It all began with a…

Ambulance uniform in Europe. Wear and compare test by rescuers

How to obtain a quicker response time? Israeli solution is motorcycle ambulance