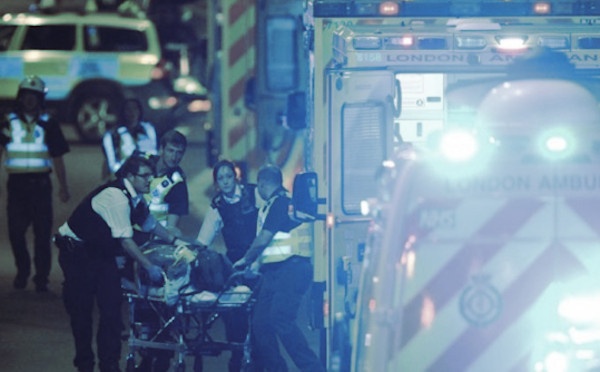 Almost all of you already have treated a drunk patient, especially in urban areas. The problem comes when this patient or some bystander becomes angry and violent at paramedics.

Here is an experience of a paramedic during a pre-hospital operation on a drunk patient. The protagonists will not only analyze the problem of drunk patients who become violent at paramedics but also the importance of situation awareness.

I have been a paramedic for the past 15 years working in rural and urban settings. I have a background in avalanche control and mountain rescue. I am currently working as an Advanced Care Paramedic. The service where I work runs 40 ALS ambulances and 2 ALS Paramedic Response Units (PRU’s) during peak hours. The PRU’s are staffed with our specialized medics. Tactical Emergency Medical Support (TEMS) and Incident Response Paramedic I(RP/Hazmat). I work on the TEMS speciality team. Every third tour (tour = 4 on 4 off) I work with the Police Service Tactical Unit (SWAT).

The other tours are spent working with a partner on the ambulance in the urban setting. The EMS service does approximately 110 000 calls/year. A high percentage of this call volume is considered elevated risk calls. These would include suicide attempts, domestic disputes, mental health issues, drug/intoxication calls, excited delirium and all police events where they request EMS on standby.

Our policy is to make a judgment based on all the information we have received about the call to hold back and wait for the police to secure the scene or go in and take a cautious approach. We have a safety system in place called Code 200. Our dispatch checks in with our crews on the radio every 15 min after we arrive on the scene asking for a unit contact. If we are safe and ok we answer with code 15. If we are in trouble and need police assistance to prevent injury/death to ourselves and/or our patient’s from violent attacks we call out code 200 on the radio. We have a code 200 button on the radio that opens the air so dispatch can hear what is going on. The police are quickly notified and the closest units will drop what they are doing and respond to the code 200.

When on TEMS I respond with the Police Service Tactical Unit (SWAT) to high-risk police events including drug warrants, homicide warrants, weapon calls, hostage-takings, bank robberies, bomb threats etc. We are the only medics in the city and surrounding area that are trained to enter hot zones with force protection. We wear heavy body armour and have specialized medical training for the tactical environment very similar to that of a military medic. We have specialized equipment such as IT clamps, junctional tourniquets, hemostatic dressings and progressive protocols different from that of the street paramedics. TEMS responds to 900-1000 calls per year.

We responded to a routine call for an unknown situation/man down around 0200 hrs. The location was at a C-Train land rail terminal (LRT). The location was in a low income, high crime area. We were not given any specifics as to the exact location or chief complaint en route to the call. My partner and I set out on foot after arriving in the ambulance at the north parking lot of the LRT. With no updates from dispatchers to patient location or details of what was wrong with the patient we entered the small terminal with no sign of anyone in distress.

The terminal was empty. We then walked over to the south parking lot where we were flagged down by a male approx 200 feet from the terminal. He was standing beside another male who was slumped over on a bench in the far northeast corner of the parking lot. There was very little light and there were no other people around (situational awareness). As we approached we could see alcohol bottles in a bag beside the patient.

The male that waved us down told us that his cousin had too much to drink and that we needed to take him to the hospital because he doesn’t want to deal with him anymore. After completing an initial assessment on the patient we asked where the two of them were headed, where they had been and how much they had to drink. We asked for a medical hx from the patient ‘s cousin as the patient was too intoxicated to answer for himself. He didn’t like all the questions we were asking and he started to get verbally abusive with us.

He would not give us the info we were looking for. After trying again to get some kind of history the male started to get into my personal space. At this time I felt threatened and I shone my flashlight at him and asked him to step back. He then took a swing at my head that I luckily blocked with my arm. I grabbed both his arms to try and subdue the individual and push him back. It turned into a wrestling match. My partner, who was very new on the job, started to yell and asked me what she was supposed to say over the radio. I told her to ask for the police, that we were involved in a physical altercation.

I managed to get the individual onto the ground. I kneeled on his arms and sat on his chest while I looked around to see if there were any other assailants. The patient remained slumped on the bench. Within minutes several police cars screamed into the parking lot and the officers took this individual into custody. As they searched the assailant they found a large bladed knife tucked into the back of his pants similar to the picture below.

Many lessons learned from this call that will be discussed in the analysis. We never want to get into a physical altercation with anyone at a scene. We must have situational awareness and rely on what our scenes are telling us! This could have gone very badly for both me and my partner.

The analysis and the dilemma of personal space violation

My partner and I entered a scene that at the time seemed to be low risk. Because of the lack of information we took a cautious approach. Looking back on it, I don’t think I would have changed how we approached the patient and his cousin.

One thing that did cross my mind was the distance from our ambulance which ended up being approx 300 m. I think once we knew of the patient’s location we should have driven the ambulance around. Saying this that would have taken some time because of the geography and the way the train right of way cut our access off. It was a long way around (see map below). There was a distance of approx 200 feet for us to assess the situation as we walked towards them. There was nothing alarming about the body language of either the patient or his cousin as we approached. Up until the patient’s cousin started to become verbally abusive did I realize there was a potential risk to the situation.

The dilemma I faced is when the patient stepped into my personal space. How should have I reacted versus how did I act? Did I precipitate the attack by shining my flashlight into the face of the perpetrator? What would have happened if I just stepped back and made sure there was a distance between us? We did not have the ambulance close enough to retreat to as a place of safety and that could have been an issue if things got out of control. I think my situational awareness was blinded by the fact this was one of many intoxicated patient’s we had responded to that night.

Things turned violent very quickly and I went into at first, the defensive mode by blocking the punch that was labelled for my head and second, offensive mode to subdue the assailant to make sure he couldn’t do any harm to me and my partner. We do have a system in place in the organization I work for to expedite police response to our situation if we feel we are in grave danger. It’s called a code 200 as described in the General Information. I didn’t feel the need to call a code 200 because once I had the patient subdued on the ground I felt I had control of the situation. We did request police assistance but stated we were code 15 and explained why to our dispatch.

The entire call was captured on CCTV and the transit security firm ended up calling for police to respond before we requested them on the radio. The lessons I learned is to always be aware of the situation and environment. This was a well-known area for crime, I learned I needed to react sooner to the emotions of the bystander and maybe start diffusing the situation earlier. I learned that sometimes we can’t diffuse the situation and sometimes we need to back out of the call and ask for the police.

Looking ahead to the big event: INTERSCHUTZ 2020 just one year away