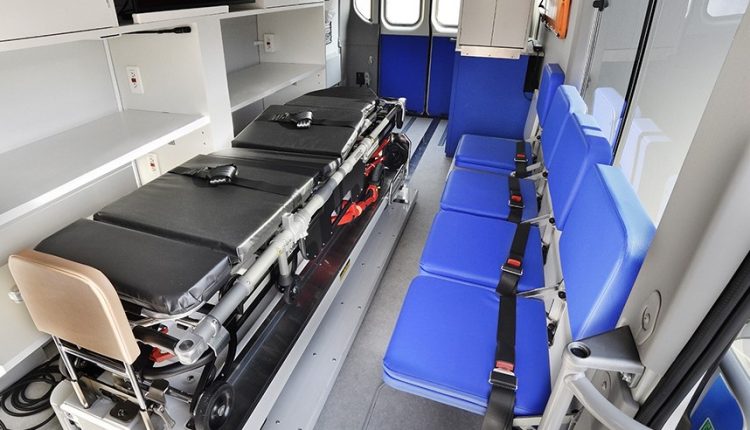 Hydrogen ambulance: a vehicle based on the Toyota Coaster minibus, using the (hydrogen) fuel cell system of the Toyota Mirai sedan, will be tested

The organizations aim to use this demonstration testing to confirm the effectiveness of a commercial fuel cell electric vehicle (FCEV) in areas of medicine and disaster countermeasures, and to achieve carbon neutrality.

By building an operational model of an FCEV mobile clinic for utilization during normal times and times of disaster, they will also contribute to the reduction of CO2 emissions to help prevent global warming.

Typhoons, heavy rains and other natural disasters have increased in frequency over recent years, causing not only power outages for homes and evacuation centers, but also increasing the need for medical services in disaster-affected areas.

In light of this, Toyota has been working with Japanese Red Cross Kumamoto Hospital since around the summer of 2020 to look into how these issues could be addressed.

As a result, the two organizations have agreed to contribute to solving issues associated with natural disasters.

This would be achieved with an FCEV mobile clinic that could be used to deliver medical services during normal times, and could also be used to support disaster relief efforts during times of disaster, while supplying electricity in disaster-affected areas as part of a disaster response.

Toyota has developed the FCEV mobile clinic based on its Coaster minibus, with the power source using the Toyota fuel cell system*2 employed by the “Mirai” FCEV. On the road, it exhibits a superior environmental performance with no CO2 emissions or substances of concern (SoC), while offering a low-noise, low-vibration driving experience. 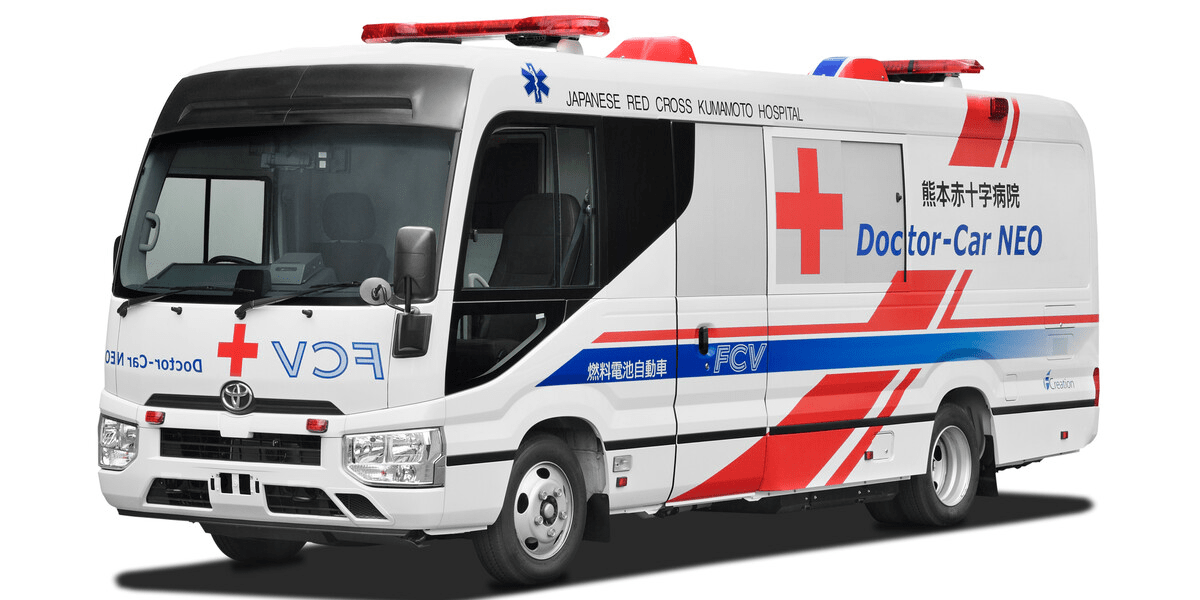 The hydrogen ambulance, which is 7.16 metres long and weighs 5.5 tonnes, has a range of 210 kilometres and a top speed of 100 km/h, according to Toyota.

With multiple 100 VAC accessory power outlets supplied not only inside the vehicle but also outside the cabin, the vehicle is able to supply electricity to a variety of electrical products.

Inside, the vehicle combines air conditioning with an exhaust system and HEPA filter*4 to improve infection control for occupants when working.

Bringing their respective knowledge and technologies to the development. and utilizing the exceptional environmental performance that is unique to FCEVs, they aim to explore expanded applications for a mobile clinic that can reduce stress levels for both medical staff and patients.

Demonstration testing seeks to achieve a reassuring power supply during times of disaster with a view to effective utilization of the vehicle’s power supply capabilities in medical settings and disaster-affected areas.

In addition to emergency transportation of patients, they believe the FCEV mobile clinic has the potential for a wide range of applications and developments in the healthcare field, including supplying electricity to blood donation buses and medical examination vehicles, traveling to less-populated areas as a mobile clinic, and a mobile PCR testing vehicle.

Electric Ambulance: ESprinter Presented In Germany, The Result Of Cooperation Between Mercedes-Benz Vans And Its Partner Ambulanz Mobile GmbH & Co. KG Of Schönebeck

Electric ambulance: eSprinter presented in Germany, the result of cooperation between Mercedes-Benz Vans and its partner Ambulanz Mobile GmbH & Co. KG of Schönebeck