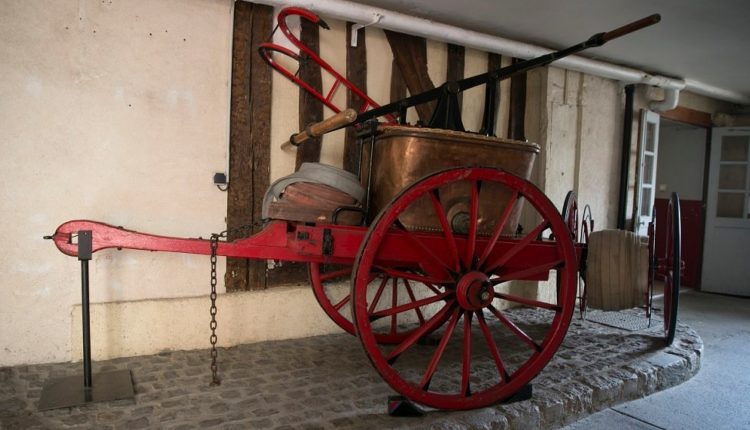 The origins of the Paris Sapeurs-Pompiers regiment: the introduction of the Dumouriez hand pumps in Paris in 1699 on the basis of a royal contract laid the foundation for what would later become the Sapeurs-Pompiers Regiment of the French capital

At the time, the firefighting tactics and technologies available were rather rudimentary.

Only thanks to the experience and courage of the construction workers, among whom the Sapeurs-Pompiers were recruited, it was possible to carry out the rescue and fire fighting actions. 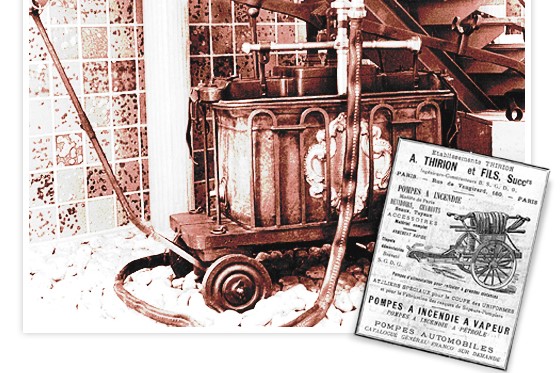 Paris: after the Revolution of 1789, the Sapeurs-Pompiers spontaneously swore an oath to the new regime

The Directory, the Consulate and the Empire made only a few changes to the organization which was now in decline.

The need was therefore felt to reform this body, but the reorganization of 1801, which closely followed the creation of the Paris Police Prefecture, did not bear the hoped-for results.

The deadly fire that broke out during the austrian embassy ball in July 1810, during the celebrations of Napoleon’s marriage with Maria Luisa, reminded the emperor of the importance of a functional Fire Brigade regiment for the capital.

Despite the courage and dedication of the Fire Brigade who rushed to put out the fire, the fire service revealed its weaknesses: delays, insufficient and unreliable equipment, poorly trained staff and incompetent management.

Precisely for these reasons the leaders of the old organization were dismissed and the guard corps as it was until then was suppressed. 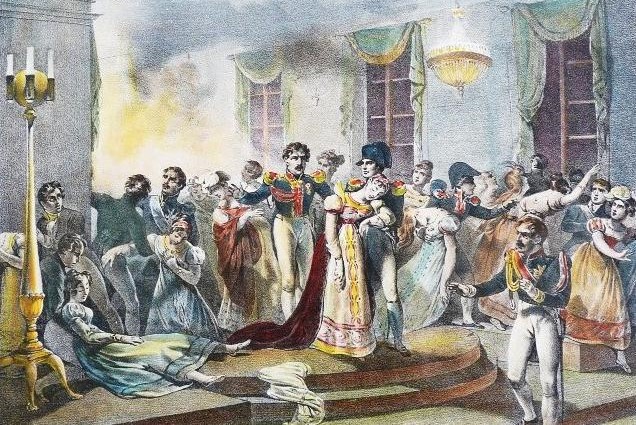 Sapeurs-Pompiers: after this disaster, the emperor reorganized this public service by creating the first military body of the Fire Brigade 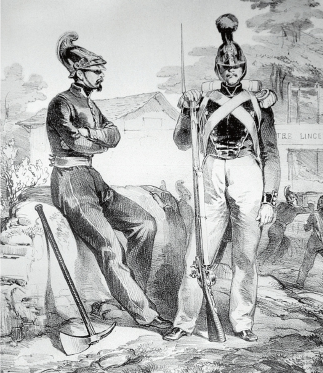 It’s made up of engineers of the Imperial Guard dedicated to defending the castles of the empire from fire.

Wanted by Emperor Napoleon I, the creation by imperial decree of 18 September 1811 of the Battalion of the Sapeurs-Pompiers of Paris had original and innovative characteristics, consecrating the transition from civil and municipal organization to a real military corps.

Thus, and since its creation, this military corp has been placed under the authority of the prefect of the police of Paris, responsible for the security of the capital.

Based on three typically military bases (extensive field training of the agents, technological research and implementation of operational procedures), the Battalion very quickly appropriated its new style and became, from the end of the second half of the nineteenth century, a model of organization of the public fire-fighting service not only of national but also of international reference.

In 1814, the battalion was provided with an instruction manual and was also introduced the practice of gymnastics to train efficient and daring rescuers. 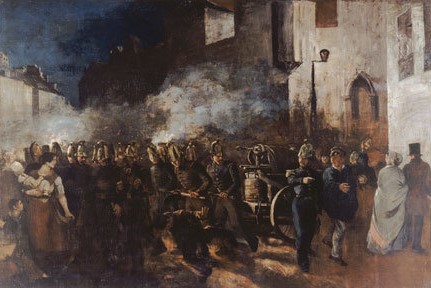 In terms of equipment, the Paris Sapeurs-Pompiers had hand pumps, barrels, axes and ropes at their disposal

In 1830, Lieutenant Colonel Gustave Paulin took command of the Corps and invented the first self-contained breathing apparatus to allow intervention in rooms where smoke otherwise made operations impossible.

During the first half of the nineteenth century, the twelve arrondissements of Paris were defended by a network of central barracks and small posts designed to reduce distances and to speed up the arrival of help, which still took place on foot or on horseback. 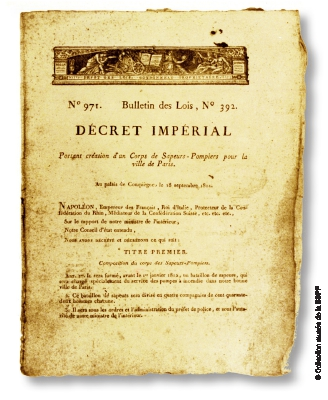 By absorbing the neighboring municipalities, in fact, the capital came to include 20 arrondissements, 8 more than before, and underwent a profound transformation.

The Parisian fire brigade had to guarantee the protection of a significant additional territory, without a noticeable increase in the number of active officers.

A major reorganization then took place with the creation in the new neighborhoods of many new city posts, each made up of three men and basic equipment.

In 1866 the Battalion officially became a Regiment.

This change was also accompanied by a profound technological change. In fact, it passed from horse-drawn traction to mechanical traction: the Sapeurs-Pompiers regiment of Paris was equipped with steam pumps, and then passed from electric engine to the internal combustion engine.

At the same time, a new operational coverage strategy led to the division of the capital into 24 fire fighting sectors, allowing for the pooling of fire fighting resources and further shortening response times.

The most important of all these innovations brought about by technological advancement was the first alert network established after 1870, based on the new telegraph technology.

Afghanistan, the Taliban enter the Panshir valley: Emergency's hospital in Anabah is reached