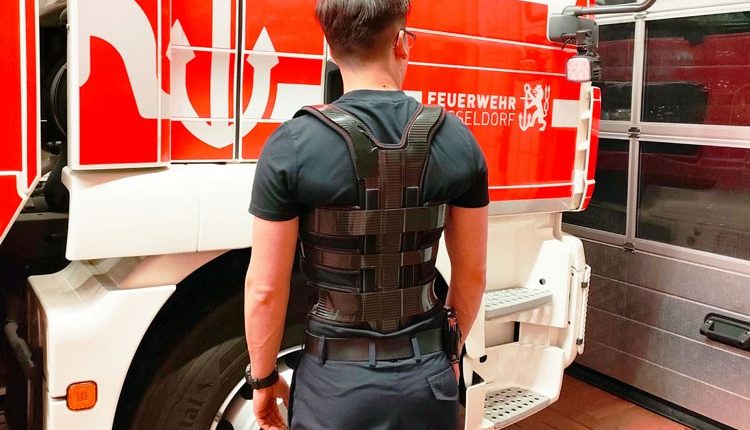 In order to offer emergency services the best possible protection during back fatigue activities, the fire brigade in Düsseldorf, Germany, is now using the so-called Spine Support Module (SSM)

WOULD YOU LIKE TO KNOW MORE ABOUT THE ACOUSTIC AND VISUAL SIGNALLING DEVICES SIRENA DEDICATES TO AMBULANCES, FIRE BRIGADES AND CIVIL PROTECTION? VISIT OUR BOOTH AT EMERGENCY EXPO

The exoskeletons, originally designed for the military sector, have been adapted to the needs of the rescue service

The corset, which weighs approximately one kilogram, supports the stabilisation of spinal column rotation through the functional structure between the trunk brace and the pelvic ring.

This prevents both hyperlordosis (hollow back) when bending or lifting heavy objects and hyperflexion (curved back) when sitting in the wrong position or working in a bent posture.

In addition, the spine is protected in the event of a fall and during rapid turning and bending movements.

A slight extension of the spinal column prevents excessive pressure on the intervertebral disc.

According to the manufacturer, the optimisation of the transport load exceeds 40 per cent, explains Simon Janßen, occupational safety specialist.

Already in January, two employees of the Düsseldorf fire brigade from the safety and exchange service tested the extent to which the SSM is suitable for the daily work of the rescue services.

FITTING OUT SPECIAL VEHICLES FOR FIRE BRIGADES: DISCOVER THE PROSPEED BOOTH AT THE EMERGENCY EXPO 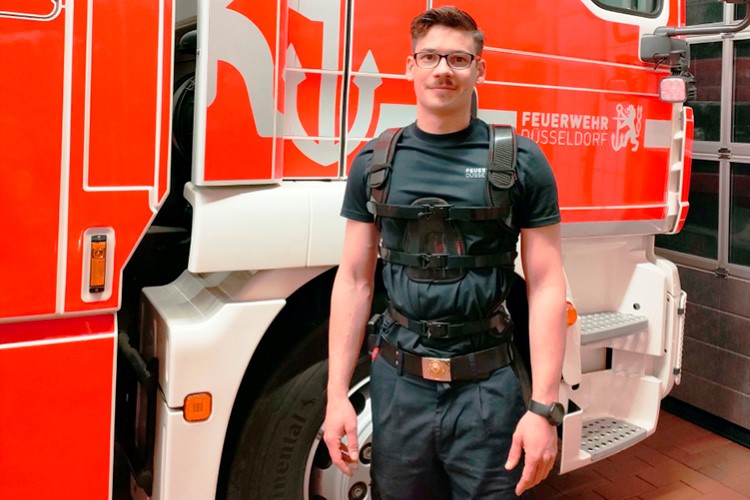 The exoskeleton has been tested by a larger group of people since April.

During the six-month test phase, six of the exoskeletons are to be checked for operational limits, transport comfort and usage time by the fire brigade and rescue service, as well as daily safety.

The test phase is accompanied by the company medical service.

After the evaluation, a decision will be made on the nationwide use of the MVU.

Childhood psoriasis: what it is, what the symptoms are and how to treat it

Liver: what is non-alcoholic steatohepatitis