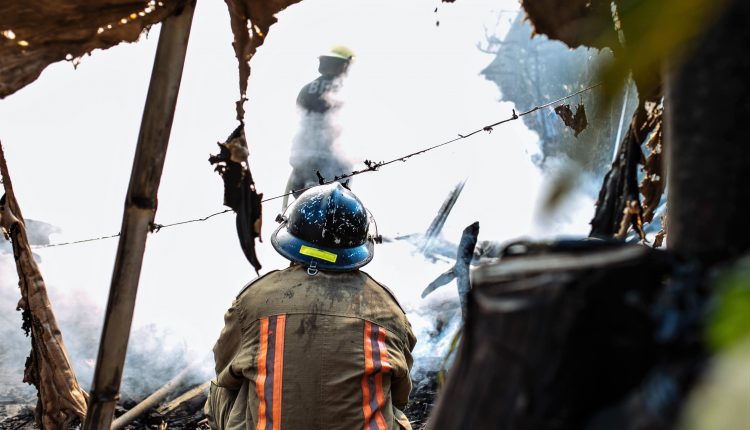 Formerly also called war neurosis, because it was often observed in soldiers engaged in battle, PTSD is a disorder that usually manifests its symptoms following a particularly traumatic event, an event that interrupts the natural flow of a person’s life.

For example, being bombed, surviving a building collapse, being in an accident or being sexually assaulted.

It was not until the Vietnam War, where very high rates of PTSD were recorded in American soldiers, that the disorder began to become known and become a subject of public debate.

Finally, it was only after the introduction of the DSM-III in 1980 that post-traumatic stress disorder was officially introduced and recognised.

One group of people who may experience many traumatic events as part of their work and therefore be at high risk for PTSD are firefighters.

PTSD, a study of US firefighters examined the type of traumatic events they experienced

Many had been exposed to incidents of crime victims, people who were ‘dead on arrival’ (where death was not due to natural causes), incidents where there were serious injuries, and some also reported experiencing the stress associated with giving medical care to children and infants.

Another study found that firefighters generally reported that medical emergencies and motor vehicle accidents were the most upsetting types of calls they received.

Studies have found that anywhere between approximately 7% and 37% of firefighters meet the criteria for a current diagnosis of PTSD.

Risk factors for PTSD among firefighters

Protective factors for PTSD among firefighters

One of the most important protective factors is the social support available at home or through work.

In addition, it has also been found that having effective coping strategies available can reduce the impact of experiencing multiple traumatic events.

Debriefing or supportive interviews by psychologists or psychotherapists

Many individuals heal once they are removed from the traumatic situation, when they are shown understanding and empathy and given the opportunity to describe the event and how they reacted to the trauma.