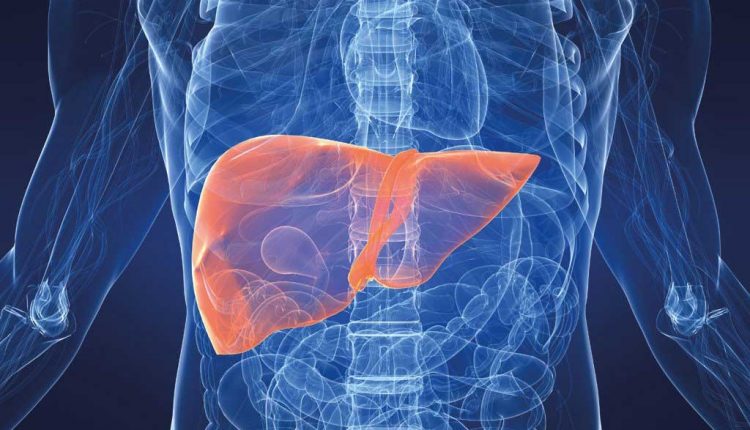 Continuing to shed light on this particular category of infectious diseases, viral hepatitis, is even more crucial today

On the one hand, the emergence of as yet unknown forms of viral hepatitis, such as acute hepatitis in children, makes it necessary to make scientific and clinical efforts to gather the data available today and in the future.

On the other hand, the social stigma associated with these diseases remains high in Italy and worldwide.

In an attempt to combat this social phenomenon and to provide information on the various forms of hepatitis, we will continue along the path already traced with regard to these diseases: after having examined hepatitis A and hepatitis B, we will focus on the other types of viral hepatitis, hepatitis C, D and E.

What are viral hepatitis and what are the different types?

The term viral hepatitis refers to an inflammation of the liver caused by viruses that can replicate in the liver.

Some viruses, such as cytomegalovirus and mononucleosis virus, cause hepatitis as part of a generalised infection of the body, while five viruses target the liver as a priority: HAV, HBV, HCV, HDV and HEV.

The course of viral hepatitis differs depending on the virus involved and the characteristics of the patient: all viruses cause acute hepatitis, often asymptomatic and of relatively short duration (4-6 weeks).

In varying proportions, infection with viruses B, C and D can, however, become chronic, which occurs when acute hepatitis lasts longer than 6 months.

Hepatitis D (delta) has a special biology, as will be discussed below.

In a limited percentage, hepatitis B, C and D can evolve into cirrhosis and liver cancer, which is why early recognition of the infection helps to prevent these complications, which affect tens of thousands of individuals each year in Italy.

Hepatitis C: how it is transmitted and how it manifests itself

This viral hepatitis, identified in 1989, is mainly spread through:

Of these, half are caused by risky behaviour, the most important of which are injections of drugs into veins.

The symptoms of hepatitis C

The most important aspect of hepatitis C is the high tendency (60%) of the acute infection to develop silently into a chronic form.

Another important aspect of acute infection is the frequent absence of symptoms or the appearance of non-specific symptoms. Occasionally, the patient with acute infection presents with:

Chronic hepatitis C infection, on the other hand, is almost always diagnosed by chance, often during investigations in individuals who for some reason discover that they have altered liver test values such as transaminases.

As far as treatment is concerned, for the past 8 years there have been 2 equally effective and safe antiviral therapies available, which are administered orally for a period of 2-3 months and have the ability to cure the disease in almost all patients, with the ability to completely eradicate the virus even in the most fragile.

The use of antiviral treatments has been, and continues to be, fundamental: in Italy, to date, a total of about 200,000 patients with chronic hepatitis C have been treated, the majority with cirrhosis, and this has helped to reduce mortality from cirrhosis and liver cancer.

Viral hepatitis, what is the D or delta form

Hepatitis D, identified in 1977 by Professor Mario Rizzetto of the University of Turin, is a peculiar and very severe form of hepatitis, for which there are still no drugs capable of eliminating the virus.

It is caused by a virus (HDV) that lacks autonomy and requires the presence of the hepatitis B virus (HBV) in order to survive, transmit itself and make the liver sick.

Worldwide, about 20 million people are chronically co-infected with HBV and HDV, with important geographical variations in prevalence.

Thanks to the compulsory vaccination programme against hepatitis B, which has covered all newborns since 1989, the frequency of hepatitis D outbreaks in our country has been dramatically reduced in recent decades.

How hepatitis D is transmitted

The HDV virus is transmitted by

Delta infection therefore only occurs in association with hepatitis B and should be sought in all HBsAg seropositive individuals (specific marker for hepatitis B) with laboratory tests suggestive of liver disease.

Hepatitis D can be transmitted as:

In contrast to hepatitis C, co-infection and over-infection can have a fulminant course.

As far as treatment is concerned, there is no cure; however, two promising drugs are in development.

Hepatitis E: what are the forms and how does it manifest itself?

HEV causes acute hepatitis and only occasionally, in immunocompromised individuals, can it cause protracted or chronic forms.

Present throughout the world in various genetic types (genotypes), it is divided into 2 macrocategories:

Cases of brachial plexus atrophy and Guillame Barré-type neuralgia have been reported with both genotypes 1 and 3.

In HEV 1 outbreaks, the prevalence of severe and sometimes fatal complications in pregnant women has been reported.

Both HEV genotypes can cause second infections.

HEV infection generally manifests itself with the typical symptoms of viral hepatitis with:

For this reason, HEV infection can be mistaken for hepatitis A.

Recovering from viral hepatitis: how to treat hepatitis E

While acute HEV1 and 2 infections resolve spontaneously, HEV3 infection can cause chronic infection requiring treatment: there is no specific anti-HEV drug, but the antiviral drug ribavirin, long used to treat HCV, has been successful against protracted HEV3 infections.

Lastly, having reviewed all known forms of hepatitis, we would like to mention acute hepatitis in children, which has recently become a topical issue in Italy.

It is important to point out that, at present, there is no certain information on the subject, especially as regards the origins of the disease.

From the symptoms observed, the hypothesis that it is viral hepatitis has been put forward, but to date there is insufficient data to support this.

The only firm point on the subject is the need, stressed in recent days by the CDC (Center for Disease Control and Prevention) in Atlanta, to continue to collect and analyse scientific data in order to find answers as soon as possible.

Hepatitis In Children, Here Is What The Italian National Institute Of Health Says

Hepatic Steatosis: What It Is And How To Prevent It

The Different Types Of Hepatitis: Prevention And Treatment

Asthma: tests for diagnosis and treatment