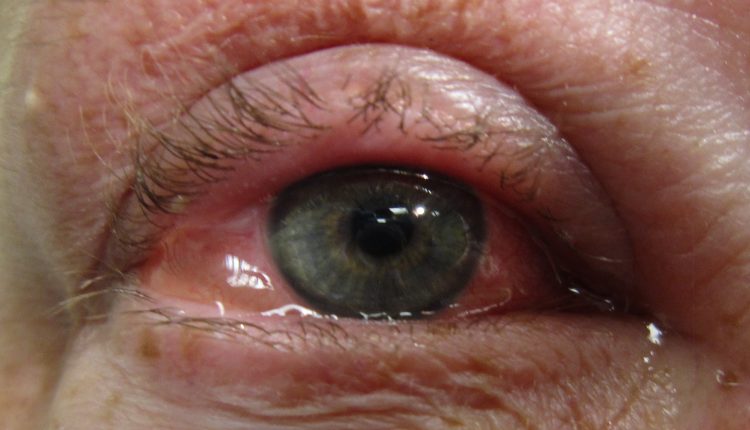 Conjunctivitis is the most common inflammation of the eye among both adults and children and causes symptoms such as redness, tearing and burning

Conjunctivitis is an inflammation of the conjunctiva, which is the transparent layer that covers the surface of the eye and eyelids.

The conjunctiva is the most exposed part of our eye and comes into contact with numerous substances, both microorganisms and harmful substances, which is why it is susceptible to inflammation of various kinds.

There are different forms of conjunctivitis; depending on the causes, we distinguish between:

Bacterial forms of conjunctivitis are the most frequent and are caused by germs, both staphylococci and streptococci, but also by the bacteria H. influenzae, N. gonorrhoeae and Chlamydia trachomatis.

The symptoms of bacterial conjunctivitis are:

Sometimes spontaneous healing can occur, but in most cases antibacterial therapy is required.

Herpes virus-related forms are very serious because they can also affect the cornea, causing infections that can lead to corneal ulceration if not treated in time.

Viral conjunctivitis, in addition to redness and tearing, can be associated with infection and general symptoms such as:

Resolution occurs after 10 to 15 days if treated correctly.

Allergic forms of conjunctivitis are caused by the body’s reaction to external agents such as pollen, dust and animal hair.

They are characterised by

Symptoms vary in degree throughout the day and between days.

Allergic conjunctivitis benefits from the use of topical antihistamines and artificial tears; in more severe forms, cortisone eye drops are used in moderation, due to side effects such as increased intraocular pressure in predisposed individuals.

Other forms of conjunctivitis

Irritative forms are caused by exposure to chemicals and any chemical substance that comes into contact with the conjunctival surface; they are also characterised by redness and serous secretion.

In these cases, it is important to understand the causative agent and avoid contact.

Forms associated with systemic diseases are an effect of diseases such as rheumatoid arthritis, thyroid disorders and diabetes.

Diagnosis of the various forms of conjunctivitis is difficult

The conjunctival swab is especially useful in bacterial forms to isolate the responsible germ and thus direct therapy by choosing the most effective antibiotic; the symptoms and clinical history are useful for the diagnosis of the other forms.

Eye Health And Eyes Disorders: Signs Not To Be Underestimated

Inflammations Of The Eye: Uveitis

Myopia: What It Is And How To Treat It

Presbyopia: What Are The Symptoms And How To Correct It

Nearsightedness: What It Myopia And How To Correct It

Lazy Eye: How To Recognise And Treat Amblyopia?

What Is Presbyopia And When Does It Occur?

Red Eyes: What Can Be The Causes Of Conjunctival Hyperemia?

Diseases Of The Cornea: Keratitis

HPV Infection And Cancers Of The Nose, Mouth And Throat: What Is There To Know?