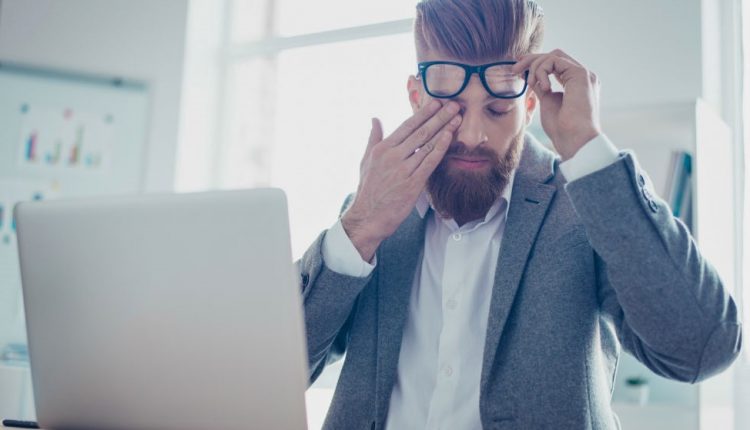 What is presbyopia and when does it occur?

Presbyopia: over the age of 45, everyone begins to have difficulty seeing the words and images on their smartphone screen, or feels the need to move the book or newspaper they are reading away from them in order to focus on the text

This is presbyopia, a visual disorder “typical” of advancing age, which takes away the sharpness of images that appear in the “near” (meaning at a distance of 30 to 40 centimetres).

But what happens to our eyes after the age of 40? What are the alarm bells that tell us if we are suffering from presbyopia?

And what are the options available today to correct this vision problem?

Presbyopia: a problem of sight and age

The term ‘presbyopia’ comes from the Greek words presbus (old, worthy of respect) and opia (sight) and refers to a visual disorder that is totally age-related and therefore physiological.

In contrast to the more common refractive defects (myopia, hypermetropia and astigmatism), which depend on an abnormality of the ocular structure, presbyopia is caused by the loss of flexibility of the crystalline lens, the lens inside the eye.

Over the years, the central part of this lens (nucleus) loses water, hardens and can no longer change its shape to focus on objects near or far.

The crystalline lens then loses its ability to ‘accommodate’, i.e. to maintain a clear view of objects at different distances.

In the case of presbyopia, near vision is made difficult.

It should be noted that presbyopes use two different corrections for distance and near vision.

In fact, even the slightly nearsighted person who reads without spectacles is presbyopic, i.e. he or she uses spectacles for distance vision and removes them when looking at objects or writing about 30 centimetres away.

The alarm bells of presbyopia

Over the age of 45, the person notices a certain difficulty in distinguishing the images on the mobile phone screen, feels the need to move away from books or newspapers in order to be able to read the text and perceives a certain eye fatigue, especially during all activities carried out at close range.

These complaints tend to worsen with age.

Rarely, presbyopia can occur as early as the age of 40.

In such cases, diseases such as diabetes, multiple sclerosis, cardiovascular disease, or the use of medications such as diuretics, antihistamines, and antidepressants contribute to the accelerated onset of the problem.

Eye examination for the diagnosis of presbyopia

Presbyopia is a clock provided to us by Mother Nature, which should encourage everyone to visit an ophthalmologist, and for many this will be the first eye examination of their lives.

The specialist will assess not only the degree of correction of the spectacles, which are often of extremely simple corrective power, but also the health of the eye.

At this examination, visual acuity with the most reliable dioptric correction, eye pressure and ocular fundus will be specifically checked, which is recommended especially for those with a family history of diseases such as glaucoma and maculopathy.

To check visual acuity, i.e. the ability of the eye to focus correctly on objects, the ‘classic’ vision measurement is usually performed using the octotype table.

This is a board usually consisting of letters of different sizes arranged in several rows on top of each other.

The person looks at the board at a certain distance covering first one eye then the other and the specialist checks whether the letters are read correctly.

The choice of the most suitable lenses for correction is suggested by the specialist depending on the person’s age, the severity of the problem and the possible presence of other associated refractive defects (myopia, astigmatism and hypermetropia).

In some cases, multifocal soft contact lenses may be used, which are particularly recommended for people who have been wearing contact lenses for a long time to correct other refractive defects.

In addition to the traditional means of correction, spectacles and contact lenses, laser refractive surgery has been used to correct presbyopia since 2005.

Laser surgery can be an effective solution in case of presbyopia, as it increases the depth of field and thus offers good comfort in mid-distance vision (the distance at which we typically have a computer screen) and helps in near vision (books, newspapers and smartphones) in a well-lit environment.

It is particularly indicated if presbyopia is associated with other refractive defects, such as myopia, astigmatism and hypermetropia.

In the field of laser refractive surgery, 2 techniques are most commonly used: Excimer laser (with PRK technique) and Femtolaser (with Lasik technique).

Excimer laser (PRK, PhotoRefractive-Keratectomy) is the treatment with the most experience in the world (since 1990).

It consists of remodelling the front surface of the cornea, the first lens of the eye, after the surface epithelium has been mechanically removed (de-epithelialisation procedure).

A “natural contact lens” of the desired dioptric power is sculpted for the correction of the refractive defect and, in the case of presbyopic correction, an area of multifocality is modelled on the anterior surface of the cornea to help the patient with near vision.

Only the precision of the laser beam enables patches of corneal tissue of one micron (one thousandth of a millimetre) to be removed at each “spot” (blow).

It is therefore a treatment that has the advantage of taking place on the surface of the cornea, without the surgeon having to manipulate the eye and therefore without intra-operative risks.

It causes some pain during the 2-3 days following the treatment.

The Lasik technique involves an initial stage in which the femtolaser cuts the cornea sagittally.

The flap is then lifted by the surgeon who, with the second instrument, the excimer laser, modifies the curvature of the cornea by excavating it internally according to the required treatment parameters (as in PRK).

This technique, like PRK, makes it possible to correct not only presbyopia, but also any other refractive defects that may be present.

The femtoLASIK technique is more invasive than PRK, but is pain-free after the operation.

When the crystalline lens becomes opaque and cataracts occur, as an alternative to laser refractive surgery, cataract surgery with implantation of an intraocular lens or artificial crystalline lens can be used to correct presbyopia.

These lenses are accommodative or multifocal, i.e. they are able to focus the eye on both near and far at the same time. They do not become opaque and last a lifetime.

This procedure allows simultaneous correction of associated refractive defects such as myopia, astigmatism and hypermetropia.

It should be noted that the most suitable operation must be assessed by the surgeon on the basis of age, severity of symptoms and the presence of other refractive defects.

Lazy Eye: How To Recognise And Treat Amblyopia?

Respiratory syncytial virus (RSV): how we protect our children