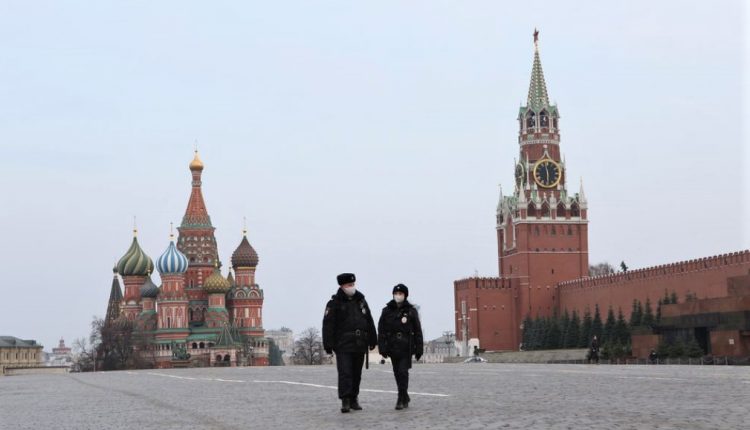 COVID-19 in Russia: statistical agency Rosstat reports a much higher number of deaths than the Ministry of Health

The news was published in the prestigious scientific journal BMJ (PDF at the end of the article).

January 2021 has been the pandemic’s deadliest month in Russia, with the health ministry reporting over 20 000 deaths.

But Rosstat’s figures, published this week,1 showed 162 429 “coronavirus related fatalities” occurring in Russia in 2020 alone, almost three times higher than the ministry’s total figure for 2020 of 57 019.

The virus “significantly” contributed to fatal complications of other diseases in 13 524 cases, whereas 44 937 people died after testing positive for the virus, but it was “not the leading cause of death.”

The ministry only counts cases in which covid-19 is demonstrated as the cause of death by autopsy.

COVID-19, death count in Russia very similar to that in Italy a few months ago

A very similar division of real and certified figures was experienced in Italy a few months ago.

Read Also: COVID-19 In Italy, Oxford University Issued A Study On The Real Number Of Deaths

Excess deaths reported by these sources began to streak ahead of health ministry figures last April.

Extrapolating the gap between Rosstat’s and the health ministry’s figures to the present dayindicates covid-19 mortality to date of 1535 per million population, which would place Russia sixth in the world behind San Marino, Belgium, Slovenia, the United Kingdom, and the Czech Republic.

Other figures published recently by Rosstat show that Russia saw 323 802 more total deaths from all causes in 2020 than in 2019, with the excess heavily concentrated at the year’s end.

This toll, combined with lower immigration from former Soviet republics, led to Russia beginning 2021 with a population 510 000 smaller than when it began 2020.

Leading figures in the Russian state have conceded the accuracy of Rosstat’s figures on excess deaths, including the health minister, Tatiana Golikova.

But she continues to defend Russia’s practice of attributing some deaths to other causes in people who test positive for the virus, against World Health Organisation advice.

“Unfortunately, the excess mortality in 2020 appeared in nearly every country of the world and it’s at levels we wouldn’t like to see,” Putin’s spokesman Dmitry Peskov told reporters.

“It’s a harsh reality we, all countries of the world, face in the era of the pandemic.”

Asked to explain the discrepancies in official figures, he said, “As for the incoming data from the regions: there could be peculiarities somewhere.”

New cases of covid-19 are now falling in Russia, and restrictions are lifting, although most of the charges against more than 10 000 people arrested in recent anti-corruption demonstrations involved special pandemic laws meant to enforce social distancing.

Government hopes rest on the rollout of the Sputnik vaccine.

But despite an early start, only about 2.2 million Russians, about 1.5% of the population, have been fully or partially vaccinated.

Polling indicates that 59% of Russians plan to avoid taking the vaccine.

In Mexico, health officials in October came forward unprompted to say that a review had identified more than 50 000 unreported covid-19 deaths, at a time when the country was officially reporting 89 000 deaths.

If the numbers admitted by the Mexican and Russian governments were added to current global databases—which still show only the lower figures—they would increase the world’s death toll by over 150 000, to more than 2.5 million deaths”.

How does it feel to receive the COVID-19 vaccine? Yale Medicine's reassurances on side effects

Women scarred with acid: what should the rescuer do?