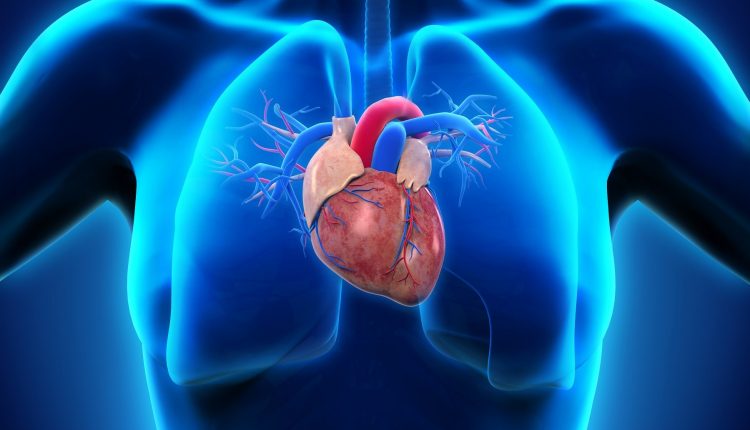 Eisenmenger’s syndrome is named after Victor Eisenmenger, who first described it in 1897.

In 1958 Paul Wood was the first to use the term ‘Eisenmenger’s complex’.

Eisenmenger’s syndrome usually develops before puberty, but can also occur in adolescence or early adulthood.

It begins after the age of two, on average around the age of fourteen.

It affects both males and females.

Eisenmenger’s syndrome is due to the communication between the two cardiac chambers, as a result of a congenital defect or a surgically created shunt, which allows oxygenated blood to recirculate back into the right ventricle and into the lungs.

Over time, an increase in pulmonary resistance may develop, eventually leading to severe pulmonary hypertension, a bidirectional shunt with a progressively increasing right-left shunt.

An interventricular septal defect (present singly or in tetralogy of Fallot or pentalogy of Fallot), if left untreated, can lead to the development of the syndrome.

Other cardiac defects that can lead, if untreated, to Eisenmenger’s syndrome are:

Infants who have a large ventricular septal defect, atrial septal defect or persistent patent ductus arteriosus at birth have a higher risk of developing Eisenmenger’s syndrome.

Eisenmenger’s syndrome can be prevented by corrective surgery before changes occur in the lungs.

Symptoms and signs of Eisenmenger’s syndrome

Clinical symptoms of the syndrome include:

The left-right shunt due to Eisenmenger’s syndrome is responsible for systemic oxygen desaturation leading to:

Digital hippocratism (“drumstick fingers”, see image below) and heart murmurs may be present. 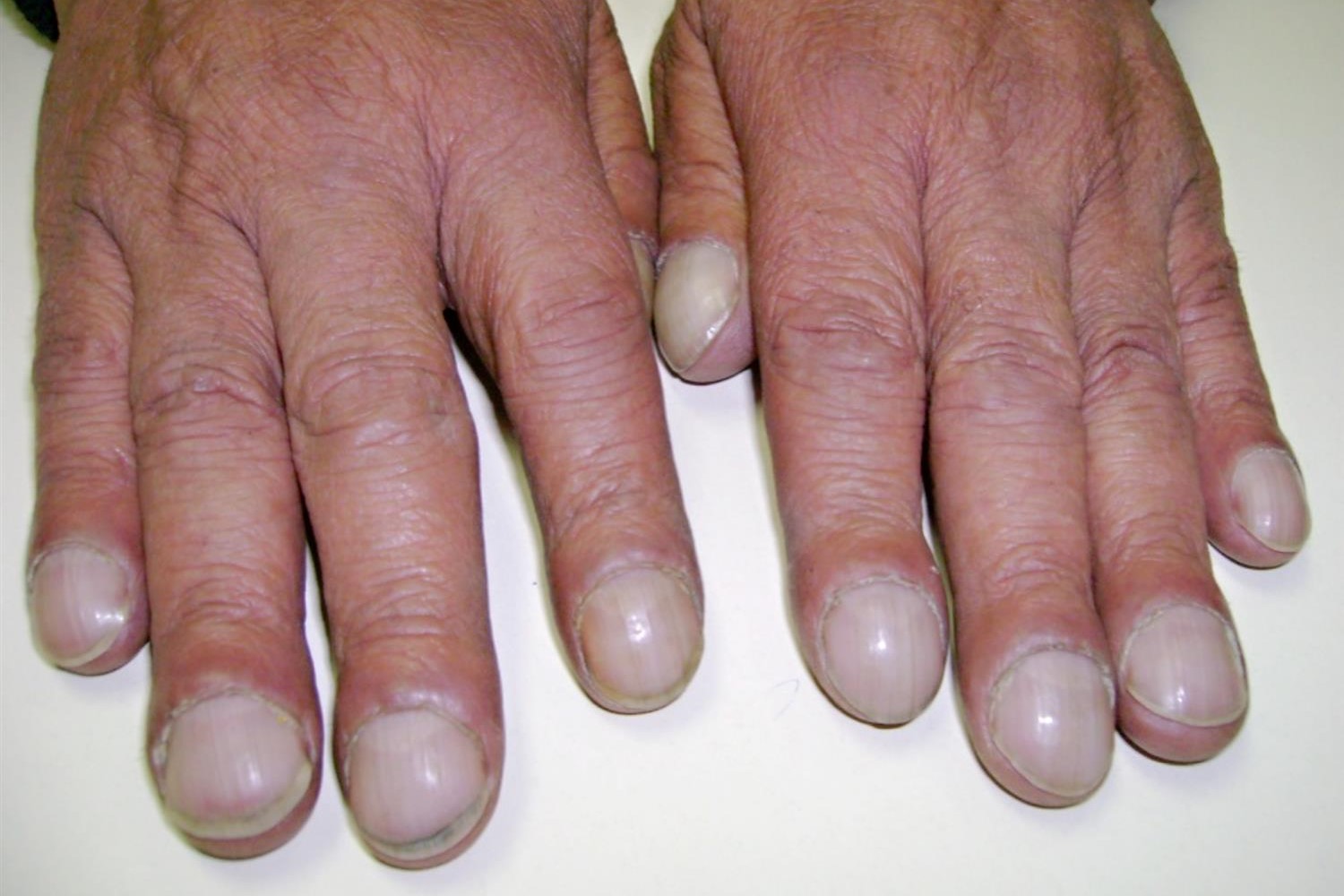 Abdominal pain may result from cholelithiasis.

Patients are at high risk of morbidity and mortality at delivery.

The diagnosis of Eisenmenger’s syndrome is based on the clinical picture, electrocardiogram abnormalities and imaging.

On physical examination, central cyanosis and digital hippocratism are noted.

A strong, single second heart tone (S2) is a constant finding, and a pulmonary ejection click is frequent.

The diagnosis is confirmed by electrocardiogram, echocardiography with colordoppler, chest X-ray, cardiac catheterization and measurement of pulmonary artery pressure.

In patients with Eisenmenger’s syndrome, laboratory tests show polycythaemia with a haematocrit > 55%.

Iron deficiency may be related to iron deficiency anaemia and can be identified by measuring transferrin saturation and ferritin.

In the patient with Eisenmenger syndrome, the electrocardiogram shows:

In the patient with Eisenmenger’s syndrome, the chest X-ray shows:

There is no specific therapy that can cure the syndrome: the main focus of care for patients with Eisenmenger syndrome is to avoid conditions that may aggravate the syndrome, such as pregnancy, reduced circulating volume, isometric exercises, cigarette smoking or high-altitude activities.

Supplemental oxygen may provide some benefit. Surgery is generally contraindicated, and in adults, only heart and lung transplants are possible.

However, drugs capable of reducing pulmonary arterial pressure have been shown to at least slightly increase the chance of survival.

Aggressive therapy with pulmonary vasodilator drugs resulted – in a small number of patients – in a clear left-to-right shunt, allowing surgical repair of the underlying heart defect and a significant reduction in mean pulmonary artery pressure.

Prophylaxis for endocarditis prior to dental treatment or surgical procedures that are prone to cause bacteremia is useful.

Symptomatic polycythaemia can be treated with cautious bloodletting until the haematocrit has been lowered from 65% to 55% while volume is replenished with saline.

Compensated, asymptomatic polycythaemia, however, does not require bloodletting, regardless of the haematocrit.

Hyperuricaemia can be managed with allopurinol 300 mg orally once a day.

Patients with Eisenmenger’s syndrome should avoid sporting competitions and all athletic activities of a certain level of effort, especially at high altitudes, such as skiing.

The syndrome can be avoided by surgically correcting the anomalies before they lead to pulmonary changes; unfortunately, if the defects are not corrected in time, the syndrome develops and the prognosis gets much worse.

Life expectancy depends on the type and severity of the defect and right ventricular function, and on average varies between 20 and 50 years.

Risk factors that can worsen the prognosis are:

The fetal mortality rate in pregnant patients with Eisenmenger syndrome is about 25%.

The maternal mortality rate exceeds 50%, which means that half of all women with Eisenmenger syndrome die during pregnancy.

What Is Atrial Fibrillation?

Treating Atrial Fibrillation With Percutaneous Closure Of The Left Auricle

Atrial Fibrillation: What It Is And How To Treat It

Pain assessment: which parameters and scales to use when rescuing and treating a patient

10 Basic First Aid Procedures: getting someone through a medical crisis