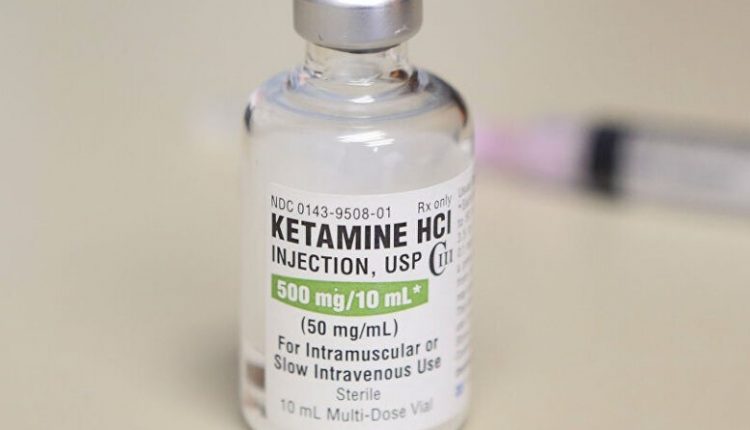 Ketamine May Be Emergency Deterrent for People at Risk of Suicide

Researchers found that among 156 adults hospitalized for severe suicidal thoughts, those given two doses of ketamine often saw those disturbing ideas go away within a few days.

By day three, 63% were in full remission, compared to just under 32% of patients given a placebo in addition to standard care.

The study — published Feb. 2 in the British Medical Journal– is the latest to look at the mental health effects of ketamine

The drug was approved in the United States decades ago as an anesthetic, and then became popular as a party drug — known by names like “special K” — because of its mind-altering effects.

But researchers have long been aware of ketamine’s potential, at low doses under well-controlled conditions, to treat psychiatric symptoms.

In recent years, it has emerged as something of a wonder drug for patients with severe depression that does not improve with standard treatment.

For those people, ketamine can sometimes bring rapid relief, even within a day

Experts say that is especially critical for people at high risk of harming themselves.

The new findings add to evidence that ketamine can help get those patients through the crisis, said Dr. Paul Kim, an assistant professor of psychiatry and behavioral sciences at Johns Hopkins University School of Medicine in Baltimore.

Of course, that is not the end of the story, and people need follow-up care.

Kim said that might involve changing any antidepressant therapy a patient has been taking, including the dosage.

“Sometimes it’s found that they’re not on an effective therapeutic dose,” noted Kim, who was not involved in the study.

While ketamine can work quickly, it is not simple to take.

It has to be given by infusion, under careful medical supervision, largely due to its “dissociative” effects — or what lay people call a trip.

Ketamine typically triggers altered perceptions of reality, such as hallucinations, soon after it’s given

It can also cause a short-term spike in blood pressure.

Exactly how ketamine brings relief to people in deep distress is not fully clear.

But researchers know the drug has brain targets that are different from standard antidepressants, and that includes boosting activity in a chemical called glutamate, which helps brain cells communicate with each other.

Studies also suggest ketamine fosters the regrowth of synapses — connections among brain cells that can be depleted in people with long-standing depression.

In the new study, researchers in France recruited patients who were voluntarily admitted to the hospital for severe suicidal thoughts.

All received standard care, including antidepressants, talk therapy and meetings with family.

In addition, 73 were randomly assigned to receive two infusions of ketamine, 24 hours apart.

The rest of the patients were given placebo infusions for comparison.

By day three, ketamine patients had double the rate of remission, meaning their suicidal thoughts had resolved

The difference was no longer statistically significant after six weeks, as patients in both groups were faring better: 69.5% of ketamine patients were in remission, as were 56% of placebo patients.

The trial did turn up an unexpected result: The early benefit of ketamine was seen mostly in patients with bipolar disorder, rather than major depression.

That’s surprising because ketamine is generally given to people with severe depression, and not bipolar disorder, said Dr. Riccardo De Giorgi of the University of Oxford in England, who wrote an editorial published with the study.

“It may suggest that the biological and psychological mechanisms behind suicidal ideation perhaps differ between these two disorders — an important avenue for further research,” he said.

But given past evidence that ketamine can benefit people with depression and suicidal thoughts, the picture is unclear.

The bottom line is that ongoing research is needed, according to De Giorgi.

Ketamine is not approved by the U.S. Food and Drug Administration for treating depression

But doctors can and do prescribe it “off label” for that reason.

In addition, there is an FDA-approved version of ketamine called esketamine (Spravato).

It was first approved in 2019 for treatment-resistant depression, and later for people with depression and acute suicidal thoughts and behaviors.

Because esketamine is FDA-approved and more likely to be covered by insurance, it may be the choice over ketamine in the real world, according to Kim.

Another difference is that esketamine is given by nasal spray.

However, Kim said, esketamine is still given under medical supervision — not at home — because it can have the same side effects as ketamine.

He agreed that ongoing research is necessary. Ketamine and esketamine are still new in the field of managing depression and suicidal thoughts, Kim said, and providers are trying to figure out how to best integrate them into care.

But people should know help is out there, Kim and De Giorgi said.

“Even when life seems at its darkest, help is available,” De Giorgi said.

“If suicidal thoughts are the issue, please do call for help.”

Whether ketamine is an option, he said, will depend on the individual’s circumstances, as well as the availability of the medication

There is no one-size-fits-all, and De Giorgi said people need to speak with their provider about the best treatment plan for them.

What You Need To Know About Substance Use Disorder

Seasonal Depression Can Happen In Spring: Here’s Why And How To Cope

Don’t Ban Ketamine: The Real Prespective Of This Anaesthetic In Pre-Hospital Medicine From The Lancet

The Use Of Ketamine In Pre-Hospital Setting – VIDEO

Ulcerative colitis: what are the typical symptoms of the intestinal disease?