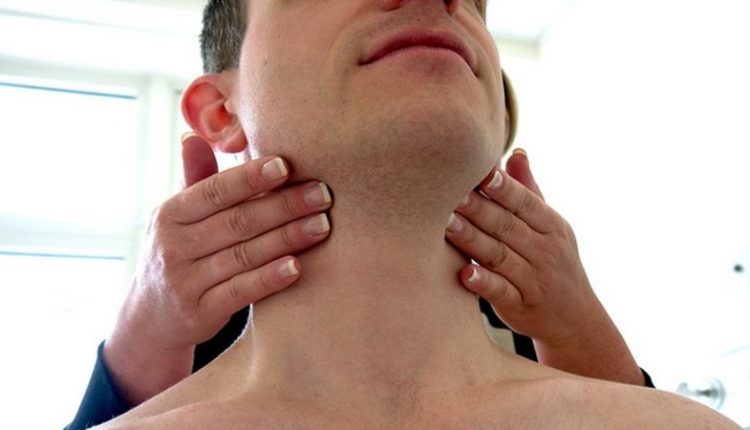 Lymphadenomegaly: what to do in case of enlarged lymph nodes

Lymphadenomegaly: we often refer to the cardiovascular system and its problems, but when we talk about fluids, we must not forget, alongside the blood flowing in our blood vessels, another equally important system: the lymphatic system, made up of lymphatic vessels, capillaries and lymph nodes

Lymph nodes, in particular, are a key element in diagnostics, both to detect the presence of tumours and to assess viral or bacterial infections.

What is the lymphatic system?

The lymphatic system contributes to the body’s defence and is part of our immune system. Its vessels and capillaries transport white blood cells, which are in turn contained in a fluid, lymph, into the body.

The lymph is drained from the tissues, where it occupies the interstices between the cells, acquiring waste materials, such as carbon dioxide, which differ depending on the tissue that expels them.

What are lymph nodes?

Lymph nodes, or lymph glands, are about 600 small, round-shaped organs scattered throughout the body.

They are located in the ‘junctions’ of the lymphatic system, clustered in specific areas such as the armpits, groin, or lateral neck, and are often located very deep.

Lymph nodes are also crucial for the proper functioning of the immune system.

Each lymph node contains lymph from the tissues, which can also carry pathogens that are identified and eliminated by the white blood cells.

Once the cells have been ‘cleaned out’ of the lymph nodes, they are released into the bloodstream, through which they return to the tissues.

The lymph nodes may become enlarged in certain cases: in this case we speak of lymphadenomegaly, a condition caused by various diseases, including infections and acute or chronic inflammatory conditions (such as bacterial tonsillitis, which causes enlarged lymph nodes in the neck, or infections with cytomegalovirus or Epstein Barr virus): in this case the lymph nodes appear soft and may be painful.

However, lymphadenomegaly also occurs in association with lymphoproliferative diseases and secondary localisation of tumour diseases. In the latter two cases, the lymph nodes are more often hard, almost like a stone.

When lymph nodes increase in volume due to tonsillitis, for example, they may be associated with fever and sore throat.

Even a simple tooth extraction or inflammation of the oral cavity can cause an increase in submandibular or latero-cervical lymph nodes.

What to do in case of lymphadenomegaly?

Depending on the location of the lymph nodes, it is more or less easy to detect an enlargement by yourself.

For example, lymphadenomegaly in the lymph nodes of the neck can be easily identified by looking in the mirror or by compressing the area with the hands, for example by washing.

In other locations, such as the axillary or inguinal area, the lymph nodes are less visible and it is not immediate to perceive an enlargement.

In any case, if you realise that one or more lymph nodes are larger than they should be, which persists, you should refer to your general practitioner who will be able to indicate, based on the clinical condition of the patient, whether further diagnostic tests are necessary.

Lymphangiomas And Lymphatic Malformations: What They Are, How To Treat Them

High ferritin: when to worry?