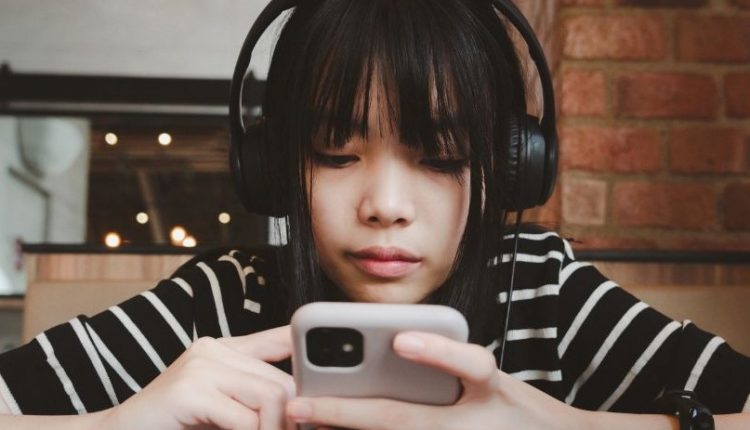 The more time children and adolescents spend on social networks, the higher the risk of developing depressive symptoms

The new phenomenon is called ‘social depression’ and has exploded especially with the pandemic, which has produced a real boom in the use of the internet, smartphones and social media.

A new review of the scientific literature conducted by the Italian Society of Paediatrics (Sip), published in the scientific journal International Journal of public health research, revealed this and investigated its dimensions.

The Review analysed 68 scientific papers conducted from 2004 to 2022 with the aim of investigating the risks related to the use of social media in under-18s, particularly in the pre- and post-Covid-19 period.

In 19 studies, or 27% of all those reviewed, a significant association was found between depression and social use

“It is not yet clear whether social use leads to greater depression or whether these depressive symptoms cause people to seek out social media more (which could feed a vicious cycle).

What is unequivocal from the work, however, is that the more time children and adolescents spend on digital devices, the higher levels of depression are reported.

“Depression is linked to a rapid increase in digital communication and virtual spaces that replace face-to-face contact with excessive use of smartphones and online chats.

With inevitable consequences on their lives: from social and interpersonal interactions to physical and psychosocial well-being,’ adds Elena Bozzola, Sip national advisor.

NOT ONLY DEPRESSION FROM SOCIAL

Eating disorders and cyberbullying (found in 15 studies, respectively, accounting for 22% of those examined), psychological problems, sleep disorders, addiction, anxiety, sexual problems, behavioural problems, distortion of the perception of one’s own body, reduced physical activity, online grooming, eyesight problems, headaches and dental caries: these are all problems associated with the use of social media that emerge from the new Sip study.

In many cases, these risks increase with increasing time of use: from psychological discomfort to headaches, from visual and postural disorders to rickalgia, from tendonitis to the so-called ‘texting thumb’.

Children ‘bombarded’ by advertisements for unhealthy food and pro-anorexia messages.

Children, the Review notes, are exposed to the marketing of unhealthy foods that induce unhealthy behaviour.

Children are more vulnerable to sponsored content and influencers and social media platforms have proven ineffective in protecting them from junk food marketing.

During the pandemic, the severity risk of poor eating habits has increased, so much so that in a previous report the Sip investigated the phenomenon of ‘covibesity’.

On the other hand, social media is a risk factor for pro-anorexia messages.

These messages, the Sip study points out, are no longer limited as in the past to websites that can be easily monitored, but have been transferred to Snapchat, Twitter, Facebook, Pinterest.

As a result, content conducive to eating disorders is more easily accessible.

The web also facilitates the spread of cyberbullying, with an increasing dissemination in recent years of hostile and aggressive messages via electronic devices in the form of messages, pictures and videos shared on social media.

This results in internalising and externalising disorders, such as anxiety, depression and even attempted suicide. In this context, the problematic use of social media has now been recognised in the literature as an important risk factor for cyberbullying, especially in 13-15 year olds.

Exposure to sexual material online, even through pop-up windows or advertisements, is a real risk of the net and can predispose to the development of depression, suicide and substance abuse.

“The spread of social media, especially among the youngest, requires special attention because a non-responsible use can create significant problems in the daily lives of children and their families, both from the point of view of managing emotions and relational and scholastic difficulties.

The pre-adolescent and adolescent age represents a crucial phase in the development of the individual; knowledge and analysis of risk behaviours, which are frequent in this age group, can contribute to the definition of policies and interventions capable of promoting the elaboration of positive values and facilitating the adoption of healthy lifestyles,’ says Sip president Annamaria Staiano.

“Dialogue with friends and families as well as physical activity are the best antidotes against social media overdose.

Regular sporting activity, even if mild/moderate, can even alleviate depression in 6-12 weeks in those already affected,’ Elena Bozzola concludes.

Italian Paediatricians: 72% Of Families With Children Aged Between 0 And 2 Do So At The Table With Telephones And Tablet

Eating Disorders In Children: Is It The Family’s Fault?

Autism: What It Is And What The Symptoms Are

What is Magnetic resonance imaging of the heart with contrast medium (Cine MRI) and why is it performed?