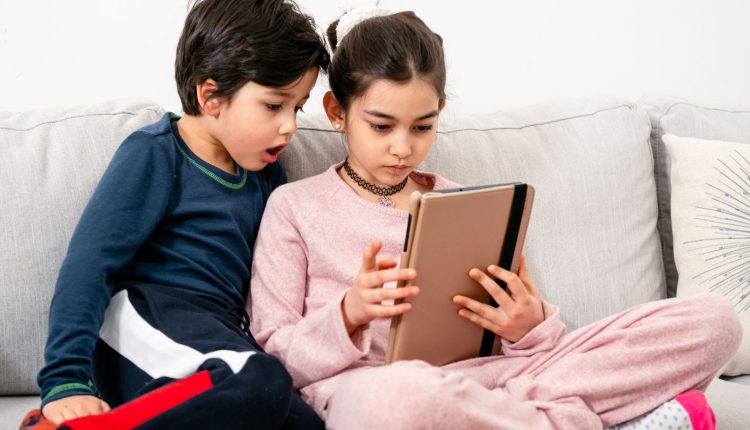 Italian paediatricians: 72% of families with children aged between 0 and 2 do so at the table with telephones and tablet

At the table with telephone and tablet: these are the data that emerge from a survey on the relationship with digital technology within families conducted by a pool of paediatricians

72% of families with children between the ages of 0 and 2 admit to using social networks and chats during their children’s meals, while 26% let the children use the devices in complete autonomy.

A pool of volunteer pediatricians involved around 800 families nationwide with an anonymous questionnaire on online habits and behaviors.

The study is part of the ‘Delicate Connections’ project which aims to make parents aware of the use of digital devices with children and to promote good practices thanks to the careful guidance of pediatricians.

Partners of the initiative are Meta and the Carolina Foundation who supported the families so that the questionnaire was an opportunity for discussion with the pediatrician, and for in-depth study of digital dynamics thanks to the free material provided online.

A Scientific Committee of the project, made up of two professionals for each entity involved, developed the scientific basis necessary for launching the initiative and involved the pediatricians who joined the pilot phase, from July to November.

TABLET AND SMARTPHONE AT THE TABLE? LITTLE AWARE FAMILIES AND ALONE CHILDREN

The proposed questionnaire shows a lack of awareness on the part of families and a condition of loneliness in children: 26% of parents allow their children to use the devices independently between 0 and 2 years, a percentage that rises to 62% for the 3- 5 years, 82% in the 6-10 year range and 95% between 11 and 15 years.

“Already in a statement published in 2018 in the Italian Journal of Pediatrics, Sip highlighted the documented risks for psychophysical health of an early, prolonged and non-adult-mediated use of media devices in children from 0 to 8 years.

Negative interferences have been detected on sleep, vision, the musculoskeletal system, learning and even cognitive development”, declares the president of Sip, Annamaria Staiano.

Hence the recommendation to avoid smartphones and tablets before the age of two, limit their use to a maximum of 1 hour a day between 2 and 5 years and a maximum of 2 for those aged between 5 and 8.

“As two Sip Reviews conducted in 2019 and 2022 documented, the risks increase with the increase in time spent online: from anxiety and depression to being overweight to eating disorders; from cyberbullying to online grooming; from behavioral problems to vision problems, headaches, dental caries’, adds Staiano.

YOU CHAT WHILE YOU BREASTFEEDING

The study by ‘Connessioni Delicate’ shows that children are used to the presence of tablets and smartphones from early childhood, even in a fundamental moment such as breastfeeding.

“The decrease in mothers’ attention to her infant’s cues due to smartphone use, especially early in life in the primary interactive contexts of breastfeeding and face-to-face interactions, may have negative repercussions on the infant’s neurodevelopmental trajectories .

Responsive maternal behavior is an essential element of the synchronicity system that develops between mother and infant early in life.

“Between three and six months of age, breastfeeding and face-to-face interactions constitute the majority of contexts in which parent-infant bonding develops and require keen sensitivity on the part of mothers to continually learn to recognize and to interpret the signals of their children and to adapt to their changing capacities”, adds D’Avino recalling the sensitive and reactive role of the parent in these contexts as well.

TABLET AND CHILDREN, IF THE VOICE ASSISTANT TELLS THE TALE

One in four families in the 0-2 age group and one in five in the 3-5 age group rely on artificial intelligence to send their children to sleep, with lullabies produced by voice assistants.

These data attest to a growing pervasiveness of technological tools on the part of both parents and children, at all stages of growth: 35% of parents of children aged between 0 and 2 years delegate to devices the task of entertaining their children, for example by reading fairy tales, a percentage that rises to 80% in the 3-5 years age bracket.

The results also reveal families’ poor perception of the risks of misusing digital technology: from the symptoms of addiction to the main dangers in terms of psychophysical health, such as sexting and grooming.

In particular, when asked what sexting is, 66% of parents in the 6-10 bracket were unable to provide an answer.

So what is the age under which the use of technology is not recommended? For how many hours can children and young people be exposed to screens?

About half of the families involved do not know the answer, nor do they know the opinion of the medical-scientific community on this issue.

“A teenager’s brain is not like an adult’s, so the amount of myelin doubles and this leads to faster propagation of nerve messages.

For example, the reduction of sleep hours due to the use of digital media often leads to problems with school performance.

In addition, unregulated smartphone use risks causing addiction and poor social relationships at a time of life when sociality, real and not virtual, plays an important role in the development of autonomy, critical sense, and personality.

SUPPORT COMING FROM THE WEB

Parents say they need support in managing their children’s relationship with the digital world: 70% of the 0-2 age group and 87% of the 11-15 age group would like more information from paediatricians.

Of the same opinion are the volunteer paediatricians who participated in the pilot phase: 87% believe that scientific training in the field of children’s digital health is necessary.

The collaboration of the Carolina Foundation – established in memory of Carolina Picchio, the first recognised victim of cyberbullying in Italy – in this project is in line with what the non-profit organisation has collected over the years, in the field and on the web.

‘The safety of minors online is not only a technological issue, but concerns the health of the new generations.

The psycho-physical well-being of children must be protected online just as much as offline, from the very first years of life, and it is up to parents to be aware of this and to be responsible for it with the support of the competent specialists, in this case doctors,’ notes Ivano Zoppi, secretary general of the Carolina Foundation.

“We are happy to have realised this project with the paediatricians’ associations and Fondazione Carolina.

Digital education represents a fundamental aspect for the growth path of young children and for the protection of their safety.

This is why we work to provide parents with useful tools to protect their online presence and that of their children,” comments Angelo Mazzetti, Head of Public Policy at Meta Italia.

Tablet and mobile phones, but with care: ‘Delicate Connections’ invites us to take care of our children also in the digital dimension

“An epochal step in terms of prevention,’ Zoppi concludes, ‘similar to what happened 30 years ago with the obligation to use child seats and seat belts in cars for children.

In the same way, in a few years, it will seem crazy to anyone to leave children and pre-adolescents unprotected in the magnum sea of the web’.

The pilot project made it possible to draw up the first draft of the ‘Digital Health Report’: a valuable document with a view to expanding the initiative nationwide by next spring.

An information guide on online safety for parents, developed by the Carolina Foundation with the contribution of Meta, is available at this link.

In Search Of A Personalised Diet

Mediterranean Diet: Why It Is Good For Your Health And The Environment

Paediatrics / Children And Migraine: No Food Is Forbidden, But Watch Out For Being Overweight

Contaminated Food Infection: What It Is, Cures And Treatment

Eating Disorders In Children: Is It The Family’s Fault?