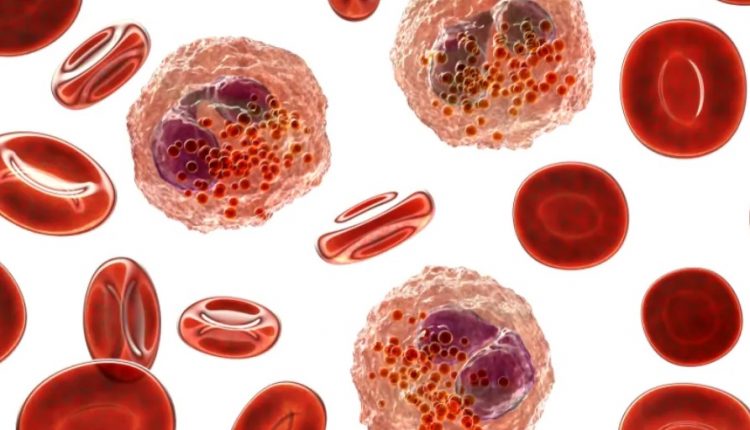 EMA has recommended granting an extension of indication to Nucala (mepolizumab) as an add-on treatment for patients aged 6 years and older with relapsing-remitting or refractory eosinophilic granulomatosis with polyangiitis (EGPA), a rare disorder that causes vasculitis (a chronic inflammation of small to medium-sized arteries and veins)

The inflamed vessels can affect various organs, including lungs, heart, skin, nervous system and gastrointestinal tract. It is estimated that between 0.18 to 4 new cases per 1 million people are diagnosed each year with EGPA (also known as Churg-Strauss syndrome).

The overall prevalence of the disease is estimated to be between 5.3 to 38 per 1 million people.

EMA supports extension of Nucala (mepolizumab): currently, most patients with EGPA are treated with anti-inflammatory corticosteroids

However, when patients use corticosteroids long-term they can lead to side effects such as eye problems, weight gain, high blood sugar, thinning of bones and increased risk of bacterial, fungal and viral infections.

Other treatment options used to control the disease and its symptoms include immunosuppressive medicines (i.e. medicines that reduce the activity of the immune system).

They can also cause serious side effects. There is an unmet medical need for new treatments for the disease.

Nucala is already approved in the European Union (EU) to treat patients aged 6 years and older with a particular type of asthma called eosinophilic asthma.

Mepolizumab is the active substance in Nucala

It is a human monoclonal antibody that attaches to a specific protein found in the body called interleukin-5 (IL-5). IL-5 promotes the production and growth of eosinophils (type of white blood cells that are involved in causing EGPA).

By attaching to IL-5, mepolizumab blocks its action and thereby reduces the number of eosinophils.

This helps to reduce inflammation, resulting in improvement of EGPA symptoms.

The opinion of EMA’s human medicines committee (CHMP) is based on data from a randomised, double-blind, placebo-controlled study that investigated the safety and efficacy of mepolizumab in the treatment of relapsing or refractory EGPA in 136 adult patients on a stable corticosteroid therapy over a period of 52 weeks.

From week 4 onwards, the corticosteroid dose was tapered during the 52-week treatment period.

Adult patients treated with mepolizumab achieved a significantly greater accrued time in remission (i.e. a period without disease signs or symptoms after treatment) at both week 36 and week 48 compared with patients who received the placebo.

In addition, a significantly higher proportion of patients treated with mepolizumab achieved remission at both week 36 and week 48 compared with the placebo.

Safety and efficacy data in children have been extrapolated from clinical trials with adult patients.

As part of its recommendation, the CHMP requested that the company performs a post approval safety study (PASS) to collect additional data on the use of Nucala in children aged 6-17 years with EGPA.

The most common side effects with Nucala (mepolizumab) in clinical trials included hypersensitivity and administration-related reactions, infections, neck pain, headache and respiratory disorders

The opinion adopted by the CHMP at its September 2021 meeting is an intermediary step on Nucala’s path to patient access in this new indication.

The CHMP opinion will now be sent to the European Commission for the adoption of a decision on an EU-wide marketing authorisation.

Once a marketing authorisation has been granted, decisions about price and reimbursement will take place at the level of each Member State, taking into account the potential role/use of this medicine in the context of the national health system of that country.

Anniversary of the First International Conference in Geneva: Rocca: "we…

In St. Peter's Square a mobile clinic for prevention dedicated to the most needy

Emergency and rescue radio transmissions: ADVANTEC introduces us to Hytera's…

Emergency Expo welcomes the Spencer contest "The Force of Will": vote for the…