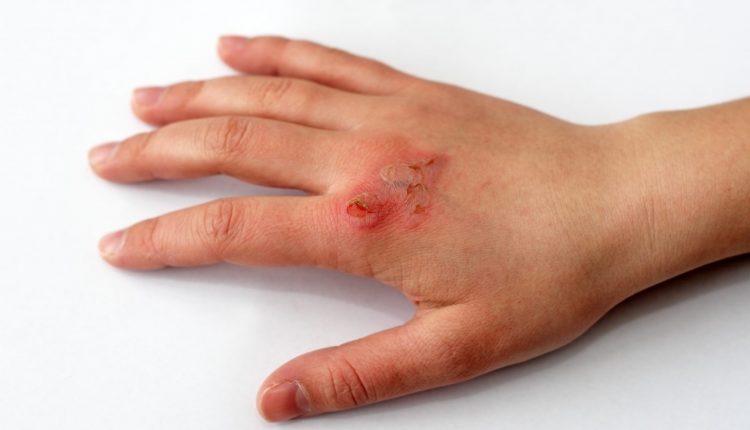 Skin ulcer: what it is and how it should be treated

A skin ulcer is a loss of skin tissue. An ulcer occurs when the re-epithelialisation process is unable, due to various factors, to regenerate the skin. In the human body, ulcers can occur in all skin areas

Other forms of skin ulcers are:

What is a skin ulcer?

Distinguishing the main forms and causes of ulceration of skin tissue one can identify:

Ulcers are divided into acute and chronic depending on the duration of the inflammatory process.

What are the causes of skin ulcers?

The mechanism of formation of ulcers is distinguished by location.

In decubitus or pressure ulcers, the lesions are caused by a lack of adequate blood supply.

They generally occur in patients who are bedridden for a long period.

Diabetic ulcers have a neuropathic origin.

They are often localised in the foot and caused by an alteration in blood flow and tissue oxygenation.

In vascular ulcers, the slowing of blood flow in peripheral areas, usually the lower limbs, leads to tissue damage.

What are the symptoms of a skin ulcer?

The common symptom of all ulcers is pain, linked to the exposure of the deep layers of the epithelium to inflammatory and irritative processes caused by increased sensitivity to mechanical, chemical and infectious trauma.

Skin ulcers present with symptoms that include:

How to prevent a skin ulcer?

The prevention of ulcers is done by following a healthy lifestyle that includes a balanced diet rich in fibre, fruit and vegetables, adequate hydration, moderate and regular exercise.

Smoking and alcohol abuse should be avoided.

It is recommended to keep the skin hydrated at all times by using self-hydrating ointments.

The treatment of ulcers depends on the cause identified during diagnosis.

Skin ulcers should be treated with antiseptic solutions, compression with an elastic bandage, use of healing and re-epithelialising ointments, photodynamic therapy, use of epithelial growth factors.

Ulceration Of The Lower Limbs: Causes And Consequences

Wounds And Pressure Ulcers: The Importance Of ‘Difficult Wound’ Prevention

Pain Management In The Paediatric Patient: How To Approach The Injured Or Aching Children?

First Aid: How To Help Someone With Stab Wounds

Palpation In The Objective Examination: What Is It And What Is It For?

How to conduct antihypertensive treatment? An overview of drugs