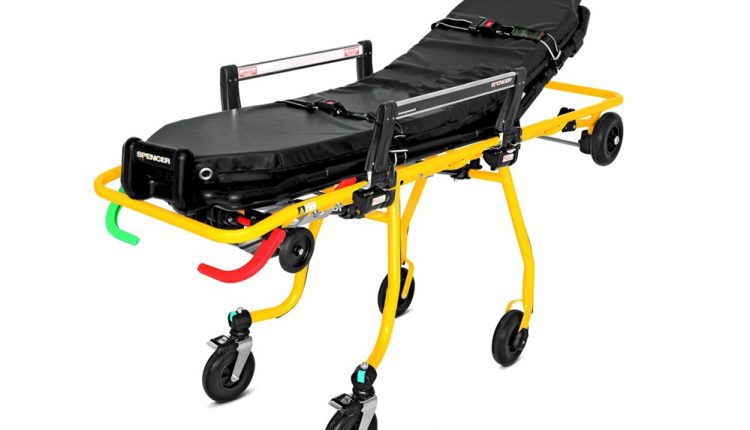 The ‘Fowler position’ was invented by US surgeon George Ryerson Fowler in the late 1800s.

The doctor saw it as a simple and effective way to reduce the mortality rate of peritonitis: the position prevented the accumulation of purulent material under the diaphragm that led to rapid systemic sepsis and septic shock, while pelvic abscesses could be drained through the rectum. 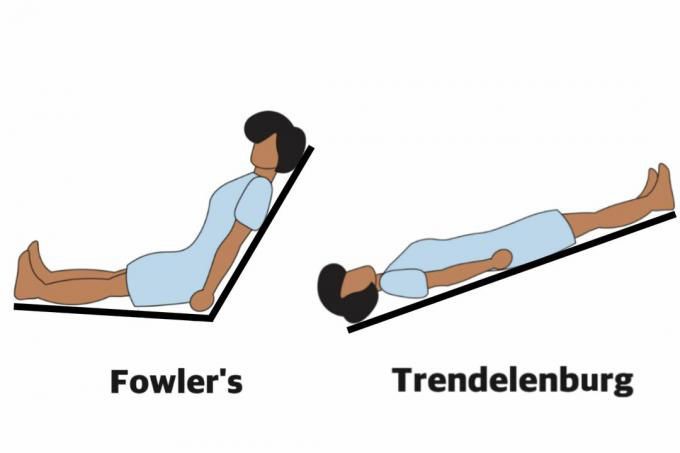 How is the patient placed in Fowler’s position?

In Fowler’s position, the patient lies on the supine bed with the backrest pulled up at an angle of between 90° and 15°, depending on the variation of Fowler’s position with respect to the lower portion of the body.

In the ‘higher’ position, the patient is basically sitting on the bed with the upper body perpendicular to the legs.

When is the Fowler’s position used?

The Fowler’s position is used in various contexts, especially if the patient has breathing problems.

It is generally used in cases of respiratory distress syndrome as it allows better thoracic expansion and improves breathing by facilitating oxygenation.

This position is also ideal for the implementation of oral and nasogastric tube feeding in the patient’s body.

In immobilised patients and neonates, Fowler’s position relieves chest compression that occurs due to gravity.

Fowler’s position is used in women after childbirth to improve uterine drainage and in neonates when respiratory signs indicate distress.

Fowler’s position helps peristalsis and swallowing are aided by the effect of gravitational pull.

For patients who are unable to move, this position allows them to speak, eat and support normal swallowing by using gravity to promote the normal transit of food in the oesophagus, from the mouth towards the stomach.

Fowler’s position is also used for cervical spine surgery and posterior craniotomies, thanks to some accessories.

THE BEST STRETCHERS ON THE MARKET? THEY ARE AT EMERGENCY EXPO: VISIT THE SPENCER BOOTH

Due to the pressure exerted by the weight of the upper part of the body, it must be considered that the Fowler position causes greater compression in the sacral and ischiatic areas, making venous circulation in these zones difficult and favouring – chronically – the occurrence of decubitus lesions: this is because the body mass overlying these points is distributed over a restricted anatomical portion.

This is especially to be considered in overweight or obese male or female patients, particularly when the distribution of body fat is android.

Fowler’s position: how many variants are there?

There are three variants of the Fowler position, differentiated mainly according to the angle between the patient’s torso and lower body:

When we speak generically of a ‘Fowler position’, in most cases we are referring to an angle between 80° and 90°.

The application of one particular variant and not another depends on the patient’s needs or medical condition.

A person is in the semi-Fowler’s position if they lie supine on a bed that is inclined at an angle of 30 to 45 degrees.

This position is often applicable for patients who have heart problems, respiratory disorders or neurological problems.

The position is useful in promoting lung expansion as gravity pulls the diaphragm downwards, allowing expansion and ventilation.

It is also considered the most comfortable position for patients who have a nasogastric tube installed as it ensures that the tube remains in place and reduces the risk of regurgitation and aspiration.

In addition to this, the semi-Fowler position is also used in the operating room for shoulder, nose, skull, abdominal and breast reconstruction surgeries.

A factor contributing to the enormous popularity of this posture in the hospital setting is the fact that the person resting in the semi-Fowler position generally experiences the least amount of nausea compared to those lying in other surgical positions such as the supine position.

This therefore makes it perfect for patients undergoing treatments that trigger nausea such as chemotherapy.

According to one study, patients given chemotherapy in the semi-Fowler position experienced relatively less severe nausea than those in the fully lying or sitting position.

The semi-Fowler position is also indicated in the evaluation of jugular veins.

In this position, the head of the bed is generally inclined by 15 to 30 degrees.

It is a very comfortable position and puts the patient at ease.

It is used for taking blood samples and can help with less retrosternal heartburn from gastro-oesophageal reflux.

This is the position in which the patient is straightened.

The upper body usually makes an angle between 45 and 90 degrees (however, it is usually not lower than 80 degrees) to the lower body.

While allowing for easy breathing, this position is also considered the best position for defecating, eating, swallowing and also for taking bedside X-rays.

The high position is often used when performing drainage after abdominal surgery.

There is also the fact that patients in the elderly age group generally spend more time resting in their beds, which is why they often face problems associated with digestion and breathing: the high Fowler position is therefore popularly used with elderly patients as it is scientifically proven to aid the digestion process and also helps the person overcome breathing problems.

However, it also has risks associated with it as studies have revealed that resting in this position also applies pressure on the sacral and gluteal areas, especially if the patient is obese with an android conformation, as mentioned above.

This pressure makes patients prone to developing pressure ulcers, so this is something to consider in patients with circulation problems.

It should also be remembered that the high Fowler position is generally considered less comfortable than alternatives in which the backrest is placed at a lesser angle.

Stretcher Blockade In The Emergency Room: What Does It Mean? What Consequences For Ambulance Operations?

First Aid: How To Place The Injured Person In A Safe Position In Case Of An Accident?