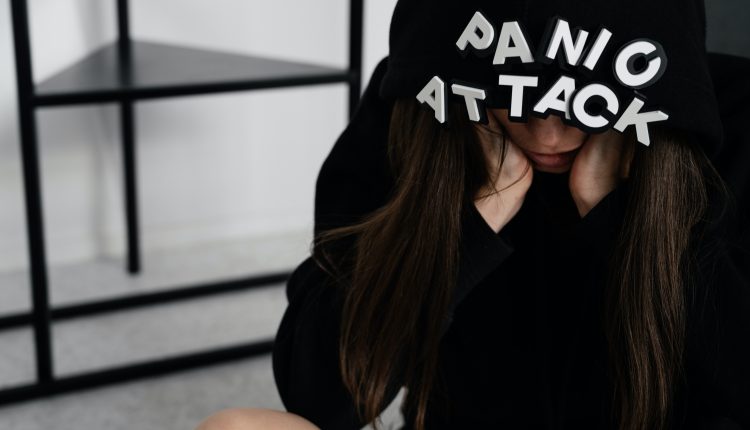 The panic attack and its characteristics

Anxiety or panic attack? It is essential to understand what a panic attack is and how it differs from an episode of acute anxiety, thus being able to take the appropriate measures to manage it

The DSM-5 (Diagnostic and Statistical Manual of Mental Disorders) defines a panic attack as: “a sudden onset of intense fear or discomfort that peaks within minutes, during which time at least 4 of the following symptoms must occur: palpitations or tachycardia, sweating, trembling or large shaking, feeling short of breath or struggling to breathe, feeling choked, retrosternal pain, nausea or abdominal pain, feeling dizzy or faint, chills or flushing, paresthesias, derealization or depersonalization, fear of losing control or going crazy, fear of dying.”

Panic attack, again according to the DSM-5, for a diagnosis of panic disorder you must:

A- have had the panic attack several times, recurrently. with the occurrence of at least 4 of the symptoms listed above;

B- that at least one of the attacks has been followed by a month (or more) of one or both of the following symptoms: persistent worry about the onset of other attacks, maladaptive behaviors related to the attacks, such as enacting specific behaviors to avoid the situations in which the attack occurred, to the possibility of developing agoraphobia (fear or anxiety about being in situations or places from which you cannot easily escape or in which you might not get help if you develop intense anxiety. These situations or places are often avoided or approached with great discomfort).

If you have not met these criteria, the episode is more likely to be attributable to an acute state of anxiety.

In this second case, it is possible to wonder if the anxiety experienced could have been generated by a specific situation or, if it cannot be traced back to something in particular.

Panic disorder often occurs in comorbidity with other conditions such as Major Depressive Disorder, Generalized Anxiety Disorder, Social Anxiety Disorder and Specific Phobia (Brown et al., 2001), and it is rather infrequent that it presents as a single psychopathological condition (APA, 2013).

Panic attacks are frequent, affecting up to 11% of the population in a single year

Most individuals recover without therapy; a minority develop panic disorder.

Panic disorder affects 2 to 3% of the population over a 12-month period.

It usually begins in late adolescence or early adulthood and has an incidence 2 times higher in women than in men (MSD manuals: The Manual was first published in 1899 as a service to society. The legacy of this outstanding work continues to this day under the name Merck Manual in the United States and Canada and MSD Manual outside North America).

It is believed that there are several conditions that can predispose to the onset of Panic Disorder.

Among the most recognized are the rates of familiarity: it is estimated that 15-20% of close relatives of a person with panic disorder, may in turn develop the same disorder.

At the level of personality instead, a much investigated aspect of anxiety disorders is neuroticism (or negative affectivity), a general tendency to experience negative emotions such as fear, sadness, anger, guilt, in the face of events.

People who are characterized by high levels of neuroticism tend to be less adept at controlling their impulses and react worse to stress (McCrae & Costa, 2013), and this may predispose them to the development of panic.

Often the first panic attack is preceded by a particularly stressful period characterized by work difficulties, separation from a loved one, health problems, or a bereavement.

The first panic attack usually occurs outside the home and the feeling that is reported by people who have experienced it is that of having found themselves without an escape route or a solution (stuck in an elevator or car, far from home) while experiencing physical symptoms experienced as extremely dangerous (rapid heartbeat, feeling faint, nausea).

HOW TO TREAT A PANIC ATTACK

Often, those who suffer from panic attacks report their great difficulty in managing the problem, or worse still, they implement “solution” strategies that are not solution and that become mere counterproductive vicious circles.

Unfortunately, if left untreated, panic disorder tends to have a chronic intermittent course, with an alternation between periods characterized by attacks, and phases – even very long – of remission (APA, 2013).

It is not to exclude also the possibility, for some people, of a pharmacological therapy.

I remember that to undertake a psychological path, without allowing too much time to pass from the first attack, can be very useful.

Emergency In Airports – Panic And Evacuation: How To Manage Both?

Twenty years after the attacks, the USA remembers September 11

Breastfeeding women and vaccine, the pediatrician assures: "It is effective and recommended"