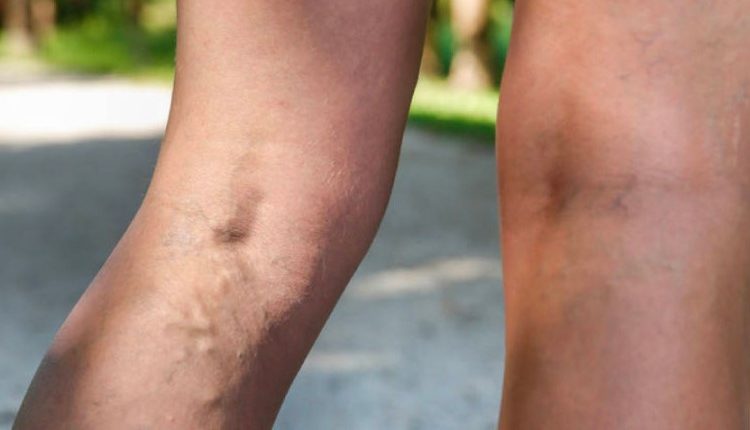 Venous thrombosis: what it is, how to treat it and how to prevent it

Venous thrombosis is a fairly common occurrence in a blood vessel, and if detected early it can be treated successfully

As the name suggests, venous thrombosis affects the veins: a blood clot (thrombus) forms in the veins, occluding the blood vessel and cutting off circulation.

Venous thrombosis usually occurs in the arms or legs; more rarely the deep veins of the abdomen may be involved.

If the thrombosis affects the deep veins we have deep vein thrombosis, otherwise – if the superficial veins are involved – we speak of phlebitis.

What are the causes of venous thrombosis?

Deep vein thrombosis can be linked to the presence of chronic disease or trauma or occur as a result of prolonged immobility or during pregnancy or excessive muscle exercise.

Phlebitis, on the other hand, can be the result of an intravenous injection or a blood sample.

What are the symptoms of venous thrombosis?

Venous thrombosis in the leg is manifested by swelling, cramp-like pain and redness of the affected area.

If it is phlebitis, a hard, painful, red cord may appear on the skin at a vein.

The symptoms are not always so clear: sometimes there is only pain and a slight difference in circumference between one leg and the other.

Venous thrombosis in the arm is rarer, however, affecting more people who exert themselves with their arms, such as athletes.

It can manifest itself as swelling, pain, paleness of the arm or hand.

How is venous thrombosis diagnosed?

In the presence of the symptoms described, it is advisable to go to the emergency room.

The diagnosis is made using echocolordoppler, the only test that can confirm or exclude the presence of a thrombus in the vein.

It is important to go to the emergency room as soon as possible if chest pain, shortness of breath, tachycardia, coughing with traces of blood also occur: a pulmonary embolism is possible.

Part of the clot formed in a vein breaks off and reaches the heart and from there the lung, blocking all or part of the circulation until it causes a pulmonary infarction, i.e. the death of a portion of the lung, with important respiratory consequences, sometimes even fatal.

How is venous thrombosis treated?

Early diagnosis is essential for correct and immediate treatment.

The therapy is usually pharmacological, based on anticoagulants, drugs capable of thinning the blood.

If left untreated, thrombosis can degenerate into post-phlebitic syndrome, a serious and disabling condition that manifests itself as swelling, varicose veins, dark spots on the skin, ulcers and difficulty in walking.

How can it be prevented?

It is also advisable to wear elastic stockings during the day, raise the feet of the bed about ten centimetres (not the mattress), take daily exercise, avoid exposing the legs to heat sources, scrupulously follow the therapy provided by your doctor and report any symptoms or complaints.

COVID-19, The Mechanism Of Arterial Thrombus Formation Discovered: The Study

The Incidence Of Deep Vein Thrombosis (DVT) In Patients With MIDLINE

Tendonitis, the remedy is shock waves