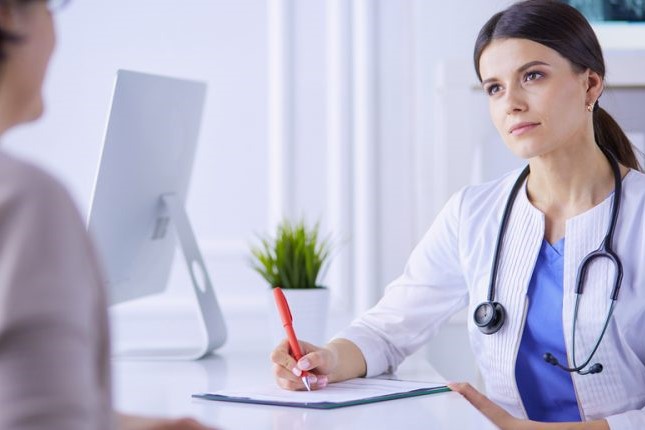 What is vulvodynia? Symptoms, diagnosis and treatment: talk to the expert

Vulvodynia is a painful condition that affects the female genital organ and affects about 15% of women, seriously compromising their quality of life

The causes are many and not always known.

Many patients, after various vicissitudes and unsuccessful objective examinations, are taken for imaginary patients and continue to live with the problem for years in solitude.

And because sexual intercourse is so painful for these women, life together can also be very difficult and can even turn into hell.

The symptoms are varied, which is why gynaecologists themselves need to be made aware of them.

A specific test to diagnose vulvodynia does exist, but the gynaecologist must take into account that vulvodynia is also among the hypotheses of the disease.

There is no shortage of drugs “lent” to the disease that can help, but the patient must be “investigated” at 360 degrees.

In order to better understand what we are talking about, the available tests, the treatments and the small but important strategies that must be put in place to substantially improve the lives of these women and break a taboo called vulvodynia.

Federica Rossi, gynaecologist at the Fatebenefratelli Isola-Tiberina hospital in Rome, talks about this.

– What is vulvodynia? And how many women in Italy suffer from it?

Vulvodynia is a chronic condition that presents three specific characteristics: vulvar pain, burning and difficulty in intercourse and 15% of Italian women suffer from it.

Contrary to popular belief, the numbers show that it is not a rare disease.

Half of the women suffering from vulvodynia complain of pain during sexual intercourse and this also causes fractures in the couple.

Only 60% of these women find an answer to the problem.

One understands how vulvodynia is misrecognised and undiagnosed, so much so that the patient is not treated properly.

The pathology, and herein lies the main problem, is not recognised by the doctors themselves.

In my clinical practice, I meet women who report having collected dozens of specialist visits without arriving at a diagnosis.

This is why both women and, above all, doctors need to be made aware of the problem in order to acquire the skills to diagnose the condition.

The pain reported by women appears to many to be ‘unjustified’ compared to the result of the physical examination, which is negative because the gynaecologist does not often observe genital lesions or alterations.

At the same time, patients are unable to perform simple, everyday actions because they are painful, such as crossing their legs, playing sports like horse riding or cycling, or riding a scooter.

Another element to be evaluated is the time criterion, i.e. to speak of vulvodynia the pain must be circumscribed to the vulvar area and must last for at least three months.

. All this information combined should lead the doctor to suspect vulvodynia.

– When should the patient see a specialist?

As mentioned above, we must be careful if we have: vulvar pain, burning, inability to have sexual intercourse and in particular during the act of penetration.

These are the signs that should set the patient in motion and schedule a visit to the gynaecologist’.

– Is there an age group that is more prone to vulvodynia?

No, all age groups of women are affected, from girls to menopausal women.

Most frequently, the problem appears between the ages of 30 and 35.

This is because the causes that can lead to vulvodynia include postpartum dyspaurenia, lacerations during childbirth or epitotomies that are sometimes performed during vaginal delivery.

But this problem can also occur later in life and coincide with the menopause, which is characterised by a lack of oestrogen that induces a modification of the vaginal mucosa in an atrophic sense and the vaginal tissue changes with age, becomes stiffer and can therefore cause these symptoms.

NO MORE TABOOS, PATIENTS MUST BE WELCOMED. MANY WOMEN COME TO THINK THEY ARE CRAZY

– Often there is a reticence to talk about this subject, and patients are often not believed by specialists who ‘do not see’ clinical signs of an illness. Based on your experience, what should be done more and better for these patients?

First of all, I believe that the patient should be welcomed and listened to, as she is often desperate and even thinks she is crazy, but she is not.

There is a cause why these women have pain and often it is the tip of the iceberg of everything that is going on from a biochemical point of view.

In women suffering from vulvodynia, there is an increased proliferation of nerve endings that alter the perception of pain.

In addition, there is a condition of neuroinflammation that leads to the circulation of cytokines, mediators of inflammation, which tend to inflame the affected area.

This is a biochemical ‘fire’ and the inflammation sustained by the fall of cytokines, small messengers that feed this fire and determine the extension of pain.

What happens as a result is that when there is inflammation, a muscle response in the vulvar area is also triggered.

The muscles that surround the inflamed area contract, this reaction generates pain that determines, as a defensive action, the vaginal shrinkage.

Given the proximity to the urethra, these women suffering from vulvodynia also suffer from recurrent post-coital cystitis, i.e., these women complain of cystitis one or two days after sexual intercourse because the dislocation of the pelvic floor leads to trauma to the urethra and consequently cystitis occurs.

The family context should also be assessed.

One study has shown that women with vulvodynia have a history of diabetic parents.

Diabetes should then be investigated in the family and in the patient herself because it is a known fact that the increase in glycaemia, i.e. the condition of diabetes or prediabetes, also increases candida infections in women.

In fact, it has been seen that in women who present with recurrent candida, three episodes in a row, and not treated adequately, have a high chance of developing vulvodynia.

Finally, gastrointestinal problems should not be overlooked in women.

In short, it is clear that the patient suffering from this disorder must be investigated at 360 degrees and it cannot be ‘only’ the gynaecologist to take care of the patient but a multidisciplinary approach is needed.

– And in order to provide for a multi-specialist approach, are there teams and ad hoc paths that take care of patients suffering from vulvodynia?

There should be multidisciplinary teams to take care of the patient.

It is clear that the first approach is the gynaecologist who, through an objective examination, rules out secondary causes.

This is because the diagnosis of vulvodiania, let’s emphasise it, is made by exclusion of other pathologies such as ulcers, herpes, for example, which can affect the appearance of the vulva.

Only later can the gynaecologist use the ‘swab test’, which is evocative, i.e. it causes a sharp pain in the vulvar area when it is touched at specific points with a wet cotton bud.

After the gynaecologist’s diagnosis, the patient should be studied for other risk factors and family history, as mentioned earlier.

The possible presence of lacerations that may affect the vulvar area should also be considered, also unfortunately as a result of sexual abuse.

And we do not exclude vulvodynia if the woman is suffering from coeliac disease’.

IS THERE A CURE? BETTER TO TALK ABOUT STRATEGIES

– Is there a cure for vulvodynia? What strategies are useful in everyday life?

What I suggest to my patients is to follow correct hygiene rules, to choose unscented soaps for cleansing, to use white cotton briefs, to avoid physical activity that can lead to trauma to the vulvar region, to treat vulvodynia with medication if there is a candida.

The classic pharmacological approach to vulvodynia is linked to drugs that we ‘lend’ to neurologists and psychiatrists that are the amitriptyline which is an antidepressant.

It should be made clear that the gynaecologist does not prescribe this drug because the patient is depressed, but because the substance reduces inflammation, which is the cause of many pathologies.

We also have the possibility of using antiepileptic drugs, which have the ability to reduce pain transmission and thus help to alleviate the pain caused by vulvodynia.

Recent studies have also shown that other simpler drugs such as alpha lipoic acid, vitamin D and probiotics are useful in the management of vulvodynia.

It is also advisable to use a holistic approach, and therefore green light to acupuncture, osteopathy and to propose an anti-inflammatory diet that includes a good amount of omega 3, green leafy vegetables, an adequate intake of carbohydrates and within this category to favour those with a low gluten content, which are inflammatory and not only for those with coeliac disease.

Candida Albicans And Other Forms Of Vaginitis: Symptoms, Causes And Treatment

Pelvic Varicocele: What It Is And How To Recognise The Symptoms

Angina pectoris: what it is and how to treat it

Children and adolescents testing positive for Covid at home, the paediatricians' decalogue