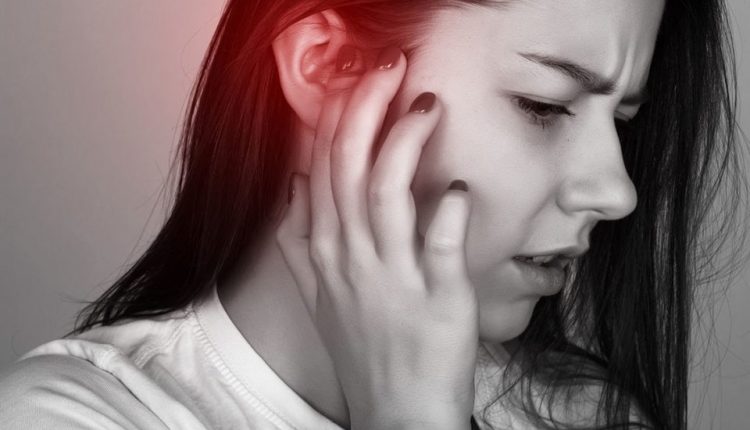 What to do in case of earache? Here are the essential check-ups

Ear pain is a common and annoying ailment, it can be related to trivial or non-trivial situations, but in any case be careful because home remedies could be harmful, all the more so since it is a sense organ that should be protected and preserved

An otolaryngological examination is essential, but the examination must often be accompanied by a tonal or vocal audiometric or impedance test, which are necessary to understand alterations in the function most easily attributable to the ear, i.e. hearing.

What are the causes of earache?

Ear discomfort can manifest itself in different ways and be related to problems in the ear itself or in the ear’s surroundings.

The skin of the ear canal, i.e. the pathway leading to the eardrum membrane, is not only innervated by the trigeminal cord, but also represents a delicate part of our body.

In contrast to the skin on the arms, legs or face, which are more exposed to ventilation, impaired perspiration in the skin of the ear canal encourages bacterial replication and the onset of painful ear infections.

In addition, external factors such as prolonged swimming in the pool or the sea, bad habits such as clumsy attempts to clean the ear with cotton buds or wax cones, or disease of the skin or anatomy of the duct can all contribute to the development of otitis externa.

Painful even when simply mobilising the ear and unpleasant because in summer it limits activity in the water, otitis externa is mainly treated with local medicines and oral painkillers.

Earache: signs not to be underestimated

Never underestimate the lack of response to therapy, especially in fragile patients such as the very elderly, the diabetic or the immunocompromised patient.

Malignant otitis externa, with osteomyelitic involvement of the temporal bone or skull base bones, can represent a clinical “challenge” for both the doctor and the patient.

Repetitive, stabbing ear pain radiating to the mastoid, mandibular arch or zygomatic region may mimic the pain of otitis externa.

But in this case the skin of the duct is not inflamed and if the patient reports recent dental work, is aware of problems with malocclusion or bruxism (teeth grinding), it is more likely to be temporomandibular joint pain.

“Feeling my head in the balloon”: Ear muffling, autophonia (the feeling of my voice booming) and fullness (the sound effect produced by the shell against the ear) are symptoms that can easily be traced to a middle ear problem.

Excessive mucus production, also related to a cold, or a delay in the evacuation of mucus by the Eustachian tube, promote its accumulation behind the eardrum.

In this case we speak of seromucous otitis media. Compensation exercises and steroids speed up the healing process, which can however also be delayed due to the solidification of mucus in the middle ear.

In this case, an incision of the eardrum and aspiration of the mucus or placement of a drain may be indicated to assist – or replace – the function of the Eustachian tube when inefficient.

Evaluation of the nose and pharynx

Mucus accumulation in the middle ear can be caused by the presence of an obstruction in the nasopharynx, the anatomical region where the Eustachian tube enters.

In children up to 9-10 years of age, this situation can be traced back to the presence of hypertrophic adenoids.

In adults it is always important to exclude neoformations referable to lymphoproliferative or epithelial tumours.

In the diagnostic pathway, one of the districts characterising oto-rhino-laryngology should never be overlooked.

In this case, evaluation of the nose and pharynx is mandatory.

The same applies to the search for markers such as EBV and HPV in any biopsy specimens and CT or MRI imaging of the facial mass.

The sensation of muffling in the ears, perhaps prevalent after showering, may be associated with the presence of earwax.

Excess earwax should be removed, but it should be remembered that it has a specific function in controlling local infections and does not represent poor personal hygiene.

On the contrary, paradoxically, the obstinate attempt to keep the ear clean with cotton buds, for example, may result in a greater accumulation of earwax due to the damage caused to the self-sanitising apparatus of the skin of the ear canal.

Especially in preschoolers, perforation of the eardrum – acute perforated otitis media – should not frighten them, as it promotes the outward leakage of infected mucus and an almost immediate benefit.

Antibiotic protection is as necessary as monitoring complete healing to exclude that the eardrum remains perforated – simple chronic otitis media – and surgical repair (myringoplasty) is suggested.

Chronic cholesteatomatous otitis media, which for simplicity’s sake can be defined as the presence of epidermis in a place where it should not be, i.e. the tympanic cavity, which is lined with mucous membrane, is mainly characterised by progressive damage to one of the sound conduction apparatuses that make up our complex auditory system: the ossicular chain.

Repeated infections with loss of infected exudate may be accompanied by pain.

The ear is a sense organ and should be preserved and treated with care.

There are three pieces of advice I would like to suggest, but they should always be respected, and always go to specialists who can meet these criteria.

As with any pathology, any symptom that does not go away in a few days should be reported to your doctor.

Avoid do-it-yourself, telephone advice or the use of any medicine that has not been suggested by the specialist after a careful examination.

For example, some otological products contain active ingredients that are potentially harmful to the ear itself.

Only after the specialist assessment is a decision made about which medicine to use safely for the patient.

It is clear that the specialist should always be consulted, but that is not enough.

The examination must be thorough and include all O-R-L districts.

Ear muffling in the presence of mucus may be due to a mass in the nasopharynx.

Auricular pain (reflex) may be due to a mass in the oropharynx, hypopharynx or larynx.

In addition, tonal and vocal audiometric examinations are helpful for further diagnostic guidance.

Heimlich Maneuver: Find Out What It Is And How To Do It

How To Remove Something From Your Ear

Oesophageal achalasia: symptoms and how to treat it

How to lower high blood sugar?