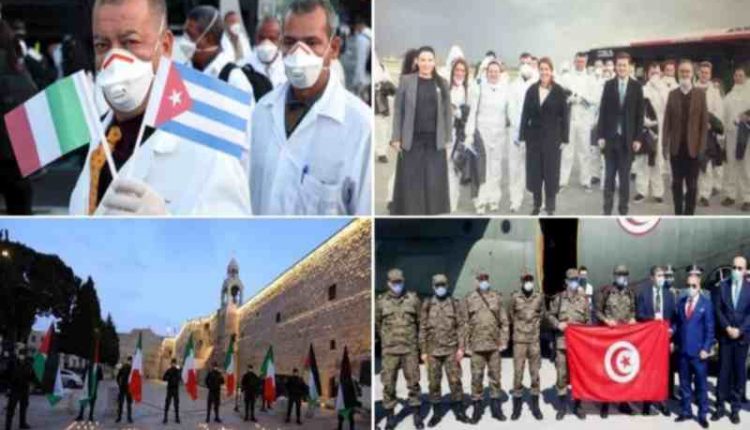 Italian NGOs and international "circular cooperation" in healthcare, anti-COVID doctors from Cuba, Somalia and many others

The system of cooperation is about to turn out to be the solution for Italy. This is what Silvia Stilli, spokesperson of the Association of Italian NGOs (AOI), taking inspiration from interventions in the name of the healthcare and international solidarity. Anti-COVID doctors from all over the world are

“As far as NGOs are concerned, we always had the perception that there would have been, in an eventual emergency such as the ongoing pandemic, unfortunately, a chance to have a return on what we have invested, above all in terms of relationships and continuity,” says Stilli, in an interview published by Oltremare, web magazine official website of the Italian Agency for Development Cooperation (Aics).

Italian NGOs: anti-COVID doctors from Albania, Cuba, Somalia, Lybia and many other countries

Silvia Stilli affirms that they had confirmation of the positive outcome of international cooperation efficiency thanks to volunteers, doctors and paramedics, who came to Italy from Albania, Cuba, Somalia, Libya and other countries. According to her, “this is also confirmation of the importance of the cooperation system, in which institutional and civil components together make the difference “.

Italy has its roots in its policy of international cooperation and aid for development, Mrs Stilli states. In the interview, then, a look to the future: “We believe that international cooperation’s goal, like before the pandemic emergency, must be the implementation of the 2030 agenda, making all modalities, tools and actors compete to carry out an effective action in emergency situations such as a pandemic, but with a vision for the future.”

Silvia Stilli continues, “for us, investments in development cooperation at the time of COVID-19 must address to the healthcare and development issues at the same time. A fairer and more sustainable development. Because pandemics are not only an attack on health but also a danger for social cohesion “.

“A strong relationship between various realities in Umbria (Central Italian region), like municipalities, local authorities, the associations and NGO, and Chile and Brazil”, says the spokeswoman. “In particular, in the past, there have been some events that saw international cooperations. Like when a large portion of the population from Pinochet’s Chile fled in support of those in Brazil who worked and continued to do so in favor of the weakest and poorest sections of the population”.

“After the earthquake in Umbria, those countries, Chile and Brazil, sent their solidarity. The demonstration of closeness arrived under a collection of funds to alleviate the victims of the earthquake suffering”.

The money they collected was not important. The importance has been their wish of being close to us, in a harsh time of need.

Kawasaki syndrome and COVID-19 disease in children, is there a link? The most important and reliable studies