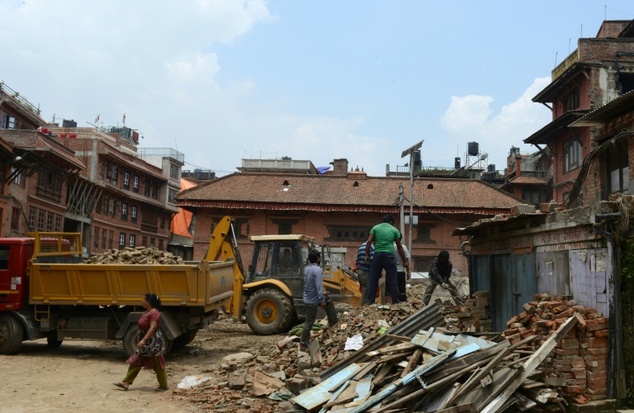 Nepal’s government Tuesday unveiled the first budget drawn up since April’s massive earthquake, with a focus on funding reconstruction and reviving the battered economy through subsidies and low-cost loans.

Nepal’s government Tuesday unveiled the first budget drawn up since April’s massive earthquake, with a focus on funding reconstruction and reviving the battered economy through subsidies and low-cost loans.

Finance minister Ram Sharan Mahat outlined a $8.19 billion budget, allocating nearly a billion dollars to the rebuilding effort in quake-hit districts, while offering subsidies to stimulate spending on infrastructure across the country.

The April 25 quake killed more than 8,800 people, destroyed more than half a million homes and left thousands in need of food, clean water and shelter.

“Our first priority is relief, rehabilitation and reconstruction, using this reconstruction work as an opportunity for new beginnings,” Mahat told lawmakers in parliament.

Mahat vowed to complete the reconstruction within five years, allocating $740 million to the national reconstruction fund, and another $170 million for rebuilding homes, public buildings, schools and other infrastructure.

According to Kathmandu’s estimates, the Himalayan nation will need around $6.7 billion to fund rebuilding, with donors already offering pledges worth $4.4 billion for reconstruction.

The budget includes cuts in customs duties on raw materials required for rebuilding as well as low-cost loans to quake survivors seeking to repair or construct new homes.

Nepal — one of the world’s poorest countries even before the disaster –- was devastated by the quake, which sent growth prospects plummeting in crucial sectors like agriculture and tourism.

“Safety audits will be conducted in quake-affected areas to assure local and foreign tourists of their safety,” he said.

He said he hoped to double annual economic growth to six percent from the current forecast of three percent, the lowest in eight years.

Poor planning and a sluggish bureaucracy have hampered growth in previous years, with the government routinely failing to spend funds allocated in annual budgets and complete projects on time.

“There are a lot of promises, but the credibility of our budgets is so poor it will be difficult to get results,” said Sujeev Shakya, chairman of the Kathmandu-based thinktank, Nepal Economic Forum.

from ReliefWeb Headlines http://bit.ly/1IYEmnn
via IFTTT