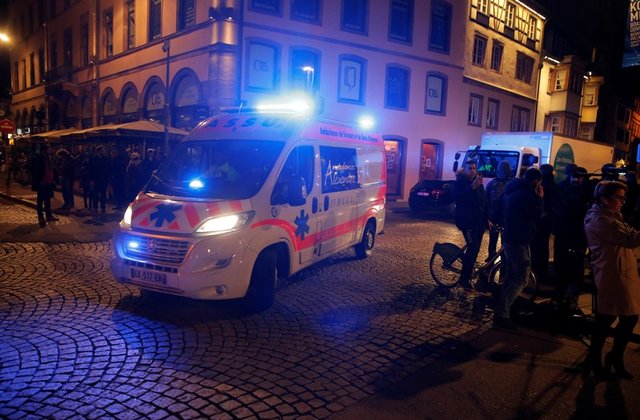 Health workers “I am not a Target”, denounced the campaign launched by the Italian Red Cross on 10 December 2018, World Human Rights Day.

It is an appeal that needs to be strongly reiterated, because unfortunately, also considering the advent of a global pandemic, the situation in Italy (and the world) since 2018 has paradoxically worsened.

The WHO reports that health workers are at high risk of violence globally and, of these, between 8% and 38% will suffer physical violence in the course of their careers.

Many more are threatened or exposed to verbal aggression and social stigma.

In the COVID-19 crisis, staff shortages and rising social tensions have increased the level of violence against health workers and attacks on facilities and aid workers.

The international body therefore urges and calls on all governments, employers and workers’ organisations to take firm zero-tolerance measures against violence against health workers in the workplace and to intensify social support actions.

“The ‘I am not a target’ campaign was a key initiative to highlight a partly hidden and very worrying phenomenon.

Today, with three protocols signed with FIMMG, CNOP and ARES 118, and after setting up the Observatory on aggression against CRI personnel, through which operators can report cases of violence, aggression, threats and/or damage to healthcare facilities and equipment, we intend to bring to light the disconcerting reality of a situation made worse by the Covid-19.

It seems absurd that the national ‘heroes’, the ‘angels’ of the lockdown – underlines Francesco Rocca, President of the Italian Red Cross and the International Federation of Red Cross and Red Crescent Societies (IFRC) – are also the ones who are more at risk today than yesterday.

So many goals have been achieved since 2018, just think of law no. 113/2020 for the safety of healthcare professionals, welcomed with great enthusiasm by all the Relief Organisations.

A fundamental starting point but, unfortunately, not a point of arrival. It is now essential that the Observatory envisaged by the aforementioned law be made operational as soon as possible.

Because the data in Italy speak for themselves.

As President of the IFRC, I have always had to witness the violence suffered by rescuers in war and conflict situations, but I would never have thought that this type of abuse could hit the headlines so forcefully in our country.

We have to act now.

ATTACKS ON HEALTH WORKERS: THE NUMBERS

Every year in Italy there are 1,200 acts of aggression against healthcare workers. In 70% of cases, the victims are women.

Time periods: The most at risk are the evening and night shifts.

The proportion of technical staff has increased (from 4.8% to 20.6% in 2016). However, there is a difficulty in finding real data representing the current situation because health workers often mistakenly refrain from reporting.

Yet among healthcare workers almost one in 10 accidents is due to aggression. Sources: fp CGIL; INAIL, Istat and Osservatorio CRI

CRI ACTION IN THE TERRITORIES

“I am not a target”, sponsored by the Presidency of the Council of Ministers, the Ministry of Health, and the European Commission, is part of the initiative of the International Red Cross and Red Crescent Movement Health Care in Danger, launched in 2011 – explains Rosario Valastro, Vice-President of the Italian Red Cross – to denounce attacks on health facilities and staff in conflict zones.”

“Today, unfortunately – continues the CRI Vice President – we have to see that the conflict is at home.

This is why the campaign will be conveyed to all the territorial Committees of the Red Cross through the sending of awareness-raising material for volunteers and communities.

We need a common and widespread effort in the territories to reverse the course”.

How To Perform A Rescue Action In A River: Calgary Firefighters Caught On Camera

Omicron variant: what is it and what are the symptoms of the infection?

Compatibility and interactions between alcohol and drugs: useful information for…