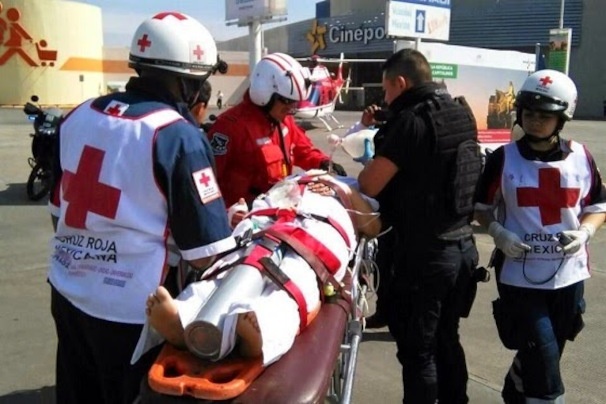 Patient care in life-threatening situation or wait for support?

Choosing between patient care in a life threatening situation and avoiding danger waiting for help is a decision not always easy to meet. Paramedics are ready to face any kind of danger, but they must deal with their own safety.

Today we report the experience of a female of 26 years who live and work in the southeast part of Mexico as an Advanced EMT/Paramedic. Currently, she works in a community of emergency responders and her partners are very respectful and protective with her. The incident is related to the aggressive reaction of a patient.

Patient care during a life threatening situation: the case

I choose this case for two reasons; I think I was not prepared for something like this (I had a little of experience in the field) and also found myself in a dilemma between patient care and risk our safety, or deal with an altered and aggressive crowd.

I was volunteering at the local Mexican Red Cross. It happened in a zone in the city where I was not familiar with. All I heard from my partner was that a person from the municipal government did the call. So it was like a forced situation to respond… or something like that. It happened back in 2008.

So we had to response a call about a person who got hit and couldn’t move. That’s all the radio operator said. When we arrived there was a crowd around the patient, and most of them were yelling and treating us, telling us we took too much time to arrive and then became aggressive as the seconds passed. As we saw the crowd we tried to contact the base but got no response. At this time we knew nobody else but us (my partner and I) could help us or protect ourselves.

The patient was laying on the floor with no shirt on, in supine position yelling “it hurts so much”. I did contact with him, a 30-year-old male who said somebody hit him with a baseball bat in the head, chest and back. There wasn’t any blood on the floor or any visible wound. When I was doing a quick check on him, an old man told me he was part of the municipal government and he talked to the local Red Cross administrator, and she assured him we were going to take the patient to a hospital, I answered him we were working on that.

It was difficult to attend the patient as it was afternoon and the place hadn’t good light. Also, the crowd was really noisy so I decided to take him to the ambulance and do our job back there. I was doing a detailed check on the patient, but I didn’t find anything severe or life threatening, the patient was a little calmer but still with an angry look, and even crossed his arms in the back of his head, I told my partner to not turn on the sirens as this wasn’t an emergency situation, and so did he.

As I was checking and questioning the patient, I put on the blood pressure cuff on his left arm. I told him what I was doing and I made the mistake (or not) to tell him “the cuff was going to squeeze/get tight on his arm”, and I said this to every patient. Anyway, as soon as I started to inflate the cuff, he yelled out loud that I was hurting him. He put his right hand on the fist and tried to hit me but I grabbed his hand. I tried to calm him down and explained to him I was trying to help.

Then I asked if he had something to eat, or drink; and checked his pupils, but he closed tight his eyes and said that I wasn’t getting any information from him then added I was in big trouble because his uncle was part of “Los Zetas” cartel and he could identify me easily now. I honestly laughed a bit and told him to calm down as I wasn’t doing anything bad and if he didn’t want our help, he could refuse everything from us. He said “it’s your obligation to attend me”, I said “no” and he tried to hit me again so I yelled to my partner for help and he asked what happened.

I just could say him the guy was turning violent and I couldn’t help him anymore. So my partner did a bright movement: he fast drove to a police guardhouse and we explained what happened. They helped us and kept the guy, we left to our base.

I asked for help to my partner but I considered another option: to open the ambulance and just left the guy on the streets. After the incident, I knew this could have become a trouble for us. I was in the dilemma between acting calm with the patient and try to control the situation, or became as aggressive as him and just kick him out of the ambulance. I decided to just control him from hurting me and wait until we arrived at the police. My partner and I acted as calm as we could, and we tried to do the safest actions for us. We contacted the base but they just got our report and did nothing else, I mean, not even the administrator talked to us about this, confirmed or denied she did a compromise with the man who did the call. We just kept working/volunteering as nothing happened. There are no ways to manage personal psychological trauma or anything, not even safer measures for the personnel.

Honestly, we didn’t know if there were similar cases in this area, but in the rest of the city cases like this are very common. I mean, like people calling for an ambulance and expecting it’s our obligation to attend every drunk, used/drugged, aggressive person. Like if we were the police, only because they got injured or something. And I know we have to when we talk about a life-threatening situation, but not when they got only small injuries or blood due to a fight.

With the pass of the years, I have learned how to act in risky situations. I was not prepared for this in school, I think the field experience is what makes me learn and act. This situation affected the quality of the service in many ways. I think I have become less confident with patients under the effects of drugs/alcohol and now I tend to act defensively and serious when I attend patients with an angry attitude. I know I must change this and not global every patient like this, but it is hard now. Mexico isn’t a safe place, especially not for women, so you have to be alert and not trust anyone nowadays.

After this kind of situations, I changed a few aspects of my routine. The way I introduce myself and get close to a patient/familiar/person. The Mexican Red Cross got this courses of “Safer Access” and the use of emblems everywhere, avoiding equipment they may look military/police and always tell the people we are there to help and they are free to refuse treatment or transfer.

Now every time we find a risky situation, we prefer to call the police/army before entering a scene. I couldn’t say I got a psychological trauma after this. I think this makes me stronger but now I trust less in people whether I am working or not. Now I try to be safe every day, everywhere. I learned to report to a compatible authority about a risk situation before acting, no matter what. It is always better to work in a group with the police or army, and they are always there to help us. We support each other.”

Firefighters in London will be co-responders in…

Emergency in rural Africa - The importance of surgeons

How new regulation could impact the medical device market in South Africa?