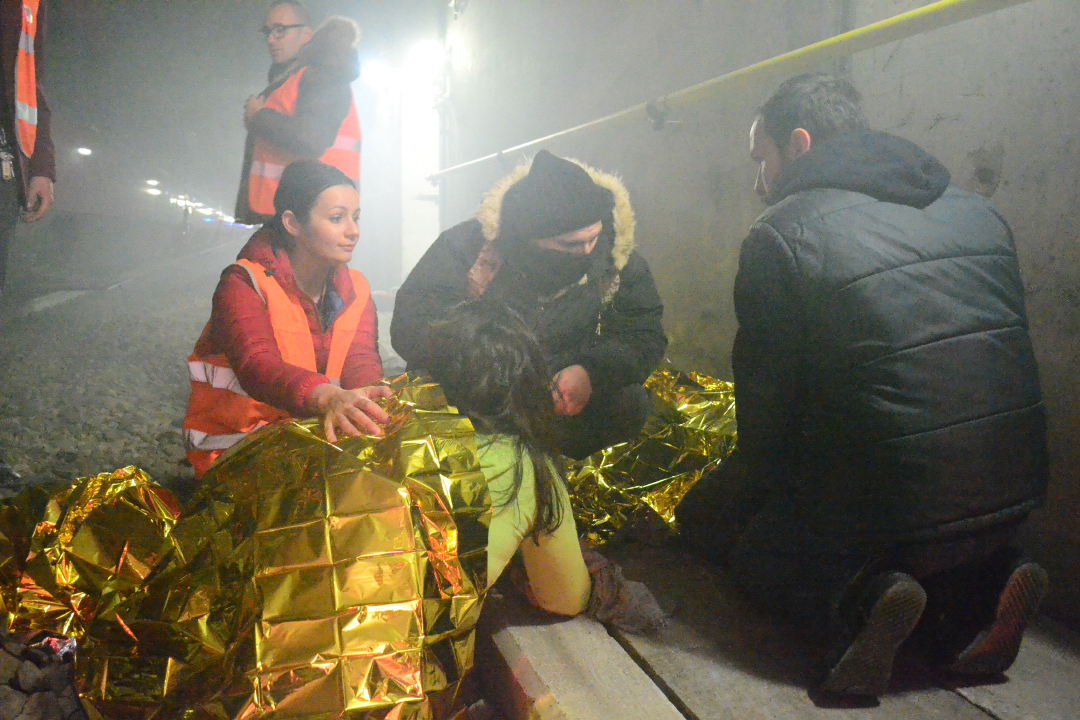 Stabbing, assault and aggression: Paramedics are more in danger compared to Firefighters

Research out of Drexel University’s Dornsife School of Public Health determined that the risk of assault on the job for emergency medical technicians and paramedics is 14 times more  than the firefighters they work alongside with.

Are paramedics really more in danger than firefighters?

By comparing statistics gathered by the Federal Emergency Management Agency-funded Firefighter Injury Research and Safety Trends (FIRST) project and speaking with a group of paramedics who had been injured by patients, the Drexel researchers found that assault-related injuries are often not reported, not acknowledged by administration and therefore they are internalized by the workers as a “part of the job.”

“First responders are an interesting group. They go in because they want to help, and when they go in they encounter these situations they never got training for,” said Jennifer Taylor, PhD, MPH,CPPS, associate professor in the Dornsife School of Public Health, and lead investigator on “Expecting the Unexpected: A Mixed Methods Study of Violence to EMS Responders in an Urban Fire Department.”

Taylor, with the help of Drexel students and alumni, actually began looking into violent injuries as a gender issue, since numbers indicated that female members of fire department were more than six times as likely to be the victims of violent injuries.

However, it soon became clear that a person’s occupation in a fire department was the aspect that really mattered.

“As an epidemiologist, I started describing the risk factors that public health researchers usually use: age, race, sex, etc. But we had some members of the responder community tell us to look at the paramedics because women are more likely to be paramedics than firefighters. This is why stakeholder engagement is so important in all phases of scientific research. By having a group of advisers who could look at preliminary data, they prevented me from making an incomplete conclusion.”

Assault and violence against Paramedics. The issues during dispatches and the difference with firefighters

Taylor did one-on-one interviews and composed a focus group with a selection of responders to discuss issues that led to the injuries. One of the major issues the paramedics brought up was a tenuous relationship with dispatchers who don’t give enough information on a scene.

“We’re dispatched in way too many incidents that we have no idea what we’re walking into,” one EMT said.

Responders said dispatchers are oftentimes sluggish in dispatching backup once a situation is deemed a safety issue.

Additionally, the responders in the study said they didn’t receive training for handling combative patients or protecting themselves.

Mixed into that is the stress of going on so many calls in so short a period of time. The department studied fielded more than 700 calls per day that required an ambulance response. Some calls don’t even qualify as emergencies, such as requests from a disabled person to reach the TV remote.

“Participants reflected on how this puts them in danger every time they need to respond because they drive with the same lights, sirens and speed they would for a true medical emergency,” according to the study.

Assaulted paramedics: could the issue be tied to location?

According to Taylor and her research team, the workload and risk of violence may contribute to a poor work environment where medics experience high burnout levels and motiivation to leave the profession.

“You go back the next day and [you’re] expected to be the same person. You’re not,” one paramedic in the study said. “Every time someone does something to you, you’re different than you were the day before.”

Taylor and her team are exploring solutions to reduce stress and the chance of injury for responders.

One possibility was giving dispatchers the option to flag locations where past patient-related assaults occurred so that responders can prepare for the situation. Another was to adopt signage used in Canadian ambulances that indicate that it is a felony to assault a first responder. In addition to alerting potentially combative patients, those signs could improve morale by letting responders know they have support from leadership.

Community paramedicine can be a solution

Improving the work conditions for paramedics and EMT workers would play an important role in public health.

“No one has looked at what the implication is for patient and public safety if we beat our medics into the ground,” Taylor said. “For cities that are large and have a huge issue of poverty, we’re exhausting our workers. We don’t have standards for how many medics we should have per 100,000 people. I’m very worried about exhaustion, burnout, and possible emotional detachment by the responders.”

Drunk patient turns out to be a serious danger for paramedics

Violence against paramedics: assaulted on a stabbing scenario

Paramedics Assaulted during Stabbing: It’s never What You Think or Are Told

Assault against paramedics in UK is not punished with jail

Are you an exhausted paramedic?

Berlin terrorist attacker has been killed in Milan during a gunfire