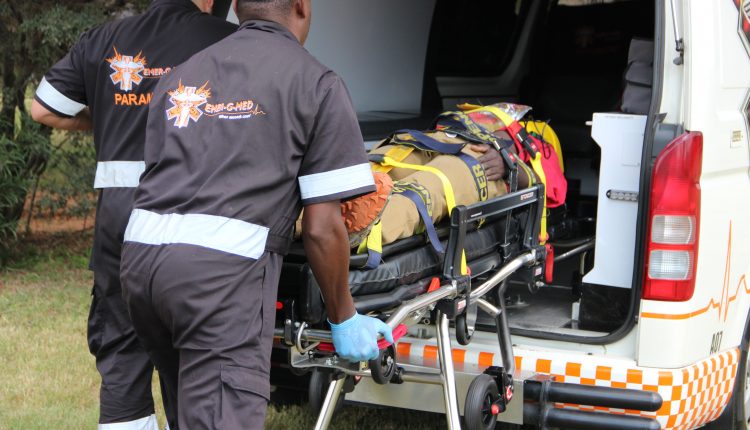 Tranexamic acid (TXA) drug has minimal effect in stopping excessive bleeding in trauma patients, according to a study conducted by Washington University School of Medicine in St. Louis

At many hospitals across the U.S., the drug tranexamic acid is routinely given to critically injured patients experiencing severe blood loss. Also called TXA, the drug is already approved to minimize blood loss in people suffering from hemophilia or heavy menstrual periods, but not yet approved to stop bleeding in patients with traumatic injuries.

A recent study from Washington University School of Medicine in St. Louis suggests that the drug may have only minimal effects on blood clotting when it is given within two hours of a massive injury.

Tranexamic acid (TXA) and bleeding study: the findings were published recently in Frontiers in Immunology

“These results show that TXA has a minimal impact in controlling blood loss in severely injured trauma patients at the dosages given,” said senior author Grant V. Bochicchio, MD, chief of acute and critical care surgery and the Harry Edison Professor of Surgery.

“We clearly need to understand more about why the drug didn’t improve blood clotting in these patients.”

The trial – officially known as the TAMPITI (Tranexamic Acid Mechanisms and Pharmacokinetics In Traumatic Injury) Trial – was conducted at Barnes-Jewish Hospital, where Bochicchio treats patients.

The study involved 149 patients ages 18 and older with life-threatening injuries from car accidents and gun shots, for example, who were treated in the hospital’s emergency department ​​​​​​​​​from March 2016 to September 2017.

Because critically ill patients may be too severely injured to give consent, the researchers received approval from the Food and Drug Administration, the sponsor of the trial, the U.S. Department of Defense, and Washington University’s Institutional Review Board (IRB) to enroll patients with life-threatening injuries if the patients themselves or legally authorized family members were unable to give consent.

The approval was granted under an exception from informed consent for emergency research.

The patients enrolled in the study required at least one unit of blood or immediate transfer to an operating room.

“The blood samples were analyzed for several different types of cells that impact the immune response,” explained Bochicchio, who also has a master’s in public health.

“There were no differences in clinical outcomes among the three study groups in terms of mortality, cell function or the number of blood products needed after the TXA was given.”

“We were surprised by the minimal impact early intravenous TXA had on the immune and blood-clotting systems in patients with severe traumatic bleeding, but we plan to continue our research on TXA in hopes of unlocking some potential benefits,” said first author, Philip C. Spinella, MD, a former director of the Pediatric Critical Care Translational Research Program and professor of pediatrics at Washington University, who is now at the University of Pittsburgh.

In their analysis, the researchers also found that patients who received the higher doses of TXA faced an increased risk of developing potentially harmful blood clots.

A further analysis of the data (not yet published), indicates that the increased risk of blood clots in those patients who received TXA was statistically significant, compared with those who didn’t receive the drug.

“As clinicians, we will need to determine whether any potential benefit outweighs the potential risk when prescribing this medication.”

The U.S. Army Institute of Surgical Research in San Antonio, Tex., and Duke University School of Medicine in Durham, N.C., also participated in the research.

Tactical Field Care: How Should Paramedics Be Protected To Face A War Field?

Ivory Coast, medical supplies to over 1,000 health facilities thanks to Zipline drones

Ivory Coast, medical supplies to over 1,000 health facilities thanks to Zipline…