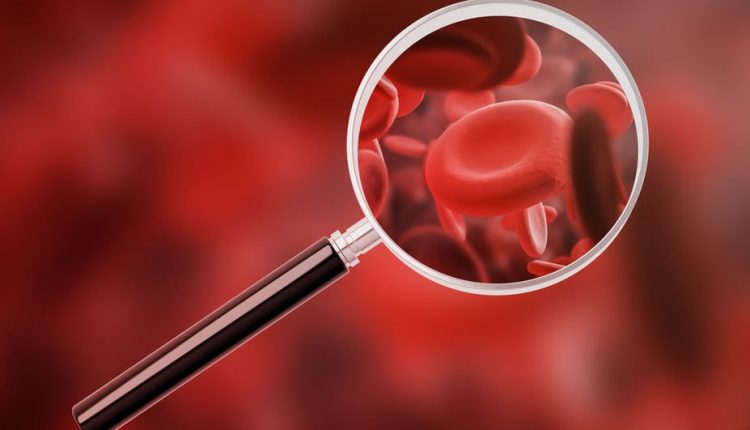 There are different forms of this disorder, each caused by different factors, and the severity can also vary greatly, ranging from low-level to more worrying and serious.

In some cases, it can be caused by a deficiency of vitamin haemoactive, which leads to a reduction in red blood cell production.

The vitamins linked to this type of anaemia are folic acid and vitamin B-12, which are necessary to produce an adequate number of healthy red blood cells that can transport oxygen from the lungs throughout the body.

A vitamin C deficiency may also have an effect on red blood cell production, playing a role in iron absorption.

Vitamin deficiency anaemia: what it is and how to remedy it

Folate and vitamin B-12 are the vitamins that can cause anaemia if they are deficient due to lack of intake or difficulty in absorption.

After clarifying that vitamin intake is the cause of our anaemia, we can intervene with vitamin supplements or even simple changes in diet.

Among the causes of vitamin deficiency anaemia, also known as megaloblastic anaemia, the most common is anaemia due to deficiency of folate (or vitamin B-9), a nutrient found mainly in fruits and green leafy vegetables.

Most nutrients from food are absorbed in the small intestine. Those with small intestine disease, such as coeliac disease, or those who have had this area of the intestine removed may have difficulty absorbing folate or its synthetic form, folic acid.

How to tell if you have it: symptoms of anaemia

Asthenia, shortness of breath, dizziness, dull or yellowish complexion, irregular heartbeat, weight loss, numbness or tingling in the hands and feet, muscle weakness, possible personality changes, motor instability and mental confusion with a tendency to forget what is going on.

These are all symptoms that can be caused by anaemia.

Vitamin deficiencies usually develop slowly over several months or years, and the symptoms, which begin quietly, increase as the deficiency worsens.

In general, the risk of vitamin deficiency increases when the diet contains few or no sources of natural vitamins, such as meat, dairy products, fruit and vegetables.

Vegetarians and vegans, who also do not eat animal by-products, may fall into this category.

Risk factors for vitamin B-12 deficiency anaemia include autoimmune endocrine disorders, such as diabetes or thyroid disease.

In this case, sufferers are more likely to develop a specific type of vitamin B-12 deficiency anaemia, called pernicious anaemia.

As with most diseases and disorders of the body, one of the first forms of prevention for vitamin deficiency anaemia is a healthy diet that includes a wide variety of foods.

Foods rich in vitamin B-12 include eggs, milk, cheese and yoghurt, red and white meat, and shellfish.

Foods rich in vitamin C include broccoli, strawberries and peppers.

Increased ESR: What Does An Increase In The Patient’s Erythrocyte Sedimentation Rate Tell Us?

Biliary colic: how to recognise and treat it