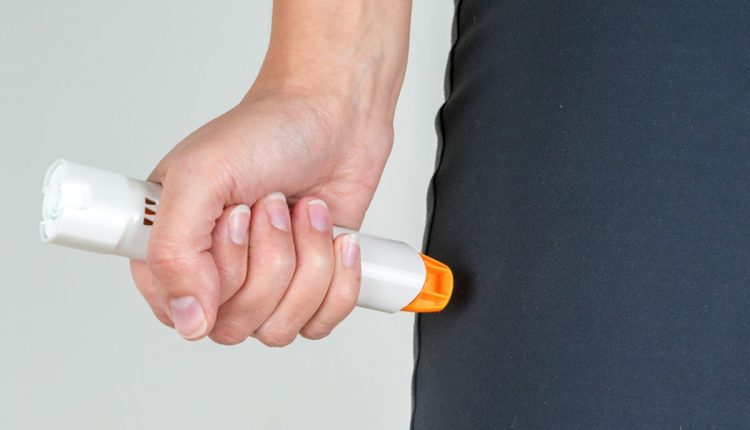 Wasp and bee stings, drugs, foods such as peanuts: these are some of the most common causes of anaphylactic shock (or anaphylaxis), the most severe of all allergic reactions which, if not dealt with promptly, can even be fatal

Although, fortunately, the mortality rate remains low, the frequency of hospitalisations for anaphylaxis, in particular induced by food and drugs, has been increasing in recent years.

From allergy to anaphylactic shock

Allergy is a very common condition: it is estimated that 15% of the general population will suffer some type of allergic reaction during their lifetime.

The immune system recognises a normally harmless foreign substance (allergen) as an aggressive agent to be defended against, triggering a violent hypersensitivity reaction.

Allergic symptoms vary depending on the mode of exposure, but generally allergy manifests itself with rhinitis or rhinoconjunctivitis, asthma, contact dermatitis, urticaria and/or angioedema, gastrointestinal disturbances, such as nausea, vomiting, diarrhoea and general malaise, hypotension, loss of consciousness and in severe cases, anaphylactic shock.

What is anaphylactic shock

Anaphylactic shock, or anaphylaxis, is the most severe and dangerous form of allergy.

At the basis of this reaction, as for all allergies, is the interaction between IgE and allergen, i.e. a substance that in predisposed persons can provoke the production of antibodies, called IgE.

These antibodies, after initial contact, attach themselves to the surface of certain cells, mast cells and basophils, which contain large amounts of histamine and other substances that can cause inflammation.

When the allergen comes into contact with the predisposed person’s body for the second time, it will encounter IgE fixed on the surface of the basophils and mast cells, causing the release of large amounts of histamine and inflammatory mediators responsible for anaphylactic shock.

The characteristics of anaphylactic shock, compared to ‘normal’ allergy, are:

The most frequent symptoms, present in more than 90% of cases, are skin and mucous membrane symptoms, followed by symptoms involving the respiratory and cardiovascular systems (in more than 50% of cases).

Usually, these symptoms are anticipated by tingling and a sense of warmth in the head, hands and feet.

Among the substances that can most commonly cause anaphylactic shock are:

In some cases, the triggering of the reaction is triggered by the presence of a cofactor, such as exercise, stress, infection, non-steroidal anti-inflammatory drugs and alcohol.

What to do in case of anaphylactic shock

In case of signs of anaphylactic shock, the first thing to do is to seek medical attention immediately and without wasting time, by calling Emergency Number or going to the emergency room.

If this is not possible or while waiting for help, it is advisable to

Other drugs used, again with a doctor’s prescription, to counteract anaphylactic shock are:

Anaesthesia And Allergic Reactions: Factors To Take Into Account

Wasp Sting And Anaphylactic Shock: What To Do Before The Ambulance Arrives?