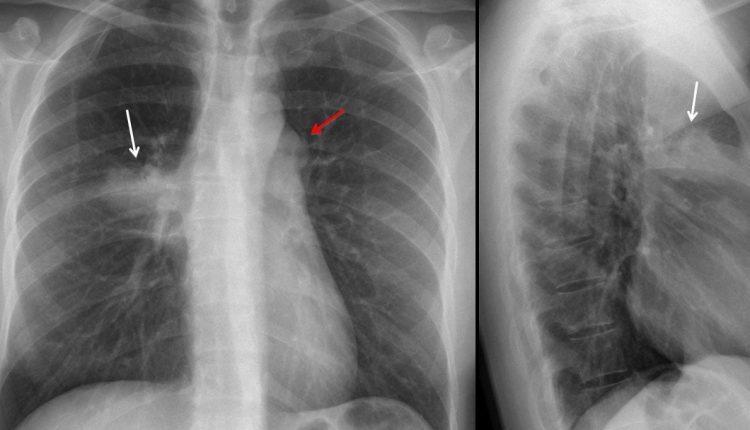 Bronchiectasis: how to recognise and treat it

Among chronic respiratory diseases, it is necessary to draw attention to bronchiectasis, a disease characterised by an abnormal and irreversible dilation of certain portions of the bronchial tree

During bronchiectasis, mucociliary clearance (i.e. the ability to dispose of mucus) is lost, and this is followed by a series of chronic respiratory infections and irreversible bronchial anatomical damage which, as in a vicious circle, further aggravates the pathology.

A recent Italian study showed a considerable increase in the prevalence of bronchiectasis disease from 62 to 163 cases per 100,000 inhabitants between 2005 and 2015.

The data also show a prevalence of the disease in women or those over 75 years of age.

The causes and symptoms of bronchiectasis

Bronchiectasis is caused by a multitude of factors, both congenital and acquired, which is why a quick and accurate diagnosis is essential to determine the cause of the disease at an early stage.

The rapid and accurate identification of the disorders that lead to the development of bronchiectasis is in fact a key element in the classification of the disease and is recommended by the most important international guidelines, as some of these clinical conditions can benefit from specific treatment and change the natural history of the disease.

Unfortunately, in approximately 40-50% of cases, the underlying causes of bronchiectasis cannot be identified.

It is therefore advisable to refer to your doctor if you have symptoms such as coughing, daily sputum, recurrent respiratory infections (including pneumonia), as well as blood in your sputum, shortness of breath, persistent fever and significant daily asthenia.

How bronchiectasis is diagnosed

The pulmonary specialist, after a careful check-up, if he suspects bronchiectasis, will ask for a high-resolution CT scan of the chest to confirm the diagnosis, as well as other examinations, which may vary depending on the patient’s clinical picture, including quantitative assessment of immunoglobulins, respiratory function tests, sputum culture tests and a check-up with a respiratory physiotherapist.

The patient with bronchiectasis is constantly monitored and, every two months, four months, six months or yearly depending on the clinical condition, further control examinations will be required: sputum culture examination and a visit with the pulmonologist and respiratory physiotherapist to assess the patient’s condition.

Individualised and multidisciplinary treatment as the basis for treatment of bronchiectasis

Unfortunately, there are currently no approved drugs for the management of bronchiectasis, so treatment is customised on a case-by-case basis according to the patient’s problems and medical history.

There are, however, a few fixed points in the treatment of bronchiectasis, and among these, respiratory physiotherapy is certainly of great importance, which, thanks to a series of specific exercises, helps to remove the mucus that stagnates in the bronchi.

Antibiotics, immunomodulating therapies and, in the event of bronchial obstruction, bronchodilator drugs are usually administered.

As in the case of other diseases, a multidisciplinary approach is essential.

Acute Bronchitis: What Are The Symptoms, How Long Does The Cough Last And How To Treat It

Lymphangiomas and lymphatic malformations: what they are, how to treat them