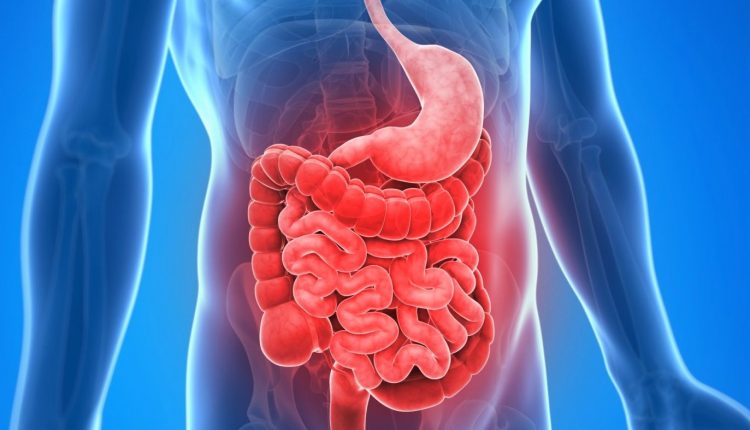 Crohn's disease: what it is, triggers, symptoms, treatment and diet

Crohn’s disease, also called regional enteritis, is a chronic inflammatory disease of the intestine that can affect any part of the gastrointestinal tract, from the mouth to the anus, causing abdominal pain, diarrhoea, vomiting and weight loss, but can also cause complications in other organs and systems, such as skin rashes, arthritis, inflammation of the eyes, fatigue and lack of concentration

Crohn’s disease is considered an autoimmune disease, in which the immune system attacks the gastrointestinal tract causing inflammation, although it is classified as a special type of inflammatory bowel disease.

Usually the onset is between 15 and 30 years of age, but it can occur at any age.

These mucosal lesions may become deep, longitudinal and transverse ulcers with oedema of the mucosa giving a characteristic cobblestone appearance to the intestine.

The transmural spread of inflammation causes lymphoedema and thickening of the intestinal wall and mesentery.

Mesenteric fat typically extends to cover the serosal surface of the intestine.

Extensive inflammation causes hypertrophy of the muscularis mucosae, fibrosis and stenosis formation that may lead to intestinal obstruction.

Abscesses are frequent and fistulas often penetrate neighbouring structures, including other intestinal loops, the bladder or the psoas muscle.

Fistulas may also extend to the skin of the anterior wall of the abdomen or flanks.

Regardless of endo-abdominal disease activity, perianal fistulas and abscesses appear in 25-33% of cases; these complications are often the most troublesome aspect of Crohn’s disease.

Non-caseous granulomas may form in the lymph nodes, peritoneum, liver and all layers of the intestinal wall.

Although pathognomonic if present, granulomas are not observed in about half of Crohn’s disease patients.

The presence of granulomas does not appear to be related to the clinical course.

The exact causes of Crohn’s disease are still unknown

However, a combination of environmental factors and genetic predisposition seems to be the most likely cause.

Genetic risk factors have been fully elucidated, making Crohn’s disease the first complex genetic disease in which light has been shed on its genetic background.

The relative risk of contracting the disease when one has a mutation in one of the risk genes, however, is actually very low (about 1:200). Other causes and risk factors are diet, infections and the immune system.

Dietary factors appear to be linked to the disease: a positive correlation was found between the incidence of the disease and a higher intake of animal protein, milk protein and a higher ratio of omega-6 and omega-3 polyunsaturated fatty acids.

In contrast, a negative correlation of disease incidence was found with increased consumption of vegetable protein and no correlation with fish protein.

Smoking was shown to be a contributing factor in the increased risk of the disease returning to the active phase.

The introduction of hormonal contraception in the US in 1960 is linked to a dramatic increase in the incidence rate of Crohn’s disease.

Although a causal link has not actually been proven, concerns remain that these drugs act on the digestive system in a similar way to smoking.

Numerous scientific studies have postulated isotretinoin as a possible cause of Crohn’s disease in some patients.

It is believed that certain microorganisms, such as Escherichia coli, can exploit to their advantage the weakness of the mucosa and the inability to remove bacteria from the host’s intestinal wall, both conditions present in Crohn’s disease.

The presence of different bacteria in the tissues and the variable responses to antibiotics suggest that Crohn’s disease is not a single disease, but a series of diseases related to different pathogens.

Many consider the disease an autoimmune disease caused by an abnormal cytokine response by lymphocytes.

The gene, which studies have strongly correlated with the disease, is ATG16L1 which can induce autophagy and is capable of hindering the body’s ability to attack invading bacteria.

Immunodeficiency, which is proven to be due (at least in part) to reduced cytokine secretion by macrophages, is believed to be the cause of the elevated inflammatory response, particularly in the colon, where the bacterial load is particularly high.

Symptoms are both systemic and specifically gastrointestinal.

The most common gastrointestinal signs and symptoms are:

The most common extraintestinal and systemic signs and symptoms are:

Involvement of the ileum and colon

Crohn’s disease can lead to various complications within the intestine, including:

Even a complete series of tests may not be sufficient for a diagnosis of Crohn’s made with absolute certainty.

In addition to history and objective examination, the most commonly used tests for diagnosis are mainly

Colonoscopy is the best test for making a diagnosis of Crohn’s disease, as it allows direct visualisation of the colon and terminal ileum, identifying the level of progression of changes.

Sometimes, the colonoscope can reach beyond the terminal ileum, but this varies from patient to patient.

During the procedure, the gastroenterologist may also perform a biopsy, taking small tissue samples for laboratory analysis.

This can help confirm a diagnosis.

Thirty per cent of Crohn’s disease involves only the ileum and therefore reaching this portion of the intestine is necessary to make the diagnosis.

Finding a patchy distribution of disease, with involvement of the colon or ileum but not the rectum, suggests the presence of the disease.

The usefulness of the endoscopic capsule is still uncertain.

An examination with barium contrast medium of the small intestine may be used for the diagnosis of Crohn’s disease when it involves it exclusively.

Colonoscopy and gastroscopy allow direct visualisation of only the terminal ileum and the beginning of the duodenum; they cannot be used to assess the rest of the small intestine.

With the radiological investigation carried out by having the patient take barium sulphate orally, any inflammation or narrowing can be investigated.

With opaque schism and fluoroscopy it is possible to image the colon and then analyse it for disease, but this procedure has fallen into disuse with the advent of colonoscopy.

However, this remains useful for identifying anatomical abnormalities when stenosis of the colon makes it impossible for the colonoscope to pass through them or for detecting colon fistulas (in this case, an iodinated, non-barytised contrast medium is used due to its toxicity).

Computed tomography (CT) is useful for the evaluation of the small intestine.

It is also useful for looking for intra-abdominal complications of Crohn’s disease, such as abscesses, small bowel obstructions or fistulas.

MRI is another option for imaging the small intestine and looking for complications, although it is more expensive and less readily available.

Laboratory tests should be performed to check for anaemia, hypoalbuminemia and electrolyte alterations

The presence of leucocytosis or increased levels of inflammation indices (e.g. ESR, C-reactive protein) are not specific, but can be serially checked to monitor disease activity.

To detect nutritional deficiencies, vitamin D and B12 levels should be checked every 1-2 years.

Additional laboratory parameters such as the levels of water-soluble vitamins (folic acid and niacin), fat-soluble vitamins (A, D, E and K) and minerals (zinc, selenium and copper) can be checked if a deficiency is suspected.

All patients with inflammatory bowel disease (IBD), both males and females, young or old, should have their bone mineral density monitored, usually by computerised bone densitometry (DEXA).

However, these tests do not completely differentiate the 2 diseases and are not recommended for routine diagnosis.

Additional antibodies such as anti-OmpC and anti-CBir1 are now available, but the clinical value of these additional tests is uncertain; some studies suggest that high titres of these antibodies have adverse prognosis implications.

There is currently no definitive cure for Crohn’s disease, but at best temporary remissions may occur.

In cases where this occurs, relapses can be prevented and symptoms controlled through the use of medication, lifestyle modification and, in some cases, surgery.

Treatment is therefore aimed at managing symptoms before the acute phase and later on at maintaining the remission state.

Lifestyle changes, diet and supplements in the treatment of Crohn’s disease

Lifestyle modifications can reduce the symptoms of the disease.

Eating small, frequent meals instead of large meals can help those who complain of a reduced appetite. Regular physical activity is also recommended.

Some patients need to follow a low-fibre diet to control symptoms.

Patients should avoid milk or dairy products, as research in 2007 showed that they can contribute to or even cause Crohn’s disease.

The use of dietary supplements, especially in patients who have had parts of their intestines resected, is recommended.

Among these, research in 2017 demonstrated the usefulness of ‘free’ curcumin (Curcuma longa) – biologically active and beneficial – due to its anti-inflammatory power, in reducing disease symptoms and inflammatory markers.

Acute treatment for the disease uses drugs to manage possible infections (usually antibiotics) and to reduce inflammation (usually through anti-inflammatory drugs and corticosteroids).

When symptoms are in remission, treatment consists of maintenance, with the aim of avoiding recurrence.

However, the prolonged use of corticosteroids entails significant side effects, so they are not used for long-term treatment.

Alternatives include aminosalicylates, although only a minority of patients are able to maintain treatment and many require immunosuppressive drugs.

It has also been suggested that the use of antibiotics may change the human microbiota and their continued use may pose the risk of proliferation of pathogens such as Clostridium difficile.

Although about 70% of patients eventually require surgery, surgery for Crohn’s disease is often performed reluctantly

Surgery is usually reserved for cases of recurrent intestinal obstruction or for intractable fistulas or abscesses.

Resection of the affected intestine may improve symptoms but does not cure the disease, given the likelihood of recurrence of Crohn’s disease even after resection of all clinically visible disease.

The recurrence rate, defined by the presence of endoscopic lesions at the level of the anastomosis, is

Defined by clinical symptoms, the recurrence rate is approx:

Subsequent surgery is necessary in about 50% of cases.

However, recurrence rates appear to be reduced by early postoperative prophylaxis with 6-mercaptopurine or azathioprine, metronidazole, or infliximab.

Furthermore, when surgery is performed with the appropriate indications, almost all patients have an improved quality of life.

It is characterised by periods of improvement followed by episodes of flare-ups of symptoms.

With treatment, most patients maintain a healthy weight and a normal life.

The mortality rate for the disease is relatively higher than in the healthy population, however, Crohn’s disease appears to be associated with an increased risk of small bowel and colorectal cancer.

Crohn’s Disease: What It Is And How To Treat It

What is albumin and why is the test performed to quantify blood albumin values?

COVID-19: The protective role of the gut microbiota in children