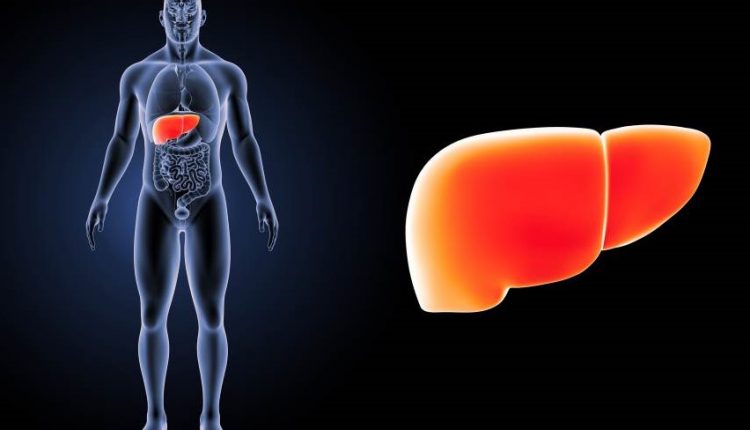 Fatty liver, if neglected, can lead to inflammation of the liver itself. It is called hepatic steatosis or NAFLD, which means “fatty liver due to a non-alcoholic cause”, and consists of an excessive accumulation of fat within the liver cells

According to recent statistics, more than 20% of adults and 15% of children are affected.

The fatty liver: how it accumulates and why it’s dangerous

It is normal for a certain amount of fat to accumulate in the liver, but when the percentage exceeds 5% of the organ’s weight, then the disease develops.

Fat accumulates because too much energy reaches the liver in the form of fatty acids, which come from excess sugar and fat (as happens in diabetes and obesity).

These acids are toxic to the liver because they oxidise and damage the mitochondria, the ‘batteries’ that produce the energy needed for the life of the cell.

The liver tries to protect itself by neutralising and accumulating the fatty acids in the form of triglyceride droplets.

If the influx of fatty acids to the liver continues, this protective mechanism is no longer sufficient and liver disease develops with inflammation and fibrosis (hardening of the liver), a condition known as NASH (non-alcoholic steatohepatitis).

NASH is more dangerous than steatosis (NAFLD), because it can lead to cirrhosis of the liver.

In other words, it is a bit like keeping your mobile phone constantly on charge: eventually the battery gets damaged and the mobile phone stops working.

Most NAFLD is linked to metabolic syndrome, which is characterised by being overweight, insulin resistance or diabetes, high triglyceride levels, high blood pressure and increased visceral abdominal fat.

This condition is associated with an increased cardiovascular risk, but can also facilitate the development of tumours and cause liver damage.

In some cases it can also occur in lean patients, i.e. those with a BMI (Body Mass Index) of less than 25 (in this case we speak of lean NAFLD). This is because, although they are of normal weight, they still accumulate visceral fat.

Then there are obese people, the so-called healthy obese, in whom visceral fat is present but is more ‘good’ and does not cause liver damage’.

It is therefore clear that the picture is more complex and nuanced than the equation overweight/obesity equals liver disease.

What really matters is the quantity and ‘quality’ of visceral fat.

Visceral fat is endocrinologically active, secreting hormones such as adiponectin and leptin, as well as playing an inflammatory role (secreting cytokines).

Genes that are protective (H63D17B13) and genes that aggravate the disease (PNPLA-3, TM-6, m-BOAT) are being isolated.

And that’s not all. There are also some genetic diseases that can cause hepatic steatosis:

How to treat fatty liver

We have to disconnect the mobile from the battery charger, i.e. introduce less energy, and use it more, i.e. increase energy consumption.

Diet and exercise are therefore the cornerstones of therapy. The aim should not be a rapid weight loss (which could damage the liver), but a lasting change in eating habits and lifestyle.

The patient should be taught to reduce the calories in the diet (e.g. by reducing portion sizes), but also to choose appropriate foods.

A useful tip is to Google ‘Glycemic index of foods’ and prefer those with a low index.

It is also important to include movement in your daily routine: for example, leaving the car far from the workplace and taking the stairs instead of the lift.

For the more homely, a trick is to recommend riding an exercise bike during the half-hour of the news every evening.

Obviously the consumption of alcohol should be limited, as it provides calories and in excessive quantities causes liver damage.

The safe limit not to be exceeded is 2 units of alcohol for men and 1 for women (one unit of alcohol corresponds to an average glass of wine or an average beer or a shot of spirits).

Another important aspect is to assess the cardiovascular risk, which is almost always present, and to correct it in cooperation with the general practitioner and other specialists.

Sometimes there are accompanying diseases that need to be recognised and treated, such as hypothyroidism and sleep apnoea syndrome.

Some drugs used to control blood pressure (ACE inhibitors and sartans) may slow down the progression of fibrosis and their use should be encouraged.

Statins, very important drugs that reduce cholesterol levels and cardiovascular risk, can also have a liver-protective effect (statins sometimes cause slight, non-threatening increases in transaminases, but these increases hardly ever justify their discontinuation).

Finally, we have a number of drugs that help the liver protect itself from oxidation and flush out fats (Vitamin E, Metformin, Pioglitazone and Silibin).

Many other molecules (FXR agonists, cenicriviroc, elafibranor, resmetiron, aldafermine and tropifexor etc.) are currently being studied and it is hoped that they can be introduced to treat this disease.

How it is discovered

The test for diagnosing a fatty liver is ultrasound. A simple ultrasound scan can show whether the liver is fatty and also determine the severity of the accumulation.

The most important thing, however, is to assess fibrosis, which gives a measure of the damage done to the liver.

Fibrosis is, in fact, the result of a state of persistent inflammation.

Let us imagine that the sea is the liver: if it is calm, and therefore there is no inflammation, no debris is brought to the beach, creating accumulations (fibrosis); if, on the other hand, it is “inflamed” by waves and waves, it will inevitably bring debris to the beach, which will end up accumulating.

The waves represent a temporary situation, while the debris represents the persistent damage caused to the beach.

A first indication of the condition of the liver can be obtained from blood tests, which combined in particular formulas (or scores) give an idea of the fibrosis that has accumulated in the liver.

As a first step, once the fatty liver is diagnosed, these scores are applied, the best known being the NAFLD FIBROSIS SCORE and the Fib-4.

If the scores are low, the patient has no significant damage and can be followed by the doctor who will give the appropriate dietary and hygiene advice.

If the scores exceed a certain threshold, the patient should be assessed by a specialist who will perform second-level tests.

For example, liver elasticity and fibrosis can be measured using transient elastometry (TE), known as FibroScan, and shear wave elastography (SWE), two non-invasive tests that are easy to apply and reproduce.

In more complicated cases, a liver biopsy, elasto-RMN or multiparametric MRI may be performed (the latter two examinations have not yet entered common clinical practice in Italy).

In even more special cases, the specialist will request genetic tests or specific examinations to exclude rare diseases.

Following this diagnostic assessment, the doctor can give the drug therapy currently indicated for NAFLD, refer the patient to bariatric surgery centres in the event of severe obesity or send the patient to other centres for possible inclusion in studies with new drugs.

Hepatitis In Children, Here Is What The Italian National Institute Of Health Says

Hepatic Steatosis: What It Is And How To Prevent It

The Different Types Of Hepatitis: Prevention And Treatment

Why do skin ulcers occur?

Assessment of neck and back pain in the patient